'Missing In America Project' has located the remains of nearly 4,500 veterans since 2008. 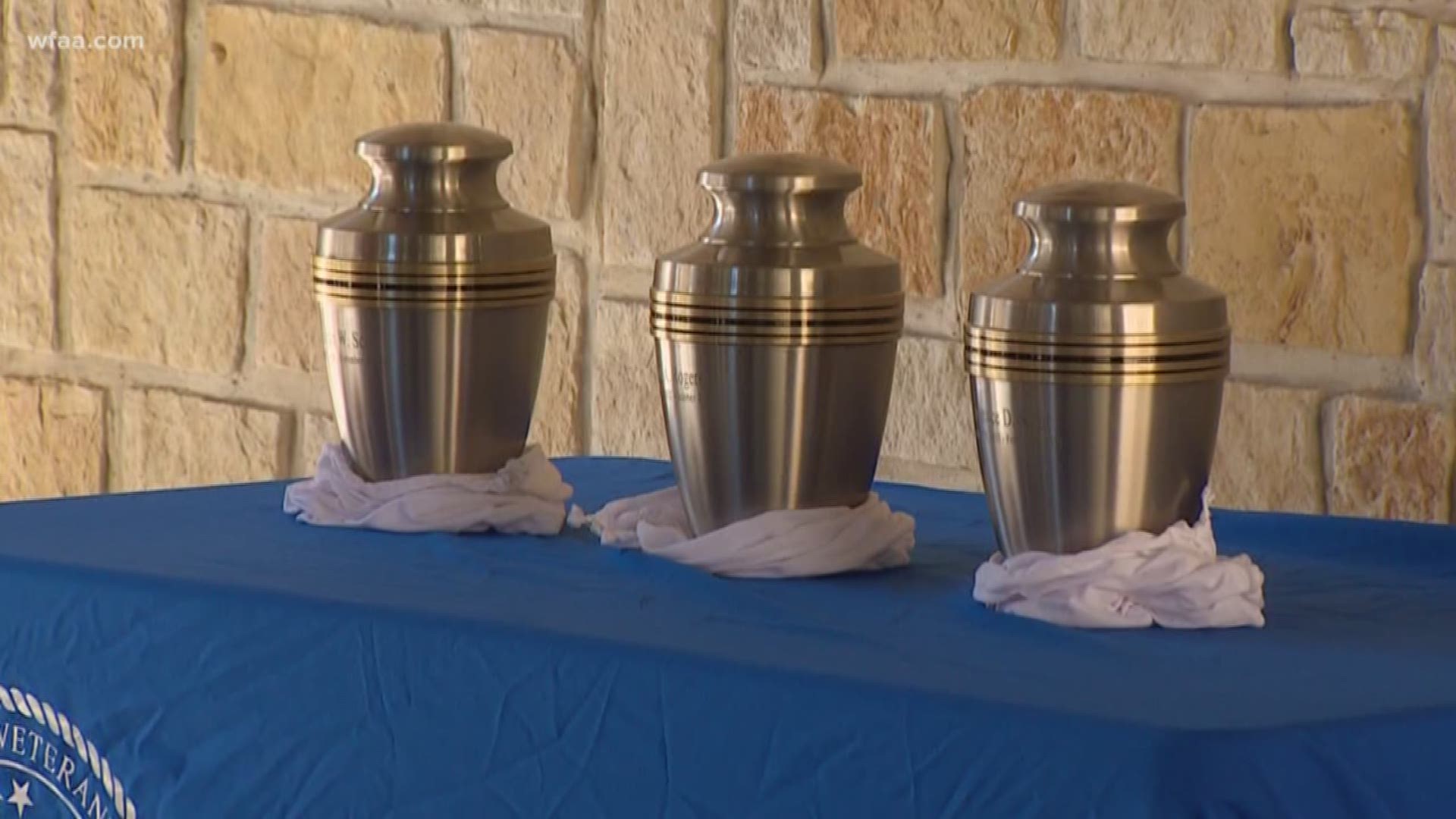 DALLAS — In many ways Friday looked and sounded the way you’d expect from a full military memorial service at Dallas Fort Worth National Cemetery.

But three urns placed on a table at the cemetery represent a largely untold story.

Since it started in 2008, the Missing In America Project has located the unclaimed remains of nearly 4,500 veterans.

Tyler Carver says he started volunteering for the non-profit a few years ago and then continued when he moved to North Texas last year.

“You don’t like to think that anybody doesn’t have family that would take care of them,” Carver said.

“It means I have a piece of his life from before I was here,” Roger said. “He was a good man – a very good man.”

Rogers says his father, Paul, who served during the Korean Ware era, lived a long life before passing three years ago. And then gave his body to science. So Friday gave he and his mother a chance for one final salute to father’s service.

“I think it’s a very good thing because some of them have drifted off into the nowhere – and there’s no family around,” Rogers said.

The remains of the three veterans interred are the first discovered in North Texas by the Missing in America Project.

“We know that there are a lot more out there,” Carver said.

Carver adds a majority of them are homeless veterans, many with no known family members to claim them from county morgues or funeral homes.

So a service at the national cemetery is the embodiment of the mission for the non-profit, to provide a dignified resting place on behalf of a grateful nation.

“These people can find them and bring them where they need to be,” Rogers says.