“He actually took a picture with me and all of my children and told them they were someone important." 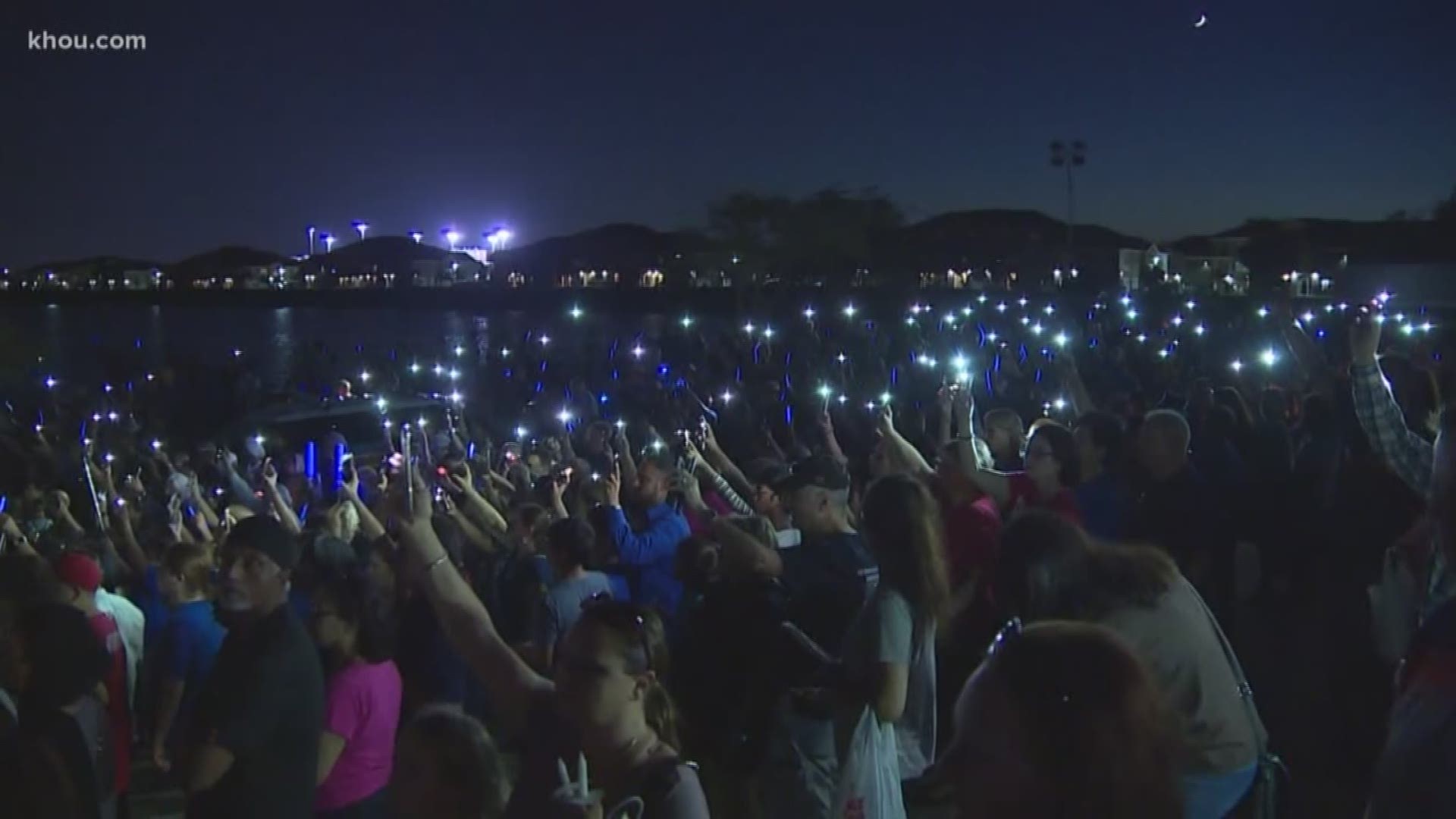 HARRIS COUNTY, Texas — The community Deputy Sandeep Dhaliwal served joined friends and family to shower one another with stories of a hero always lifting up others.

RELATED: Standing with the Dhaliwals: Here are all the ways you can help the family of the fallen deputy

For two often tearful hours at the park named in Goforth’s honor in northwest Harris County, the community listened to tales about Dhaliwal’s energy and determination to do something rare in the Sikh community: serve with a law enforcement badge. He joined the Harris County Sheriff’s Office 10 years ago.

“He said we’re all going to be gone someday,” said a friend who tried to talk Dhaliwal out of it. “We could be gone driving to work tomorrow. I might as well be doing something that I really love.”

Friends said Dhaliwal loved to dance and being a father and husband. They called him “Vicky” the bouncer, though, because he was a protector and insisted everyone always follow rules.

“Everything that he saw, everyone that he touched, everyone he engaged was good,” former Harris County Sheriff and current county commissioner Adrian Garcia said of the way Dhaliwal’s approached life.

Instead of focusing on his death in the line of duty, the community celebrated Dhaliwal’s legacy.

A group of girl scouts even made ribbons for everyone to wear in his memory.

“(He was there) to save our life and make us have a better life,” Melania Robles, 7, said.

“I will go to the floor of the Congress of the United States of America and I plan to put into the record the story of this officer so that those who look through the vista of time when they look back on this time they will know that he served us,” Congressman Al Green told the crowd.