Renting scam pops up in Killeen

The scam is nothing new. 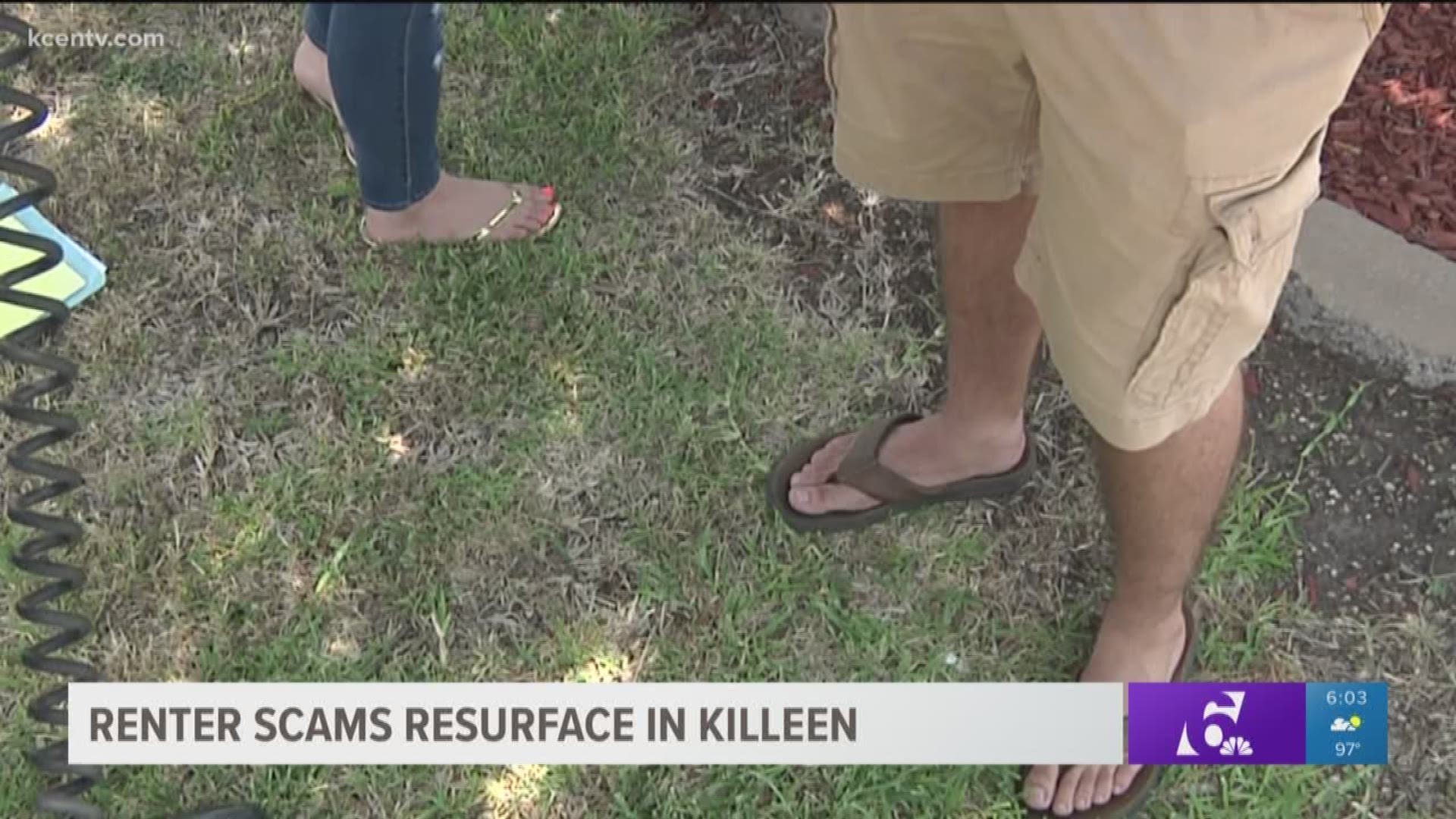 KILLEEN — A person knocks on your door and tells you they are ready to move into your house. Are they crazy? No, but they're probably being scammed.

A Killeen couple said that's exactly what happened to them on Tuesday. A woman came to their door and believed she was going to rent their house for $800 a month. Of course, the house was not currently for rent and the person who was trying to sell it was just trying to take her money.

The couple, Matt and Sarah, did not want their last name used, but they told Channel 6 how they attempted to text the scammer after getting his number from that woman. The couple texted the number, pretending to be interested in the house. A trail of text messages showed the scammer was more than willing to try and rent Matt and Sarah the home that they were already living in. The scammer told the couple what forms to fill out and how to send the money - they wanted a money gram sent from Walmart. When they asked the scammer to do a walkthrough with them, the person said they were not in Texas and advised the couple to "look through the window."

When Matt sent the scammer a picture of the house, inquiring about why there were two vehicles in the driveway and a sign for a completely different property manager. The scammer did not respond and the number used to text became disconnected.

"I would find it a little sketchy to fall for it," Matt said. "Luckily the person who showed up to my house found it sketchy as well. I didn't even know it was a scam until two days ago."

"We probably ran across it once a week," Brown said. "One of the things we did, it was suggested to us to put watermarks on the pictures. It makes it much harder for the scammer to say 'this is me.'"

Brown told Channel 6 there are plenty of red flags that should keep a potential renter from falling for one of these scams.

"(The property manager) needs to have a facility. If they ask you to ship money, and you've never seen the house, those are red flags," Brown said. "We do not rent sight unseen. If you are coming to Fort Hood and found a house you loved, I am not renting it to you unless you have seen it."

If a potential renter ends up in a situation where they cannot meet the property manager, or the manager seems to have a legitimate reason for selling a house "sight unseen," customers make sure they have a legitimate real estate license before any money changes hands.

Go to the Texas Real Estate Commission website and use the License Holder Search feature on the front page.