The Democratic delegation spoke to local media members following a tour of the area where hundreds of asylum-seeking children are being housed. 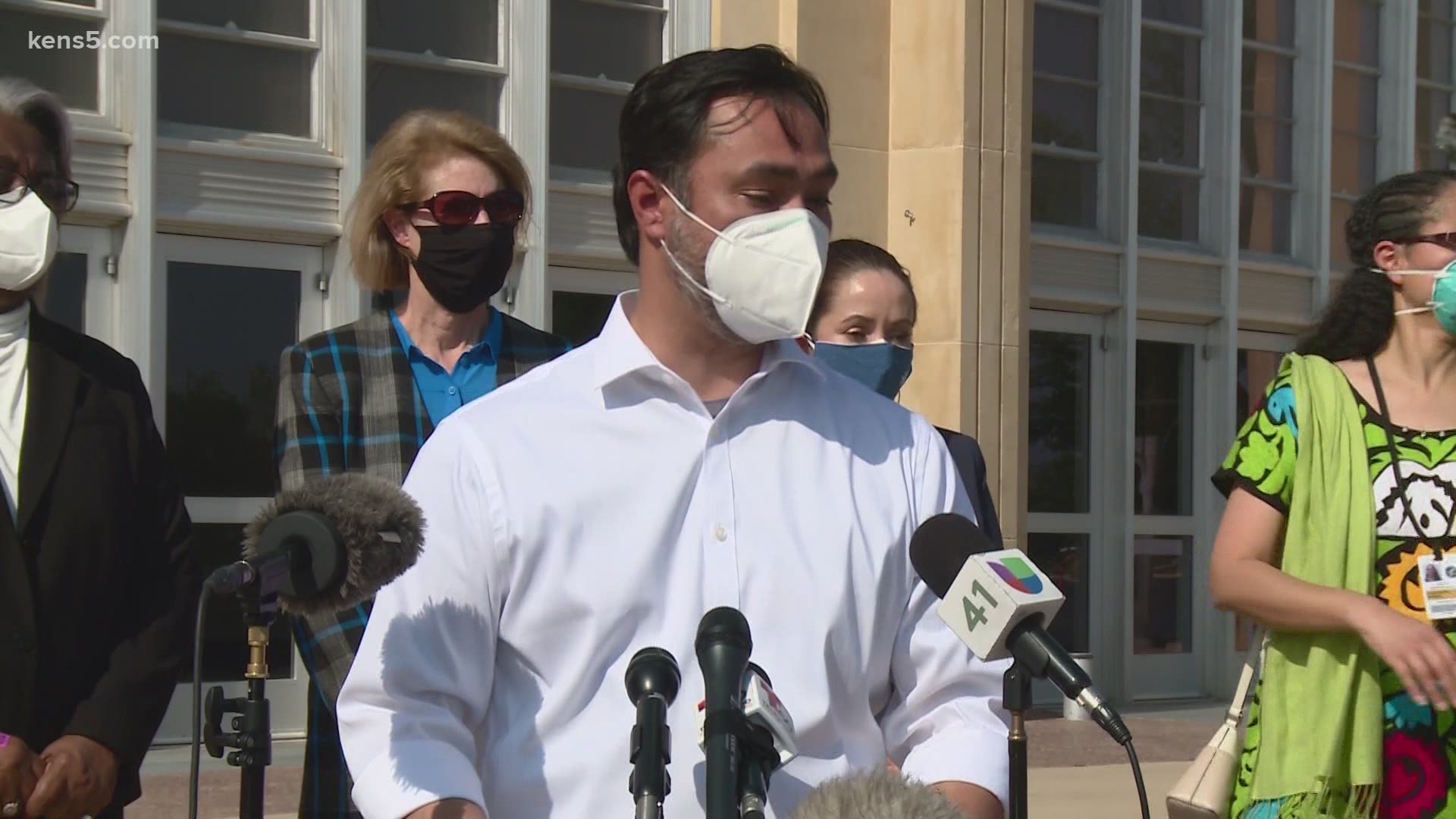 SAN ANTONIO — A Democratic delegation led by Congressman Joaquin Castro said they observed no evidence of mistreatment against the roughly 1,900 young asylum-seekers being temporarily housed at the Freeman Coliseum grounds this month, saying those with COVID-19 were isolated and "staff were engaged."

The comments, made to local news media members Friday afternoon following a private tour of the areas where minors are being housed, run counter to the claims made by Gov. Greg Abbott, who this week said Texas agencies had received "very credible allegations" of sexual abuse and mistreatment inside the Freeman intake site. On Friday, Castro and multiple members of the Texas House of Representatives urged Abbott to present the evidence of those claims, and criticized the governor for "throwing political bombs."

"Governor Abbott made the allegations before ever going inside and visiting with the kids," Castro said. "The governor didn't have the care to look these people in the face, to see who they are and what they're about."

Another member of the delegation said they had invited Abbott to Friday's tour. And Texas Rep. Ann Johnson emphasized the seriousness of the allegations.

During a Wednesday press conference from near the Freeman grounds, Abbott called for the facility to be shut down after, he said, authorities at Texas agencies were tipped off about the possibility of sexual assault and neglect inside the intake site. He did not specify who the claims came from, and while they were met with skepticism from local leaders, they have pledged to investigate any credible reports of misconduct.

Abbott renewed his call to the federal government in a Friday letter to Vice President Kamala Harris, and relayed more details about the allegations to her.

According to a state report included in the letter, someone alleges migrant children are engaging in sexual behavior in the showers, sexually "acting out," and bullying other children who "may be homosexual."

Someone also complained that staff are not trained in CPR or first aid, and are too outnumbered at night.

Democratic lawmakers called on Abbott to send more state workers to help at the shelter, noting there are currently 20 children for every staff member. The federal government aims to narrow that ratio to 15 children per caretaker, they said.

Castro confirmed Friday officials with Texas Health and Human Services is looking into the allegations. Meanwhile, a White House spokesperson said the Biden administration "saw no basis for Governor Abbott's call to shut down" the site, but said the federal government would also investigate.

A day after the federal government reported that no children have been discharged from the Freeman and reunified with sponsors, Castro said there are now 100 caseworkers on the Freeman grounds to help get children out of the facility and into better care.