Capt. Paul Pecena says he is leaving the city in good hands as he retires, and as his son Will begins his tour as a Mesquite police officer. 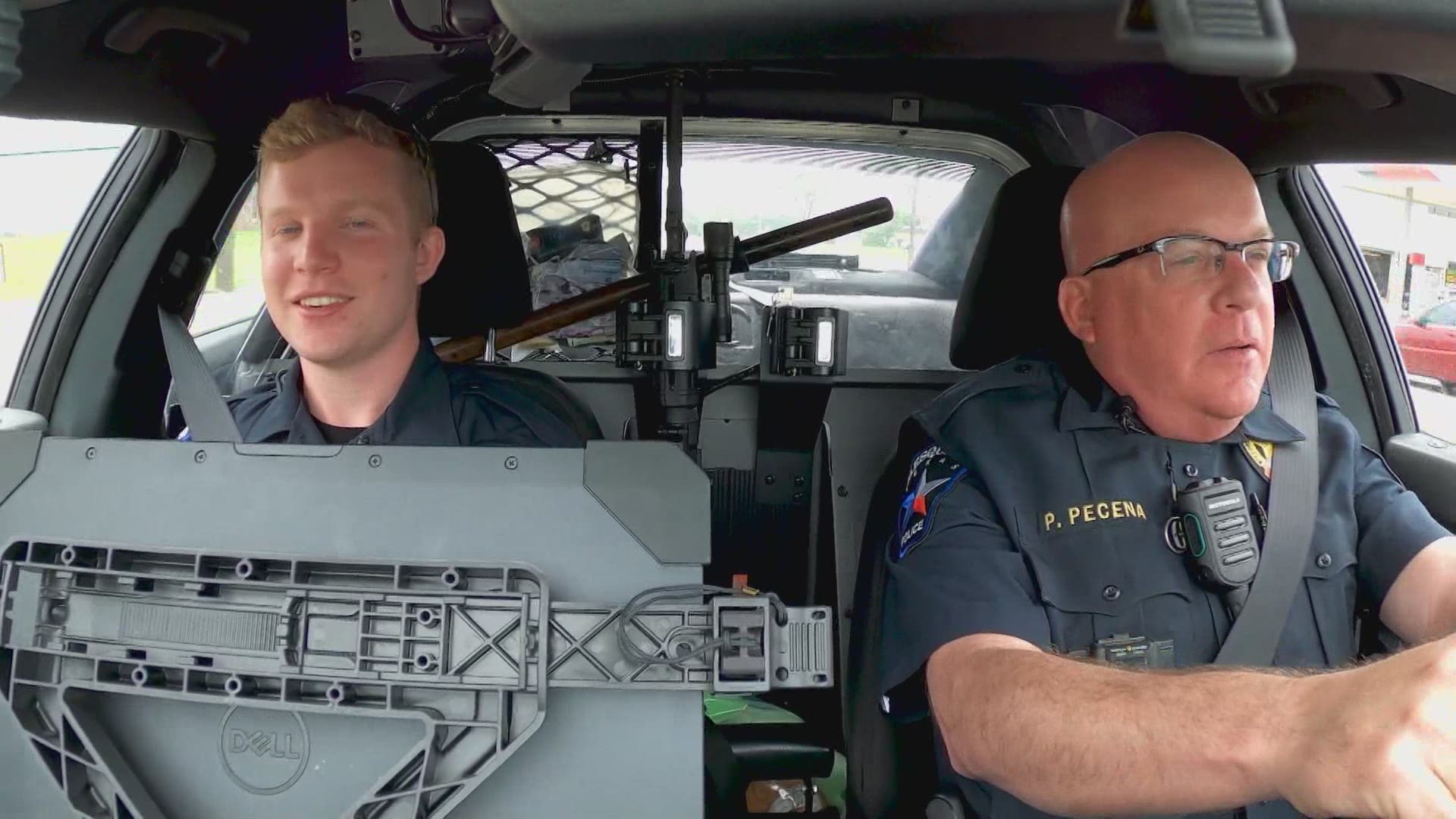 MESQUITE, Texas — A captain for the Mesquite Police Department ended his 33-year career with mixed feelings on Friday.

As he celebrated the end of a successful career, his son was seated beside him for his final trip in a patrol car: a son just beginning his attempt to follow in his dad's footsteps.

"Today I'm learning what bittersweet is," said Captain Paul Pecena on his final day of service with the Mesquite Police Department.

His son Will, 24, who graduated from the academy last July, was allowed to be his dad's final patrol partner. So, with WFAA cameras along for that ride Pecena joked he only had one simple goal for the day.

"Don't burst into tears in public," he said.

"And don't have a traffic accident," he said, as both he and his son laughed.

Will said he knew as early as the age of 16 that he wanted to be a police officer just like his dad.

"The dedication to the job," Will said, when asked what he admired most about his dad's years of service.

"It's difficult to see your son go into a dangerous  occupation," Pecena said. "But in our time on patrol together, I've had the chance to see that he's good at it. And that gives me confidence."

And clearly a bittersweet moment for Leslie Pecena, Paul's wife and Will's mom, who made sure she was at the station for that final day too.

"I'm so proud of my husband and the job he has done," she said, fighting back tears. "And even more emotional about my son. But, we need good men like him."

On that last patrol together Friday afternoon, a dad and captain offered final words of advice to his son: especially these words.

"To maintain his humanity," he said, of what he has told Will. "And to remember that the proof of that is for every person that might curse you, there's 20 more of the good citizens here in Mesquite who will bless you and thank you for what you do."

After the final patrol together, it is traditional for an offer to sign off for a final time.

"Mesquite Police Department would like to honor retiring Captain Paul Pecena on his last day on duty," a dispatcher said over the police radio.

"It has been my honor to serve with you," Pecena answered from his patrol car radio. "May God bless and keep you all. I'm 10-7."

Pecena, as promised, did not get into a traffic accident and did not burst into tears. His wife and daughter, however, fought back tears of their own as they watched.

"We made it. Congratulations," Will told his father.

"I'm proud of you Will," he answered.

An officer proud of a 33-year career and of a son ready to put it all on the line next.