Construction on the buildings will begin in October and are expected to take about 18 months. 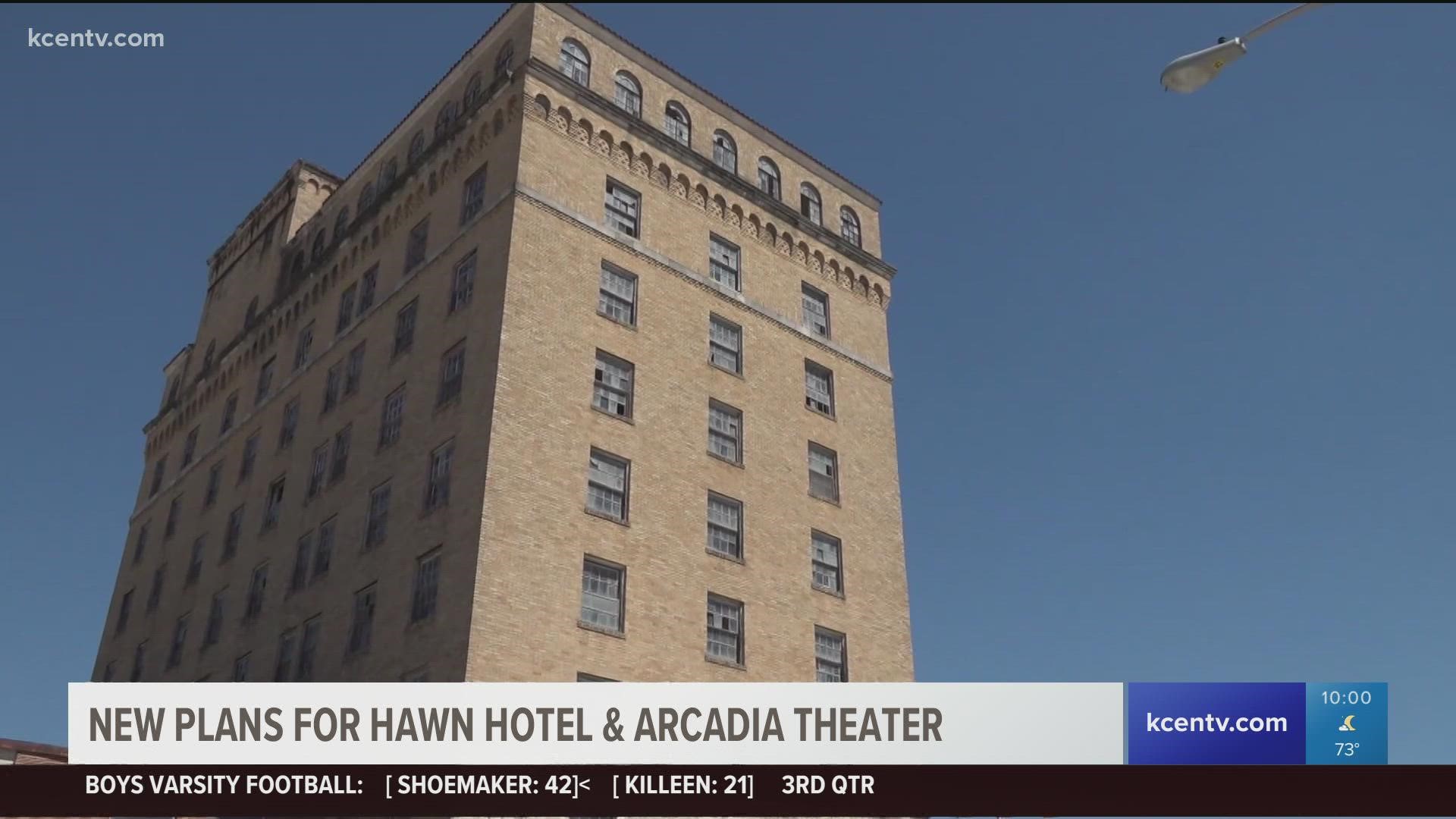 On Thursday, the City of Temple announced how it's partnering with Waco real-estate developer Turner Behringer Development to transform the buildings into apartments, retail and restaurant spaces, offices, as well as a multi-purpose and events hall.

“The Hawn Hotel and Arcadia Theater have been pillars of Temple’s historic downtown for nearly a century, so we are beyond excited to see that these landmarks are going to get a second life,” Temple City Manager Brynn Myers said. “There have been so many dedicated people who have worked to make this a reality, and we can’t wait to see what the end result will be.”

“Adaptive reuse refers to the conservation attempt to reuse an existing structure for purposes other than for which it was originally constructed,” said Shane Turner, Partner and Broker at Turner Behringer. “We have had great success with our adaptive reuse projects in Waco... and are excited to expand into Temple,” Turner continued.

All projects are expected to be completed by Spring 2023.

This project is going to be part of a new Downtown City Center, which includes street improvements, landscaping, signs and a downtown parking garage, plus more.

Past projects for the real-estate developer included the Hippodrome Theater, Madison Apartments and Altura Lofts.