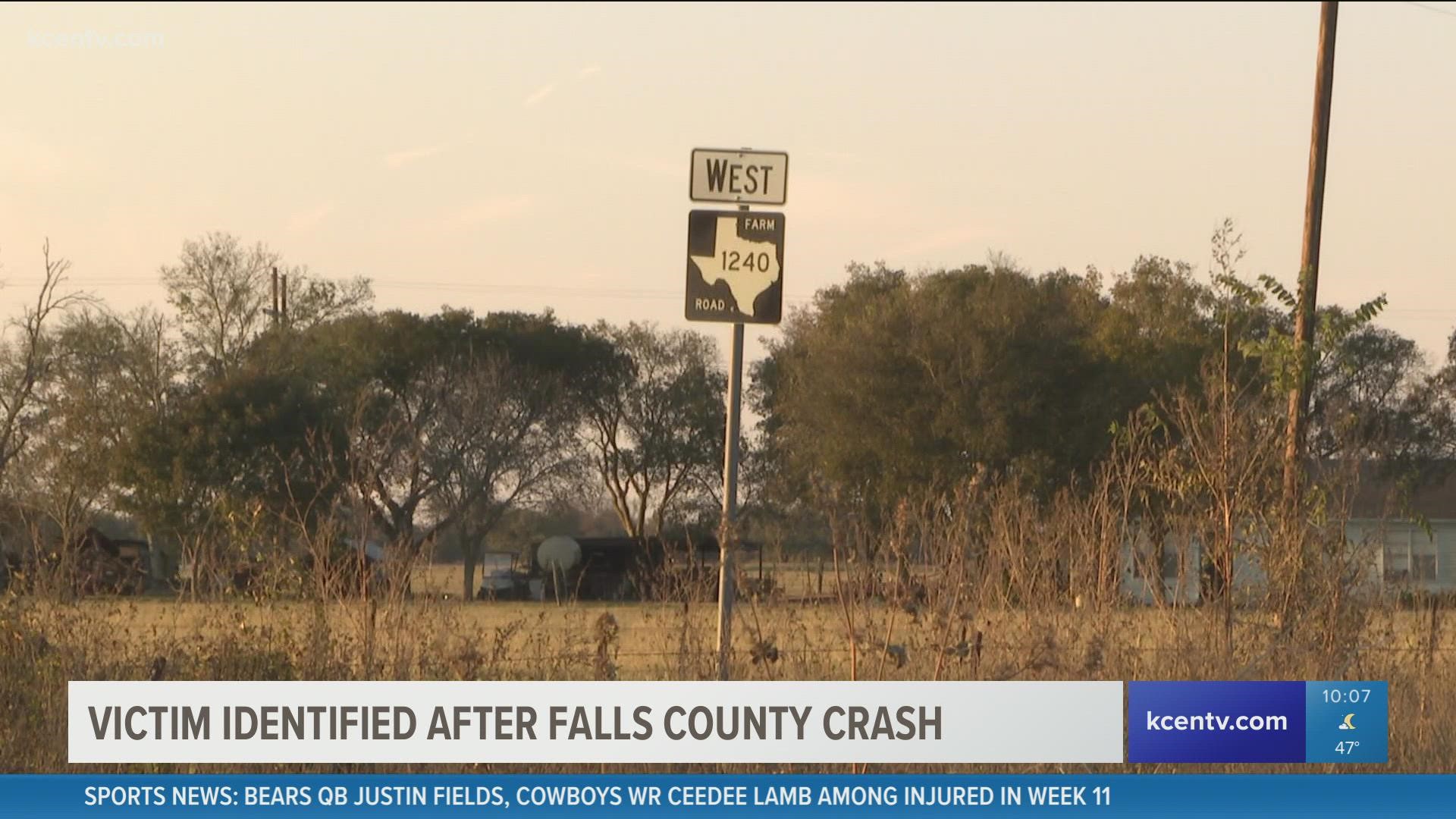 FALLS COUNTY, Texas — The scene of a deadly crash involving an overturned tractor-trailer carrying anhydrous ammonia was cleared around 10 a.m. Monday, according to the Texas Department of Transportation.

The crash happened at around 12:30 p.m. Friday in Falls County on southbound Farm-to-Market Road 1240 near milepost 582.

DPS said the driver, Noe Salas, 57, lost control on a curve, left the road, overturned and hit a tree. The impact of the crash punctured the tank.

Salas was able to get out of the truck but later died, DPS said. The cause of death is believed to be exposure to anhydrous ammonia.

The Waco Fire Department's Hazardous Materials team was called to secure the area. Anyone living in the area was asked to remain indoors.

OTTO- Crash site is now open on 1240. Please use caution there is still a small cleanup crew on site.