Operations Sergeant Robert Pettigrew served with the Bell County Sheriff's Office and was dedicated to teaching others. Now his family is keeping that legacy alive. 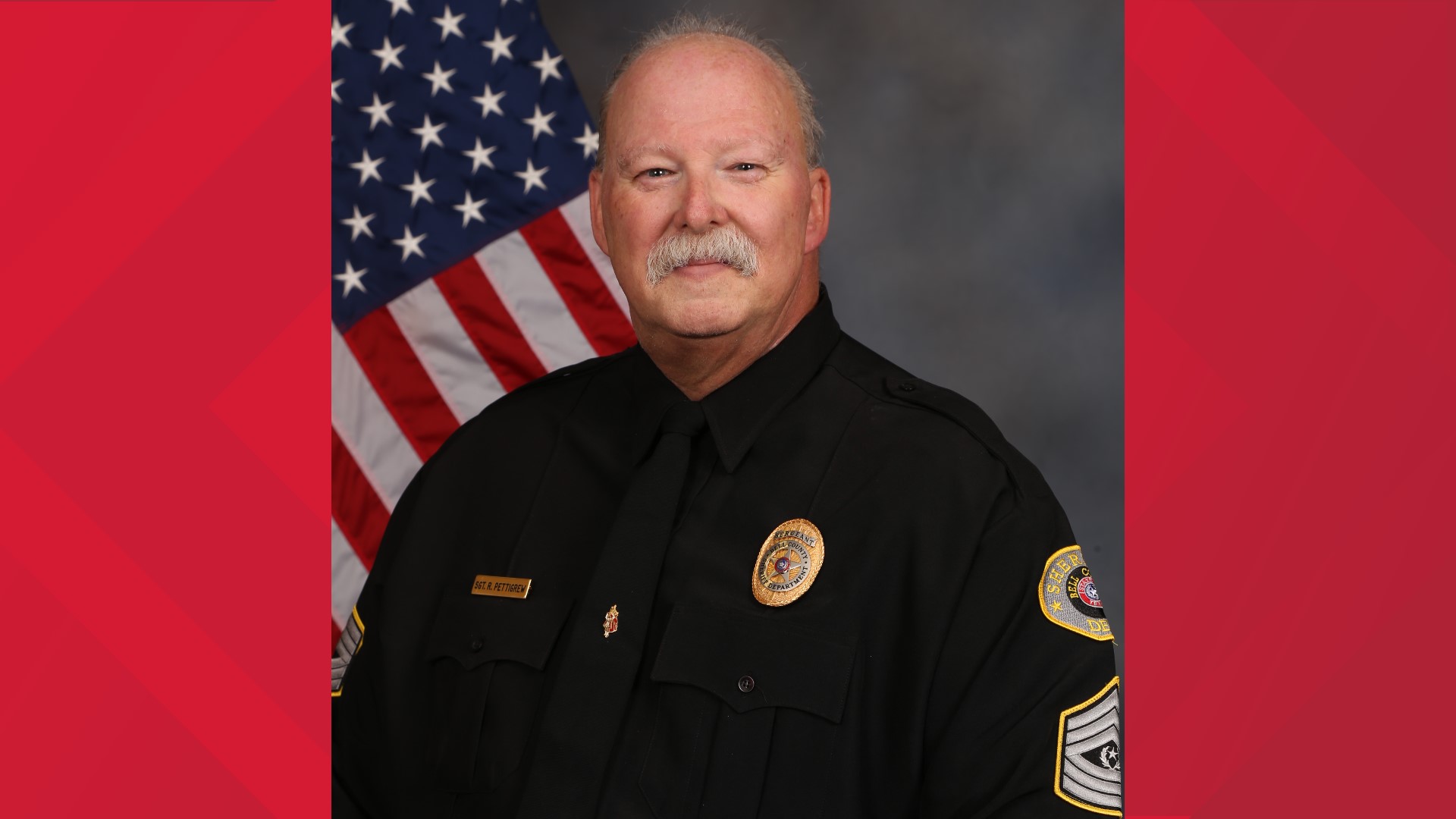 BELL COUNTY, Texas — Sgt Robert Pettigrew severed the Bell County Sheriff's Office for 27 years. He had instructed at the Central Texas Police Academy for 11 years and even served Bell County Schools as the D.A.R.E Officer. Daughter Lorin McMullen had never expected to lose him at the age of 59, but on April 27 he suddenly passed away. The loss was felt across the community.

"It was such a sudden loss. We were not at all prepared," McMullen said. "There was such an outpouring from everyone that he worked with and the students that he taught. Everyone just had so many stories of how they were inspired by him."

McMullen said Pettigrew taught multiple classes at the police academy ranging from firearms training to mental health classes. She, and many others, were not ready to let his legacy of training new officers fade. So they didn't.

Instead, family members worked together to create the Robert L Pettigrew Memorial Foundation. The organization is recognized as a 501(c)(3) nonprofit and was founded for the specific purpose of providing scholarships to the Central Texas Police Academy.

McMullen told 6 News the organization has already completed one letter-writing campaign and collected around $2800 for the first scholarship. The foundation wants to have at least two available to award in July of 2021. McMullen said the academy got on board right away.

"He just has such a great reputation around the entire academy and they were all so excited to be able to offer these opportunities," McMullen said. "There are so many people that will be coming through the police academy that knew him as well.

McMullen said people can help supports the scholarships on their website. She hopes the foundation can continue Pettigrew's mission of strengthening the law enforcement community.

"He held himself and everyone around him to a very high level of integrity. My dad was a Christian first and foremost and you could see through any interaction he had with anyone," McMullen said. "It was really important for him to be involved and for people to be involved and remember that these are the good guys and the people you call when you need help."

McMullen said the foundation will start taking applications in September of this year.