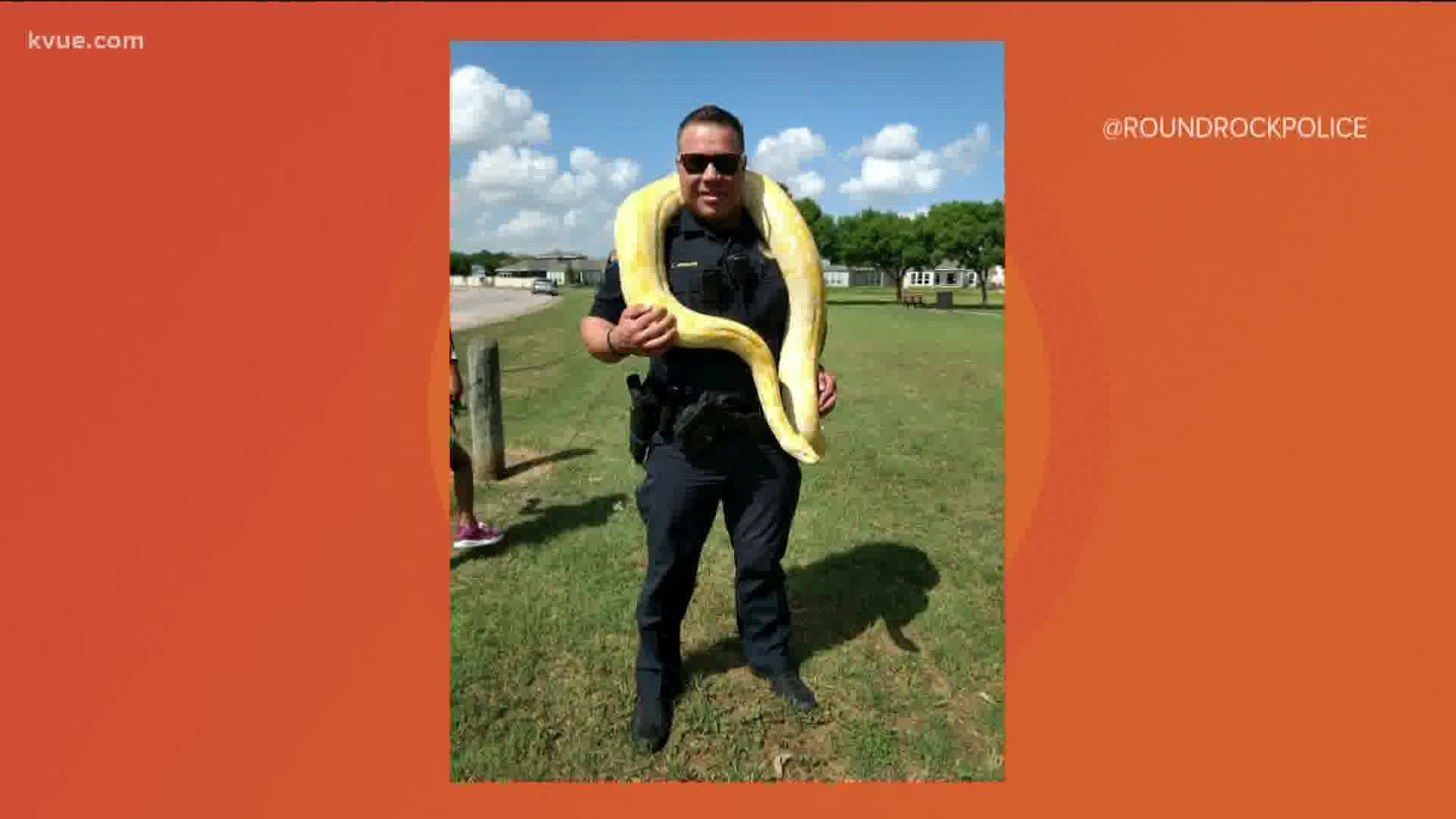 ROUND ROCK, Texas — On Saturday afternoon, Round Rock police responded to a slithery suspect after reports of a snake loose in a park.

According to the Round Rock Police Department, Officer “Aaron Exotic” Moeller responded to the call.

Honey was accompanied by her owners, the Round Rock Police Department said.

It was determined there was no threat to the public.