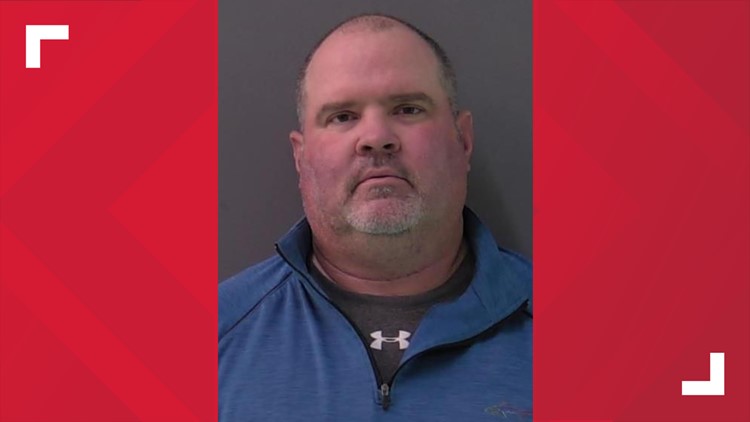 Photo by: Bell County Sheriff's Office
Christopher Graham was charged with deadly conduct for pulling a gun on a man at the Salado golf course.

SALADO, Texas — The General Manager and Director of Golf at Salado's Mill Creek Country Club was charged with deadly conduct for pulling a gun on a man and his family near the golf course.

According to a Salado police arrest affidavit, Christopher Graham pulled up to Eric Torres and his family in a golf cart a little before 6 p.m. Monday.

Torres said he was in the creek near the golf course when Graham told them he was trespassing.

Torres approached Graham and that's when police said Graham pulled out a small black pistol and pointed it at him, according to the affidavit.

Graham then left the area on his golf cart while pointing his pistol at Torres.

Police said they made several attempts to contact Graham but he would not speak with them.

The warrant for Graham's arrest was issued Wednesday.

A phone call to Mill Creek was not returned.

Kimberlyn Yvonne Lurati made a Facebook post Tuesday about the situation that told Salado, Mill Creek community members to, "Beware." The full post is linked below.