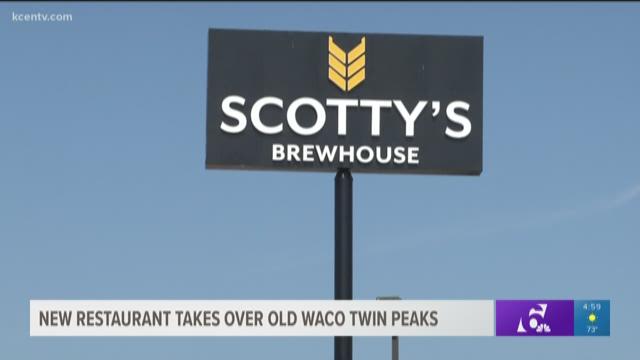 Indiana-based craft beer sports bar Scotty's Brewhouse officially opened to the public in Waco Monday -- taking the place of the former Twin Peaks restaurant, where nine people were shot and killed during the 2015 shooting.

Scotty's Brewhouse completely renovated the building, which is still located at 4671 S. Jack Kultgen Expressway in the Central Texas Marketplace.

"The renovation went really well,” Scotty’s Brewhouse President Chris Martin said in a statement. “The people of Waco have been very positive and helpful throughout this process. We look forward now to making a positive impact on the community, as being an active part of our Community is one of the core values and part of what we do at every Scotty’s location."

The new restaurant has more than 40 televisions and seats 300 people, who can visit for lunch or dinner. It opens at 11 a.m. daily and features a full-service bar with 24 draft options, including local craft beers.

“We work very hard to find and carry the best local craft beers,” Mark Sontag, Director of Food and Beverage at Scotty’s Brewhouse, said in a statement. “We are constantly rotating our taps to make sure frequent guests can always try something new and unique created by their local breweries while they watch the game.”