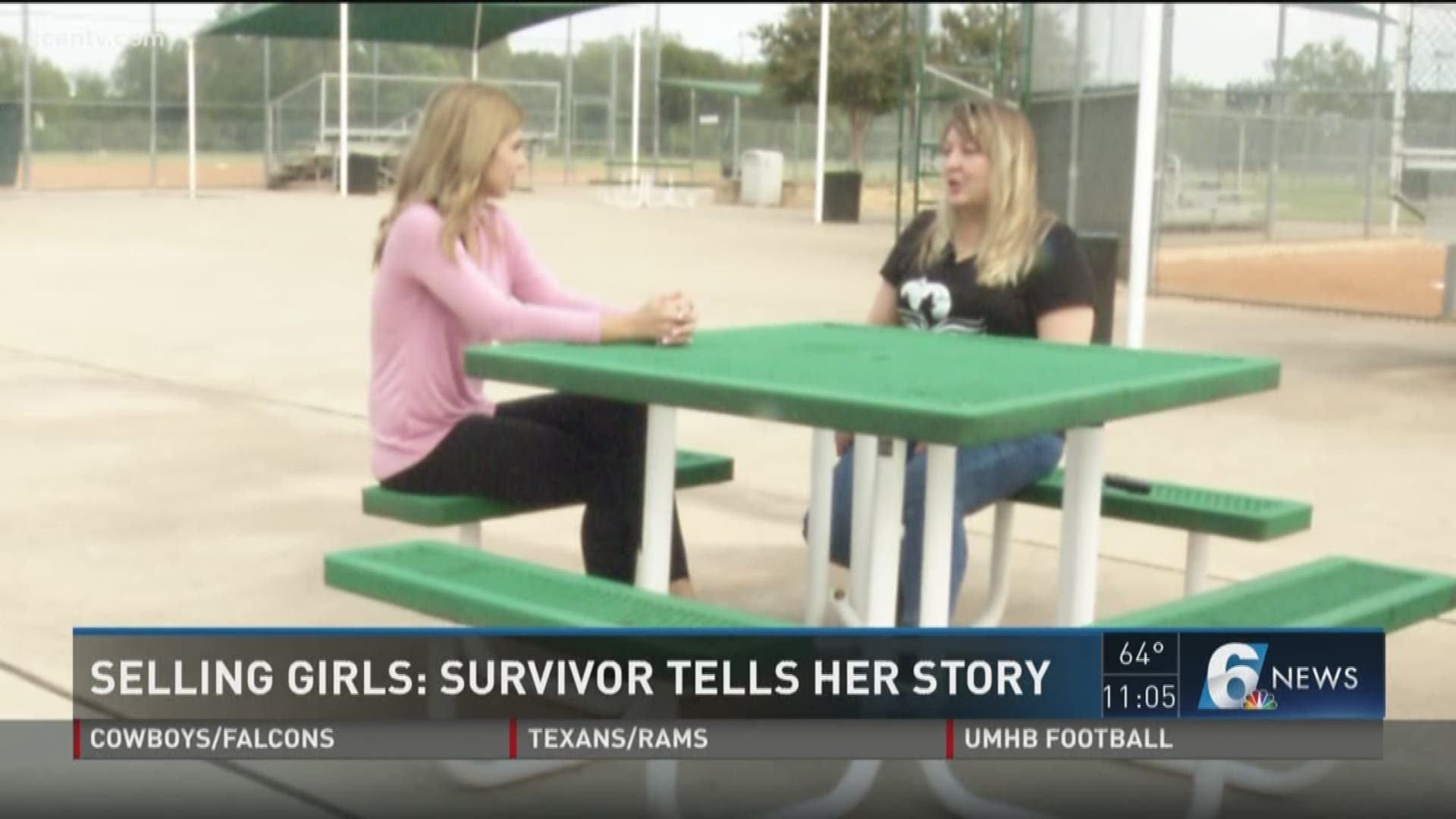 Around 79,000 minors are trafficked in Texas alone. Most of these victims are girls. Human trafficking survivor, Toni McKinley recalls the experiences she faced as a young girl. "It was very bad. There was a few times when I almost lost my life. It's just very scary and hard to talk about." Despite how hard her experiences were, she now uses her past to help girls, who have been trafficked, have a better future. Toni's story started when she was just a young girl. She was six years old, living in an abusive home, when the trafficking began by family members. That went on for about three years.

Growing up in an abusive home led her to becoming a runaway at 15 years old. While waiting for her friends to get out of school, she was approached by an older man and a few kids her age. They asked her if she wanted to hang out, so she agreed. "I would have never walked off with him, he was a 30 year old some odd male but what made me go with him was all these other kids that looked my age with him." She was reported missing for 21 days as she stayed with this man in his apartment complex. Despite this man trafficking her, she chose to stay with him. "Here's a man that's going to take care of me, complimenting me, and telling me how sweet I am and hows he's going to protect me and he does. He shows you how he protects you but then he turns around and abuses you and allows other men to come in and abuse you."

After 21 days, she was found and taken to live in different women's homes until she eventually went back to her parents house. She was told she'd have to move out as soon as she turned 18. On her birthday, she was packed in her car with no where to go. That's when she remembered, "something came to my memory of another man telling me if you ever needed a place to stay look this guy up because hell take you in." So she looked him up and went to live with him. She recalls not questioning the situation, "he was married, he was a grandfather figure, had his grandson living with him. He had a reputation in the community so I really didn't think twice about it. It seemed safe. It took him about a month, maybe a little longer, before he created this debt that I believed I owed him and so now I have to pay this debt off. So that's when he not only trafficked me and took me to his friends house but he also started filming and taking pictures of me for pornography and making money that way."

An old boyfriend came back into Toni's life and helped her get out of that situation. It was after that last situation that she vowed to never be in that position again. She worked on earning a degree and became a certified therapist. Toni says it's helped her deal with her own recovery as well as help other girls in similar situations as her. She is now an employee of The Refuge: Domestic Minor Sex Trafficking, helping girls become survivors just like she is. She is also a proud mother of 4 children.

To learn more about The Refuge, visit: www.therefugeaustin.org