The southbound lanes reopened Friday morning after a semi-truck caught fire around 3:30 am. in the northbound lanes of I-35 in Belton. 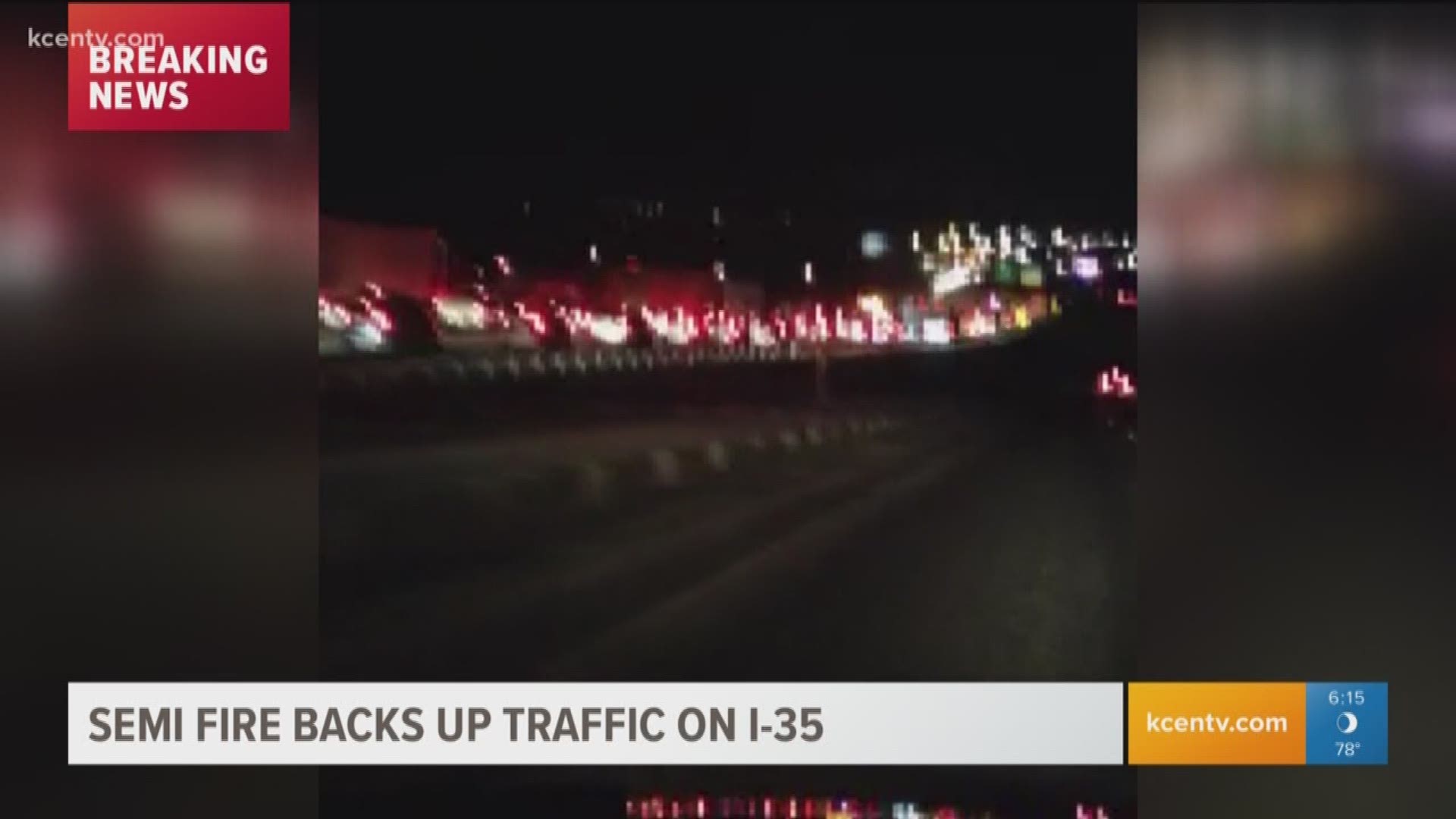 BELTON, TX — Interstate 35 was reopened just before noon after a semi-truck caught fire early Friday morning, according to TxDOT.

The Bell County Sheriff's Department received a call around 3:39 a.m.regarding the fire on I-35 northbound near East Central Avenue.

The semi-truck caught fire in the northbound lanes. It was filled with cans of Axe body spray which started to explode once the fire reached them.

The driver of the semi-truck was not injured.

Becca Page was driving in the area and sent us the videos below.

PHOTOS: Aftermath of I-35 semi-truck fire in Belton