"I know that $30 doesn't seem like a lot to some people, but it is a lot to others like it's really a big deal," said Jennifer Lassich. 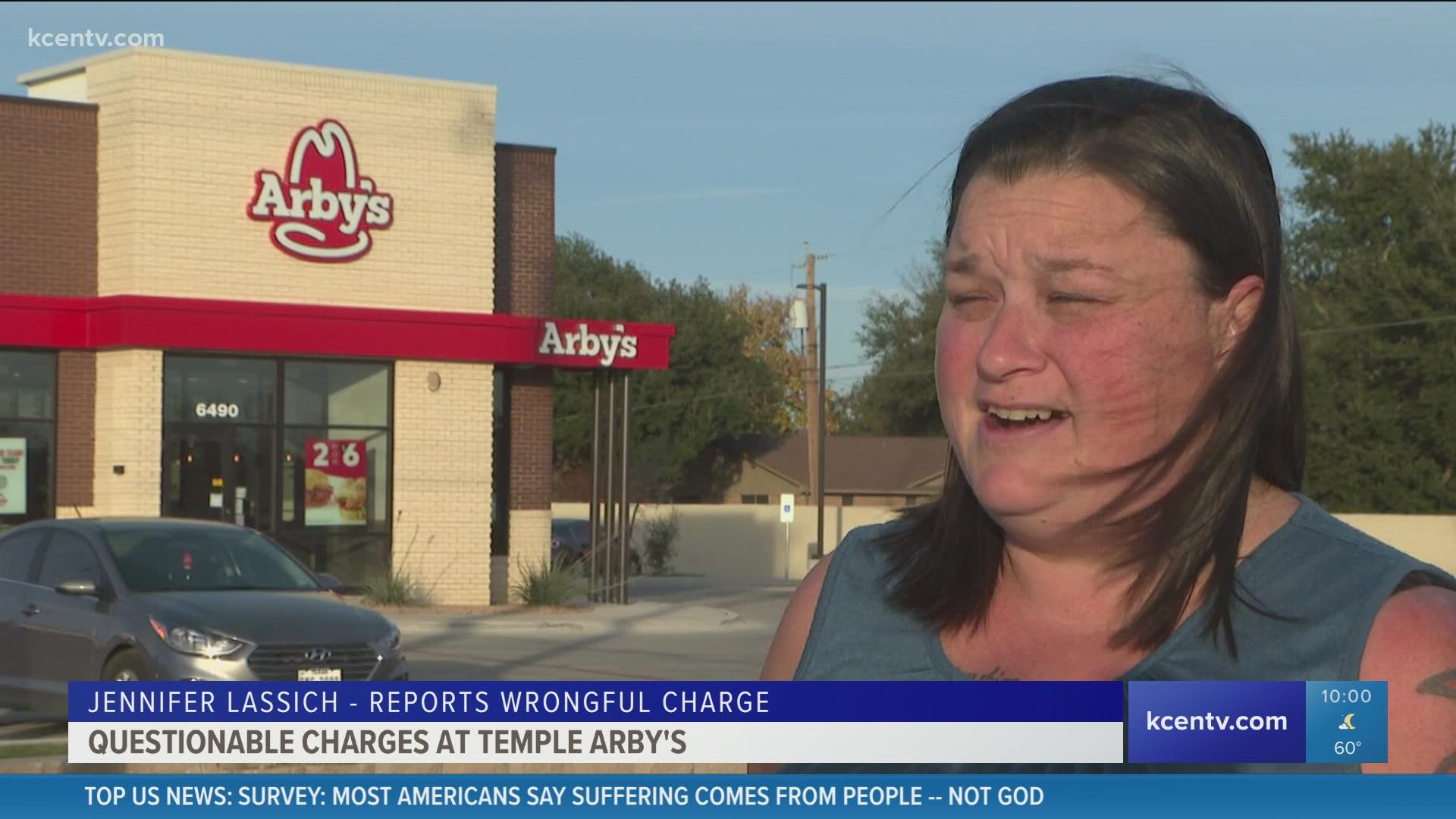 The Temple Police Department told 6 News on Tuesday that, as of Nov. 21, it received three calls about people saying their credit cards were used at the Arby's located at 6490 W. Adams Ave.

Jennifer Lassich is one of the many reporting the random charges.

Lassich had been to the Arby's location before but she didn't visit the restaurant the day she was charged or even in recent weeks, she said.

"For a new charge to come up was kind of like throw me off guard," she explained. "So I called the bank and they said that I had actually just gone an hour and a half prior to when I called them and inserted my chip into the chip reader."

Lassich said she did not physically enter her card into a chip reader and when she called Arby's, Arby's said they hadn't had any credit or debit card charges yet.

On Saturday, her statement read $29 and some change was charged there, and Lassich still hasn't gotten the money back, let alone any answers as to how or why this happened.

"I know that $30 doesn't seem like a lot to some people, but it is a lot to others like it's really a big deal," Lassich said. "That's half a tank of gas for my husband to get to and from work you know."

Lassich says she called her bank immediately and canceled her card, as well as her husband's cards.

Possible skimmers, old charges still processing and a glitch in Arby's system has all been considered, but the cause remains unknown.

Alejandra Areguin with the Temple PD said there are no active cases regarding this matter at this time, despite several people first reporting about a potential scam on the Temple, TX - City Watch Facebook group, then again in the comments after this 6 News story was first posted on the KCEN TV Facebook page.

Some commenters even said they've been charged multiple times, despite not having been there in months, or not at all.

"Happened to me, and I have never been to that location. Mine went through on Sunday, and now I have to get a new card," wrote Lana Blackman.

"Happened to us as well! And I’ve never ate at this Arby’s location," wrote Tamatha Donovan.

Now the department sends the yearly reminder that with the holiday season comes more scams and stealing.

"If you're Black Friday shopping, go ahead and keep your belongings close to yourself especially if you're out at the mall or out at the store," Areguin explained. "Make sure that you are buying stuff from credited websites if you're participating in Cyber Monday."

6 News did reached out to Arby's headquarters Tuesday but didn't hear back from them by Tuesday night.