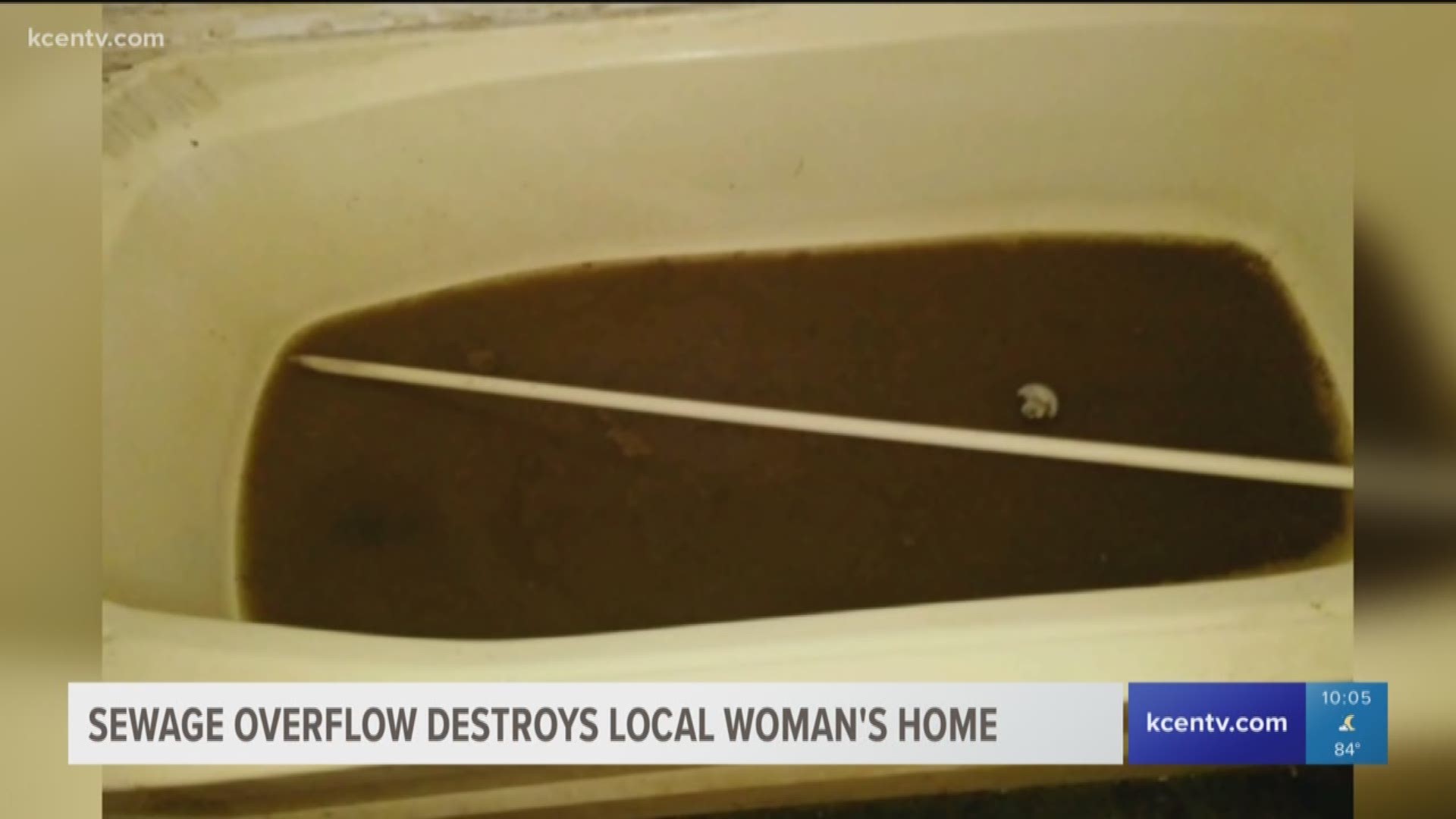 Salado — A Central Texas woman was dealing with quite a mess Friday night. Jeannie Lowrance has lived at Killeen Mobile Home Park in Salado for 16 years. Lowrance claims the owners of her trailer park recently illegally attached several homes to her individual septic system. Lowrance says it's caused sewage to overflow into her home for months, making it uninhabitable.

Back in March Lowrance says the owners of the facility dug holes into her property to attach three other homes to her individual septic system without her permission. Lowrance says the incident caused sewage to overflow into her bathroom, bedroom and carpet, causing a severe mold and roach problem, as well.

Lowrance also claims her husband has been in the hospital for several days now as a result of breathing in those fumes.

"It's awfully hard to see someone you love laying there unresponsive because people let septic sewage overflow in your house and stay there for months," said Lowrance.

Lowrance says the property owners sent a worker to pump the septic system twice, but, aside from that, Lowrance says she hasn't been told who's going to fix the mess or when.

"How can you treat people like this? Why didn't you make any effort to do anything for us? You didn't even respond to a phone call or anything," said Lowrance.

After creating 16 years of memories in the house, Lowrance has decided to move out saying there aren't many other options left.

"We raised our grandchildren here, we've had family Christmases here. I didn't know this past Christmas would be the last one we'd have in this house. It's just pretty hard to take it all in, I feel like I'm living in a nightmare and I can't wake up," said Lowrance.

However, when they move, the family won't be able to take much of anything along with them.

"I've been told that all of our belongings are contaminated with bacteria from the sewage that's been circulating our house," said Lowrance.

Now Lowrance is turning to a higher power to handle the property owners.

"I know God deals with all people when they do wrong, I'm sure he'll deal with them too," said Lowrance.

Channel 6 did call the trailer park owners identified as RV Horizons. A woman with the company told us they do not accept media requests and hung up on us. None of our calls were answered after that.

Lowrance plans to move out in June.