WACO, Texas — Shawn Oakman's attorney filed a motion for change of venue Thursday to move the former Baylor University football player's trial outside of McLennan County, saying Oakman can't get a fair and impartial trial because of the publicity surrounding the football team's 2016 sexual assault scandal.

Oakman was arrested in April 2016 after he was accused of raping a female Baylor student at his home near campus after a night out at a bar.

He was indicted on a second-degree felony sexual assault offense in July 2016.

Attorney Alan Bennett said in court documents that media coverage of the recent Jacob Anderson case, where a former Baylor fraternity president charged with rape agreed to a plea deal with no jail time, also makes it difficult for a fair and impartial trial for Oakman to be held in McLennan County.

"As reported, the Court, its staff and the prosecutors were swamped for weeks with innumerable, hostile and threatening telephone calls and emails," Bennet wrote in the motion. "And the toxic environment created by the Anderson case caused the Court to postpone a child sexual abuse trial scheduled a week later because of concerns of selecting an unbiased and impartial jury."

Oakman submitted an affidavit to support the motion for change of venue, and three McLennan County attorneys did as well. 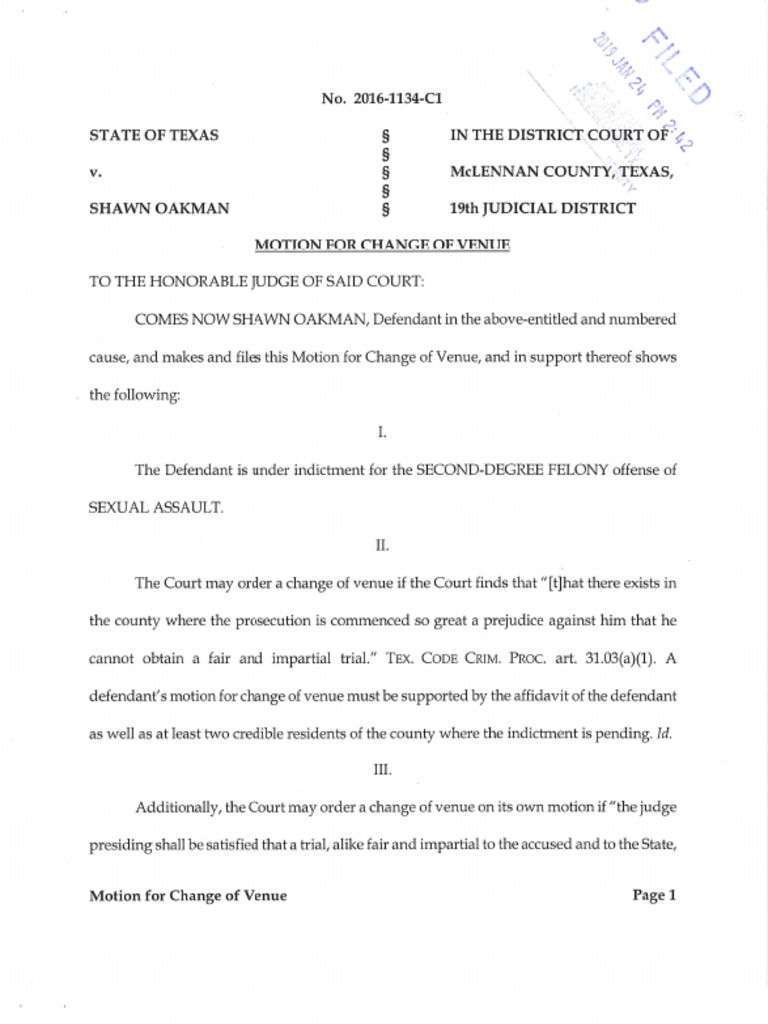 In the affidavit, Oakman said he is fully aware of the allegations and accusations of sexual assault that led to Baylor football head coach Art Briles' firing.

"I am also aware of the substantial coverage and negative publicity and commentary that exists surrounding the allegations against former Baylor student Jacob Anderson and his case," Oakman said in the affidavit.

A hearing for the motion for change of venue is set for 10:30 a.m. on Feb. 1 in Judge Ralph Strother's 19th District Court in McLennan County. 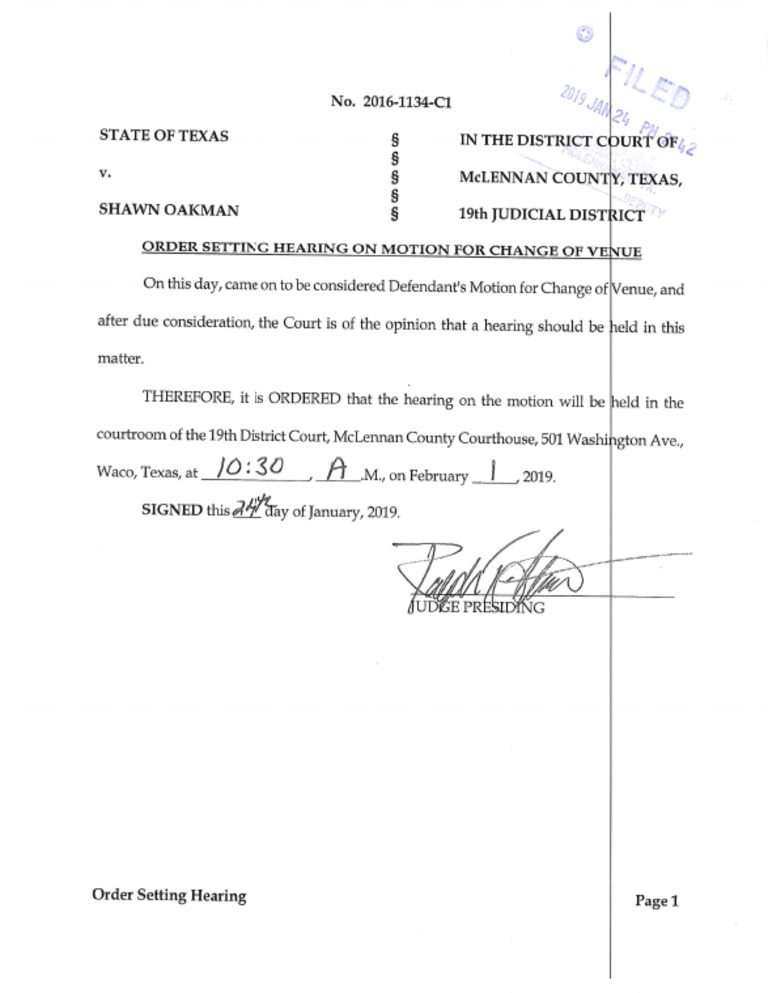