At this point, it appears Matthew Clendennen's trial will happen in October. 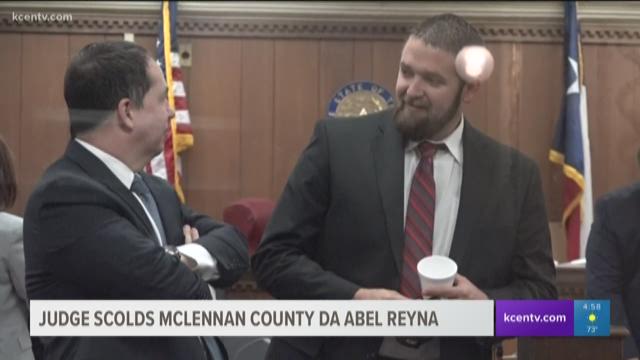 During a Twin Peaks hearing on Monday, Visiting Judge Doug Shraver denied a motion from biker Matthew Clendennen's attorney to have the case against the former Scimitars Motorcycle Club member dismissed for speedy trial violations.

Defense lawyer Clint Broden had argued McLennan County District Attorney Abel Reyna had delayed the trial too many times. But, although Shraver did not side with Broden, he proceeded to scold Reyna for using Clendennen's picture in a 2018 political reelection ad. Judge Shraver said Reyna should be ashamed of himself and order the DA to remove the ad immediately.

Clendennen took the stand during the hearing and became emotional while describing how the trial delays had strained his marriage and led to his divorce. He said the situation cost him his landscaping business, too.

"It's to the point now where my kids friends can't come to my house because their parents think I'm a bad influence," Clendennen said.

As of Monday morning, it appeared the trial date was scheduled for Oct. 15.