To date, only one biker has been tried, And, his case ended in a mistrial. 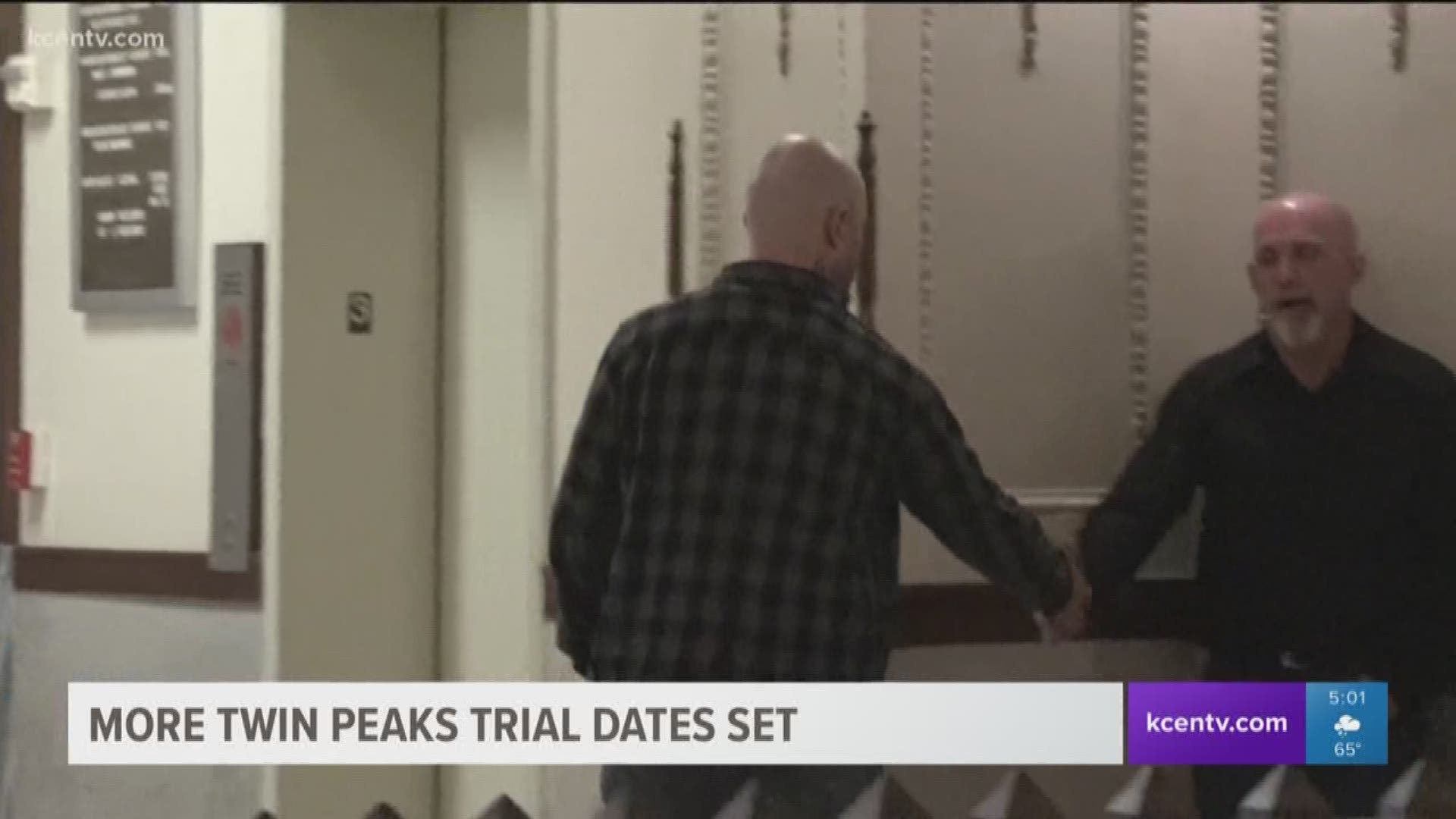 Fifteen Twin Peaks cases were dismissed Thursday, and at least one more -- that of Richard Smith -- was dismissed Friday, according to court documents.

Now, judges in both the 54th and 19th District Courts are focused on setting trial dates for those still waiting on their next day in court. This week, the court set the date for the retrial of Dallas Bandido Jake Carrizal. That retrial is now scheduled to begin Sept. 10. If there is any delay in Carrizal's retrial, the trial for biker Wesley McAlister will take its place.

During a status hearing Friday, Judge Matt Johnson made clear he wanted to get the ball rolling on the Twin Peaks trials. Trials for bikers Jacob Reese and Timothy Satterwhite were scheduled for early November.

In Judge Ralph Strother's Court Friday Morning, Bandido Jeff Battey grew upset when Strother only granted a small part of his request to change his bond conditions, which prevent him from traveling outside Texas, carrying a firearm and socializing with other motorcycle club members. Of those conditions, Strother said he would only allow him to travel outside the state.

"I think he's upset because you've got these constitutional rights being infringed upon," defense attorney Seth Sutton said. "And when you have a bond that's set...there's time when there are reasonable limitations that can be set on that. But, the thing is, we're now three years out on this thing, and we received no offer."

Battey's trial date will not be set until a status hearing on May 25.

In total, six bikers were in Waco courtrooms Friday. Gage Yarbrough's attorney filed a motion to withdraw, saying he was about to retire and could not handle a case of this magnitude. Biker Richard Luther's case was set for January 2019. His lawyer Clint Broden would have asked to have District Attorney Abel Reyna recused if the trial date had been set before Reyna's term ended that same month. Broden said Reyna would be called as a witness in Luther's case.