Central Texans definitely took advantage of the rare winter storm that rolled through the area on Sunday. 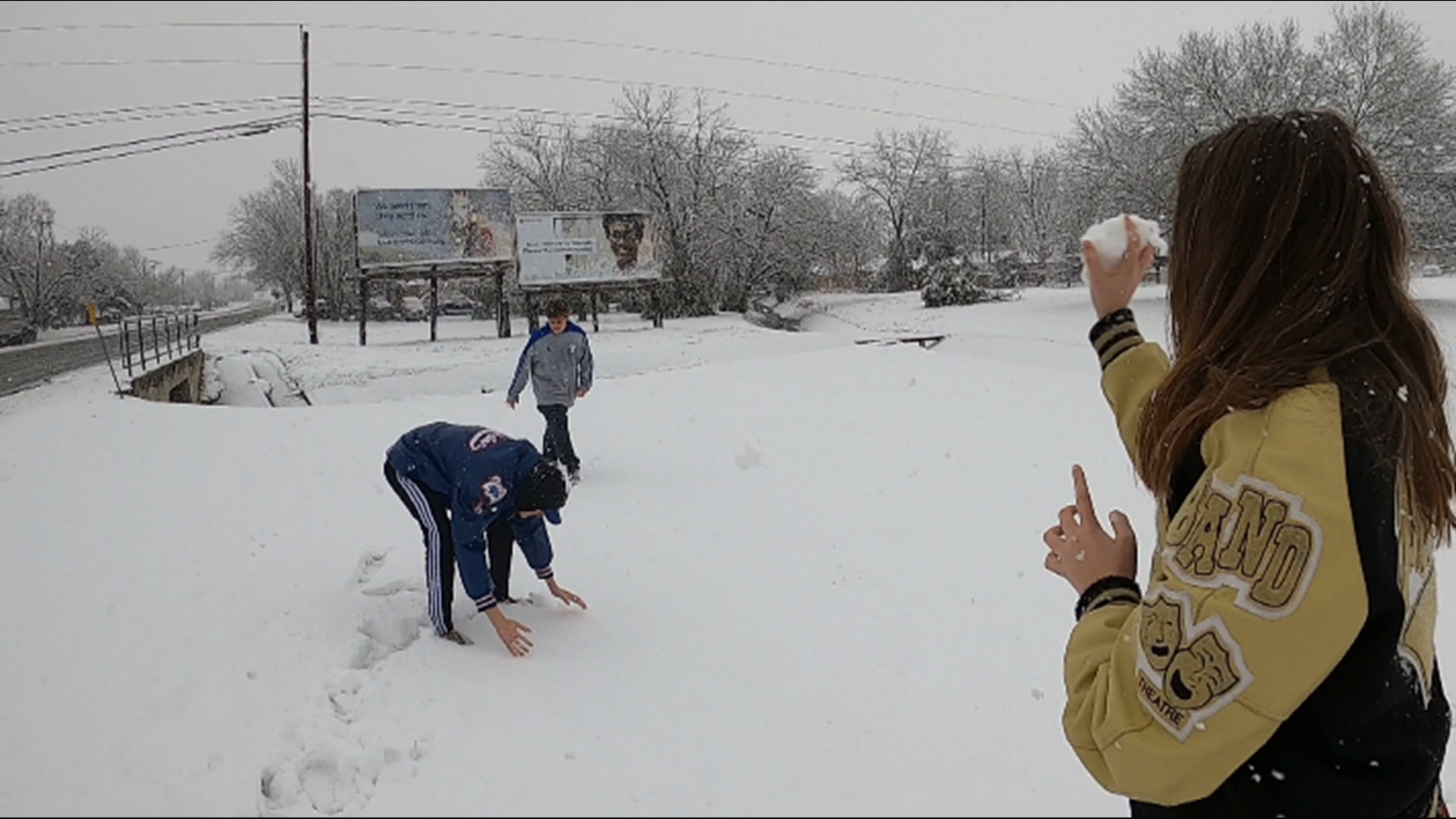 TEMPLE, Texas — Dale Myres had never seen a snowman in the front yard of his Temple house. At least, not until today.

With several inches of snow staying on the ground in Central Texas, some people got their first chance today. Ronda Myres says she's never seen a white winter like this in Temple before.

"I would say it was ten or fifteen years ago since we've seen this much, maybe longer. I don't know that I've ever seen it snow this heavy," Myres said.

Still, the snow was a welcome sight after a rough year.

"There was so much sadness in 2020 but this gives you something to smile about," Myres said. "Everything is very peaceful when it snows. Everything gets quiet."

In Temple's Ferguson Park however, things were not quite as quiet. The McQuiston was busy working on what they hoped was the cities biggest snowman. Father Michael McQuiston said he hadn't built one in nine years.

"It just feels like I'm a kid. This is what I would do if I was a kid. It's the perfect way to spend a Sunday afternoon. It's beautiful," McQuiston said.

The effort initially had some backup from their three kids but intermittent snowball fights slowed progress. And once the snowman was almost complete, a larger snowball fight erupted with some neighbors.

An elementary school teacher, McQuiston said it's been a difficult year with the pandemic, though he said Temple ISD had gone above and beyond to try an keep them safe.

McQuiston said it was refreshing to see so much beauty in a tough time.

"It's unexpected have all this beauty after what we've been through, but I'll take it. I love it," McQuiston said. 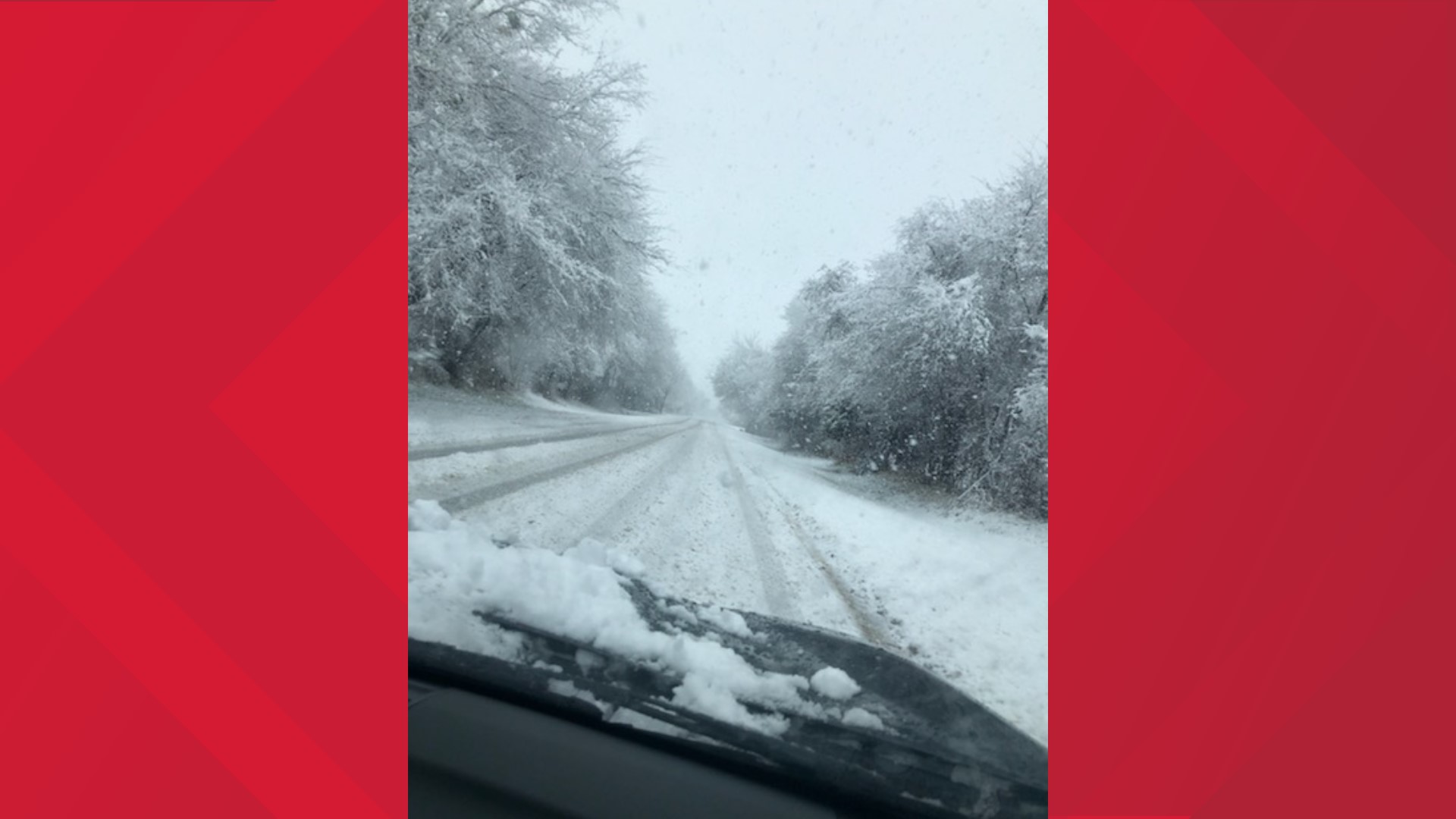