The video ended up going viral with more than six million views, 800,000 likes and 46,000 shares on TikTok, as of Friday afternoon. 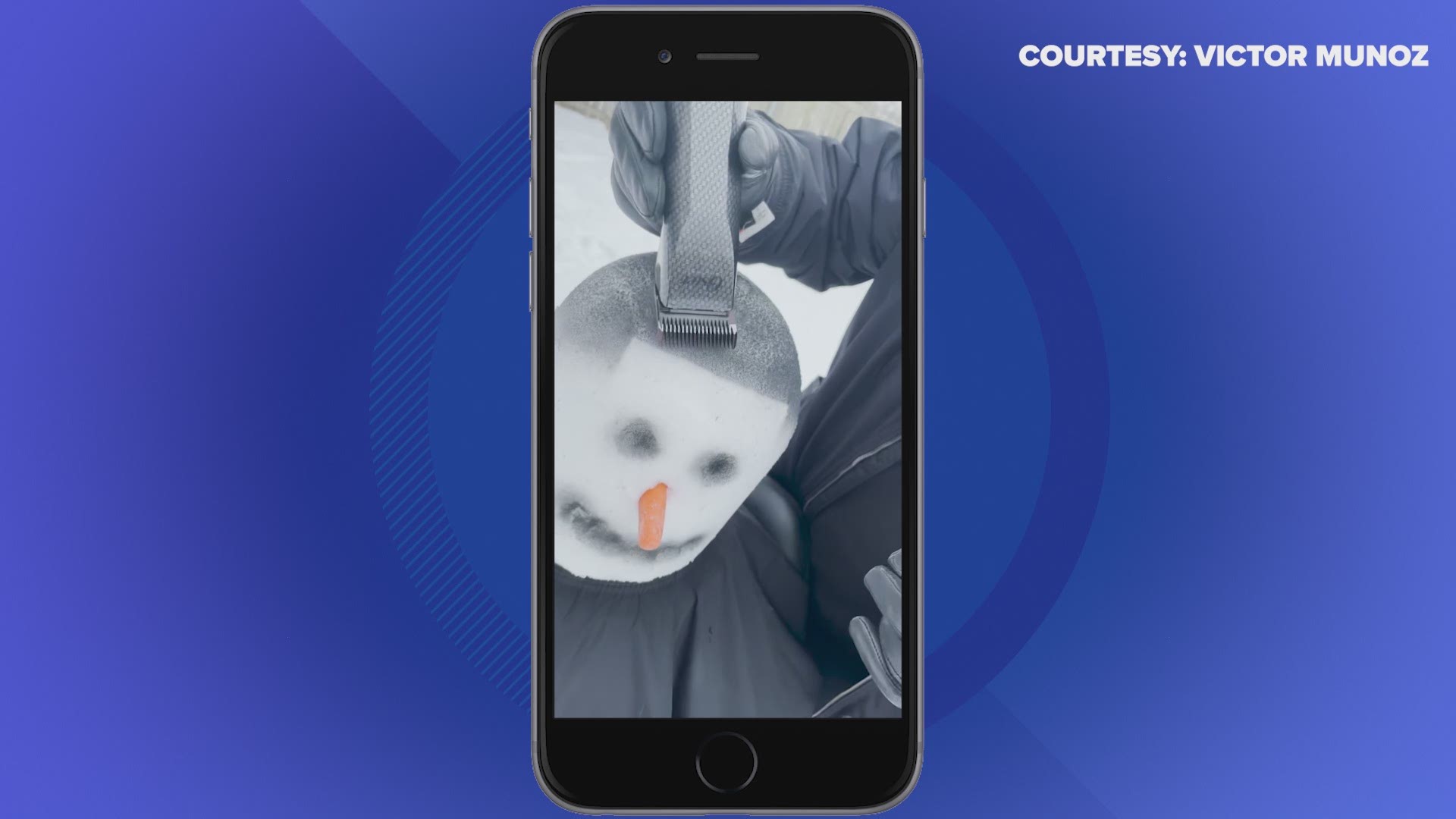 DENTON, Texas — Denton barber Victor Munoz created a TikTok video of himself giving a snowman a haircut that ended up going viral with millions of views on the social media site.

Munoz has been working at PMC Barbershop in Denton since it opened about seven months ago.

When the store closed because of winter weather conditions Tuesday, he decided to get creative with his barber equipment through his TikTok account @victoriousblendz.

"I was just fooling around making a snowman with the kids," Munoz said. He has two daughters and one son. "I thought it would be fun to give it a try."

Calling his snowman "Mr. Frosty," Munoz gave him a fade and a lineup, using the actual equipment he uses at work.

"It's been a rough week for so many people," Munoz said. "I wanted to do something to put a smile on my kids' faces."

The video ended up going viral with more than six million views, 800,000 likes and 46,000 shares on TikTok as of Friday afternoon, while also getting shared across other social media platforms.

"It was just so unreal," Munoz said. "I couldn't believe it. I didn't realize it had gone viral until my brother called me and told me. I'm just happy to see some people enjoyed it."

Credit: Victor Munoz
Known as "Mr. Frosty," this snowman went viral on TikTok after getting a haircut from Denton barber Victor Munoz.