The woman who threw soup into the face of a Temple restaurant worker could face more serious charges. 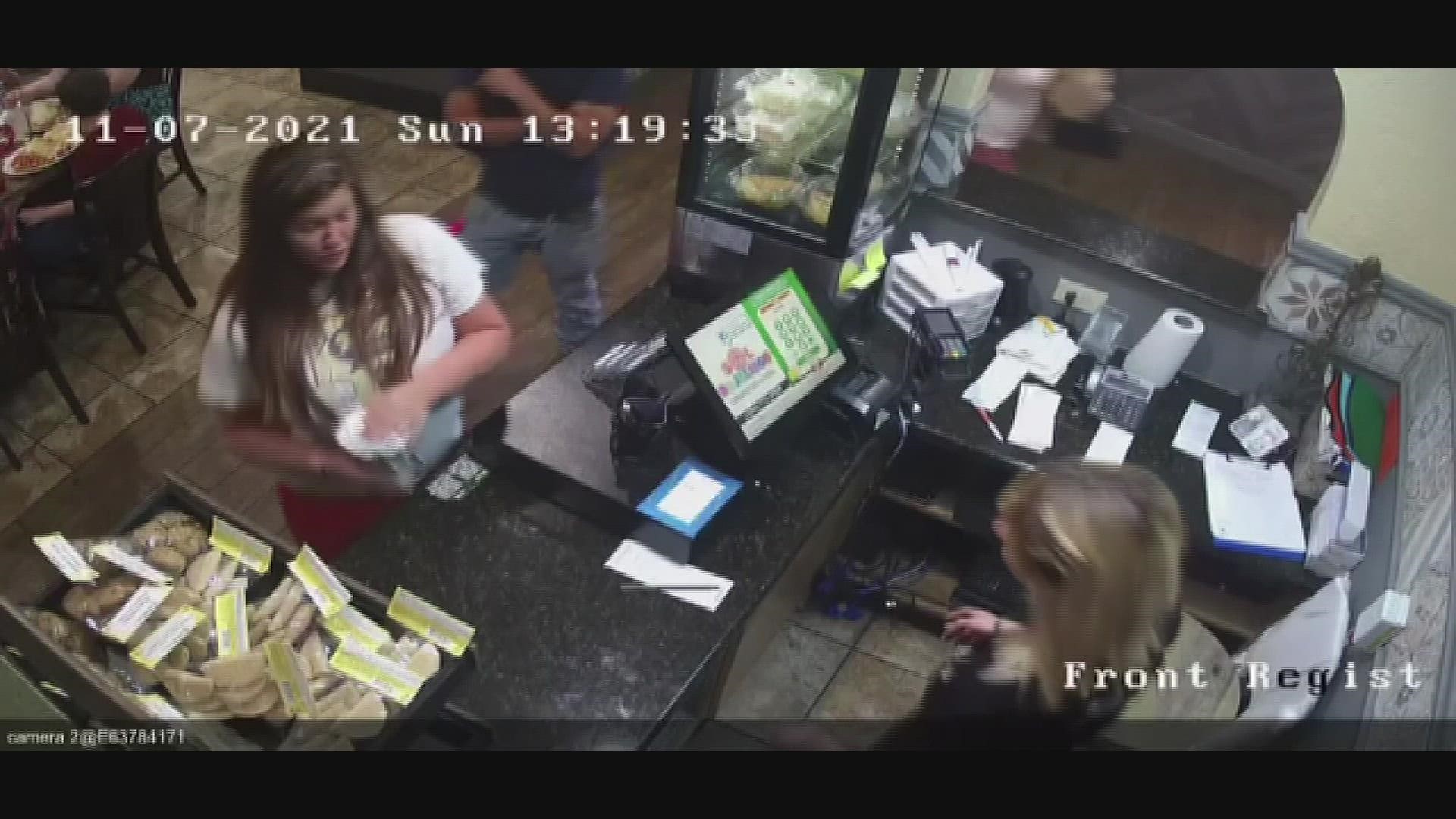 Temple police will investigate the case of a woman who threw soup in the face of a restaurant employee as a "higher level offense," a spokesperson for the department told 6 News Friday.

Alejandra Arreguin said the class C complaint that was forwarded to the City Court is being dismissed.

The new charge will be "determined on the outcome of the investigation," Arreguin said. "We are just investigating higher charges."

A video that quickly went viral around the world shows the woman throw a large serving of soup in Jannelle Broland's face as she stands behind the counter. It happened Nov. 7 at the Sol De Jalisco on South General Bruce Dr. in Temple. The woman, who police have yet to identify, then quickly leaves the restaurant.

The video, which 6 News first published on our YouTube page Wednesday, has been viewed more than 230,000 times.

Temple Police haven't released the name of the woman accused of throwing the soup. There are claims the woman works at Texas Oncology, but the company posted to social media saying the woman in the video is not an employee.

We are aware of a viral video of a recent incident in a restaurant. The person in this video is not a Texas Oncology employee.