BetRivers Sportsbook is already reporting it's already the most wagered game of Week 2 on their platform. 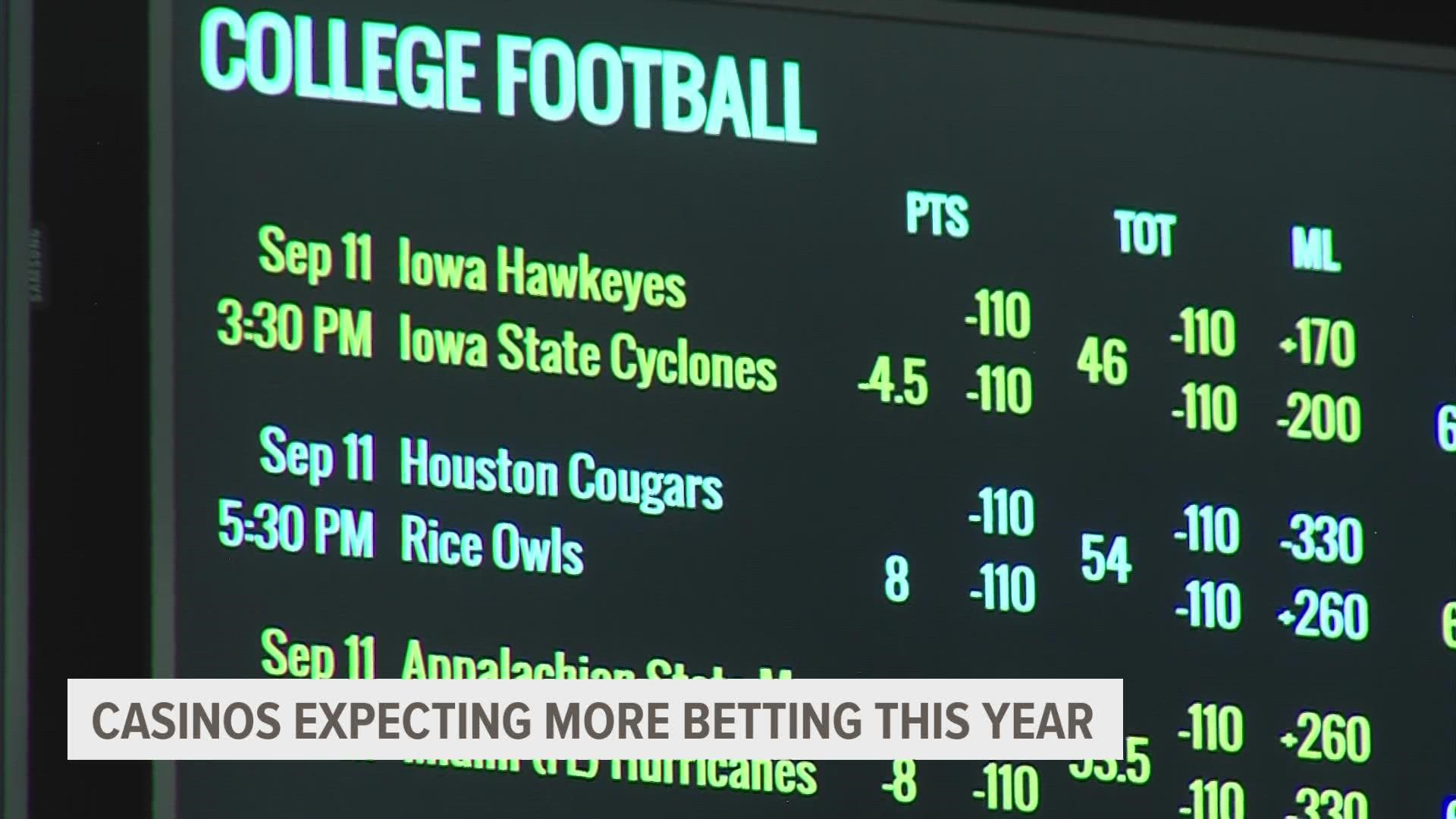 ALTOONA, Iowa — Fans of the Cy-Hawk Series taking place this Saturday are invested in one way or another. For some, the return of the in-state rivalry game means a return of wagers.

"It'll be front and center here on the big screen, said Garrick Mallory from Prairie Meadows, "It's going to be the game that everyone wants to watch."

Back in September 2019, the month of the last Cy-Hawk game, Prairie Meadows handled more than $14.5 million in bets according to the Iowa Racing and Gaming Commission.

This month, the casino is expecting more money to be put on the line.

BetRivers Sportsbook is already reporting it's already the most wagered game of Week 2 on their platform.

While the sports betting floor at the Altoona casino is quietly leading up to Saturday's rivalry game, Mallory said that won't be the case on game day.

"I would anticipate more wagering this year though, given that it's the first time they're both ranked," said Mallory.

According to the latest poll from the Associated Press, Iowa State is ranked ninth and Iowa is ranked tenth.