Family says the only reason they're speaking publicly is they feel the district is trying to cover up what happened - and they want other parents to be aware. 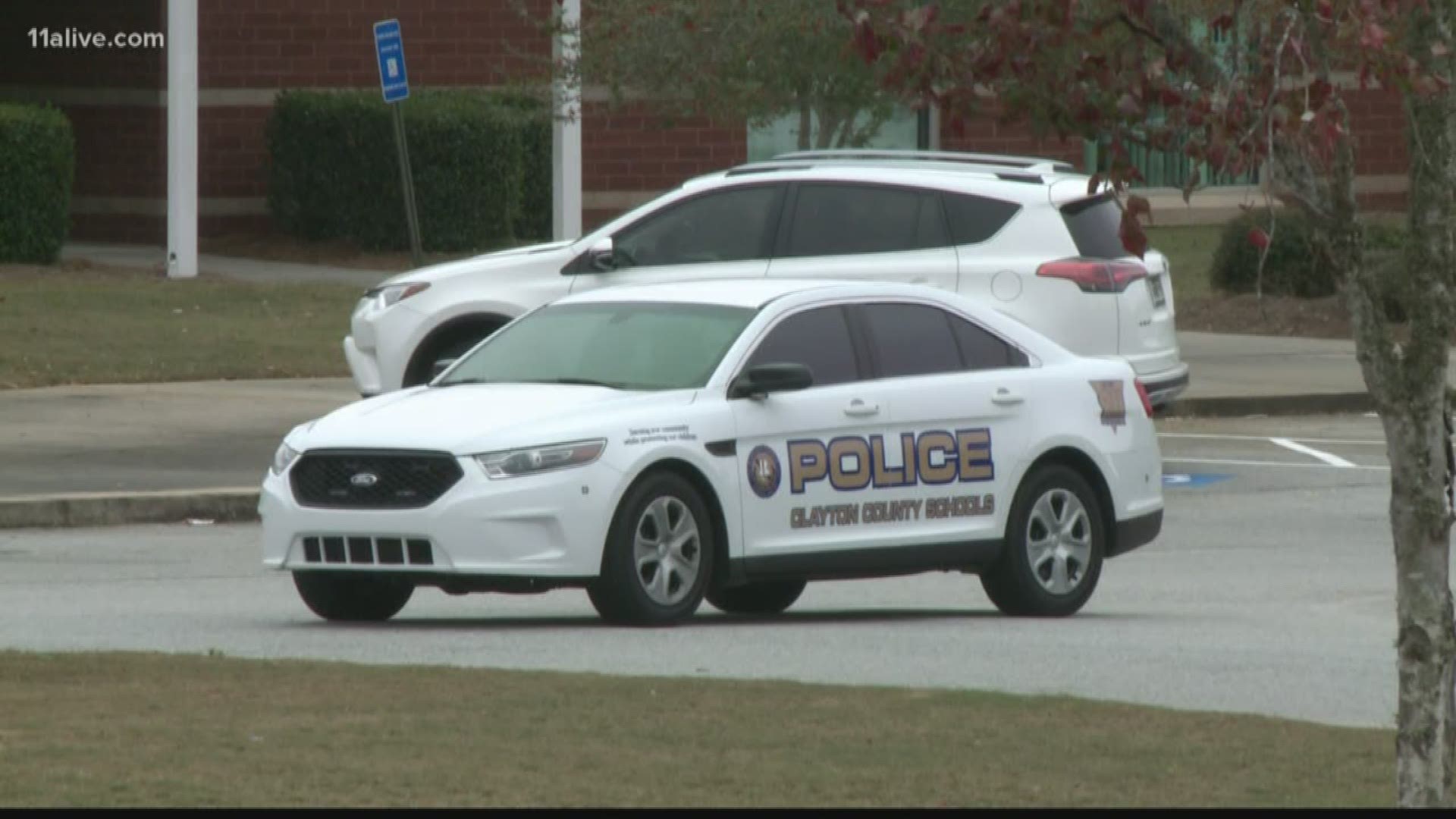 CLAYTON COUNTY, Ga. — Choked, put in a headlock, dragged into a bathroom and then raped. That's what one person said happened to their 14-year-old family member on school grounds.

The suspect – reportedly a classmate.

The family told 11Alive's La'Tasha Givens this is one of the most difficult things they've ever been through, and the only reason they decided to publicly talk about it is because they believe the school district is trying to cover it up – and they think other parents should be made aware of this.

Last Monday, Nov. 11, Terri Gilmer said she got a call to head to Mundy's Mill High school right away.

"When I get there, I see all the emergency vehicles outside, the fire department, the police," she told only 11Alive in an interview Monday.

She said she soon learned one of her relatives had allegedly been raped after school by a classmate. Gilmer said she was told part of the alleged attack was captured on school security cameras.

The victim reportedly told police another male classmate acted as a "lookout," standing outside of the restroom while she was allegedly raped.

11Alive was first made aware of the alleged attack roughly 24 hours after it happened last week after a tip. We started asking questions, and initially, the Clayton County School District only sent a statement last Wednesday - but it makes no direct reference of a sexual assault, saying only:

"Please be advised that the district is aware of allegations regarding inappropriate conduct and, in compliance with existing laws, is following standard protocol to address the investigation of these claims. As this is an active investigation, it is our practice to refrain from offering any further comment."

But Gilmer and her family said all parents should have been notified immediately after the alleged attack.

"It’s hard to see a 14-year-old go through this - especially a school we all trusted," she said. "We know the administrators and everything, and I feel they’re not doing what they need to do."

Last Friday, 11Alive received a copy of the police report from the school. It only confirms - "a student is accused of sexually assaulting another student. This case is considered an active investigation by the criminal investigations unit."

Gilmer said her family was further traumatized when the school had the victim and suspect give statements at the school, around the same time.

"When I saw that young man, words cannot describe how it took everything - and I know it was God’s hand - honestly to keep me from going over there and doing what any other parent would do for violating my baby, but only through God himself kept me from doing that," she said.

The family said the other student who allegedly acted as the lookout should also be punished.

The family said they were told the suspect will remain off campus for 10 days, something the school has not verified. 11Alive has also asked if the suspect, or alleged look-out, is facing charges.