Is it safe for dogs to swim in lakes and ponds? 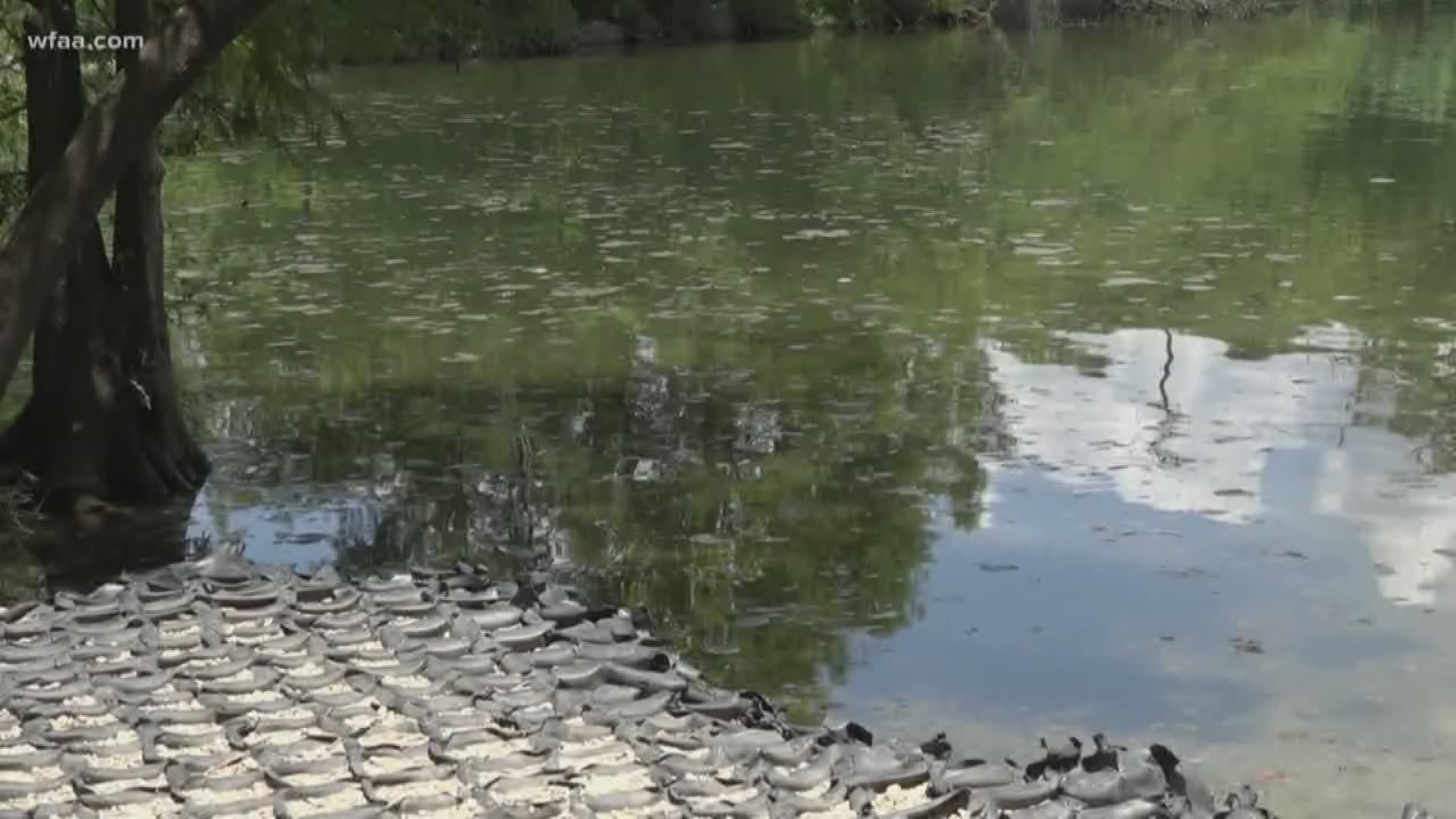 FORT WORTH, Texas — For many dog owners, a dip in the lake is the cool fix for an overheated pup. But a string of troubling stories about blue-green algae has some pet parents thinking twice before letting their dog dive in.

Several stories in recent days, including multiple in Texas, have documented the deaths of dogs after coming into contact with blue-green algae. In Austin, a woman spoke to KVUE after her dog Ollie got sick in Lady Bird Lake and died a short time later.

"For this to happen all so fast is really hard to take in," she said.

RELATED: After more reports of dog deaths to algae exposure, expert says nutrients are to blame

The questions from dog owners are spreading all over WFAA's Facebook page, so today Dr. Steve Hotchkiss from The PARC veterinary clinic addressed some of the concerns.

"Dogs licking algae off their paws can cause exposure," Hotchkiss said.

There have been no reported cases of dogs that have been sickened by blue-green algae in the DFW area, and Hotchkiss said it is important for dog owners to remember that right now, heat is the real danger for their dogs.

At his clinic alone, they've seen three dogs that have come in with heatstroke in recent days and have not survived.

"The hard thing for these guys is dogs don't sweat. So for them to cool off, they have to get wet. They have to have evaporative cooling," he said.

Hotchkiss believes it is okay to let dogs swim in lakes in our area, as long as owners check out the water first. It is especially important to avoid shallow, warm water where algae can grow.

"If the water has a blue-green color, that shiny tinge, stay out of it," he said.

At Fort Worth's Z Bonz Dog Park off Camp Bowie, lots of pups were cooling off at two ponds that are part of the big facility. The City of Fort Worth tests the water there regularly, and just yesterday the ponds got a clean result. They also treat the water in the ponds to prevent algae from forming.

"It makes me feel a lot better, because I love this dog park," said Kerwin Cormier, an owner who brought three dogs for a dip today.

RELATED: After more reports of dog deaths to algae exposure, expert says nutrients are to blame

RELATED: Georgia couple shares warning on toxic algae after dog dies less than an hour after visit to Lake Allatoona