'Her daddy got to heaven just before she did, just like he got to the finish line first in every Mario Kart game they ever played together.' 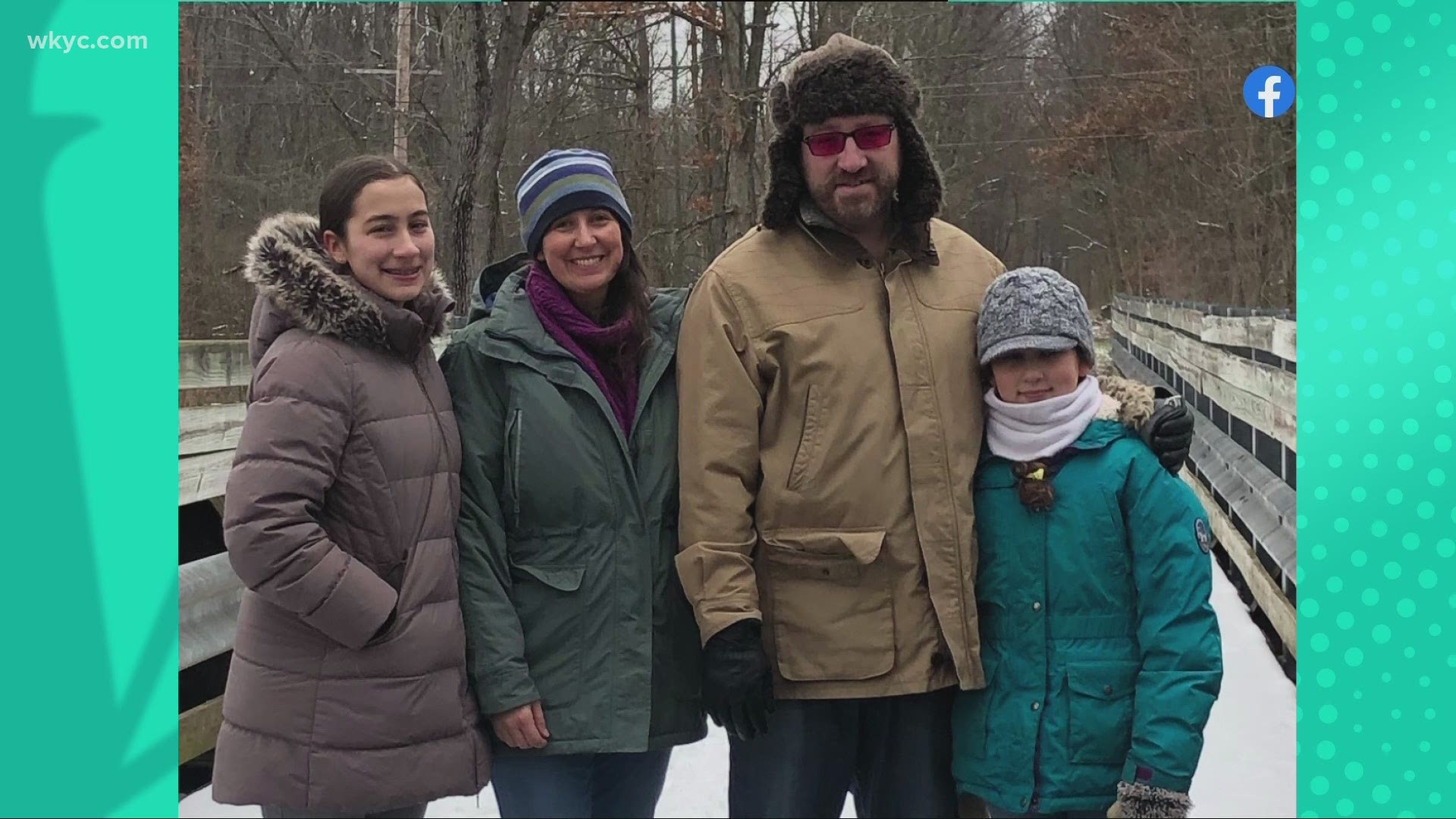 HINCKLEY, Ohio — An Akron family is grieving after the loss of two family members following a sledding accident at the Hinckley Reservation of the Cleveland Metroparks last weekend. The death of 14-year-old Eirelyn Zuercher from injuries sustained while sledding came just days after her father died of a heart attack while accompanying his daughter to MetroHealth in Cleveland.

According to a Facebook post from Eirelyn's mother, Katie Dougherty Zuercher, the sledding incident happened last Saturday. Eirelyn sustained what her mother called "detrimental brain injury" and was transported from the scene to MetroHealth.

Her mother says that once Eirelyn arrived at MetroHealth, her father, Jared Zuercher, suffered a massive heart attack and died.

Eirelyn was taken off of life support on Wednesday. Her death was confirmed by the Cuyahoga County Medical Examiner's Office.

In announcing the passing of Eirelyn on Facebook, Katie Dougherty Zuercher wrote: "Her daddy got to heaven just before she did, just like he got to the finish line first in every Mario Kart game they ever played together. She used to wait on the front porch for him to arrive home from work to greet him with the biggest hug before he could even get in the house. I imagine he is waiting for her now with the same eager anticipation."

3News reached out to Katie Dougherty Zuercher, who gave us this statement: "I am so grateful for the support I have received since the tragic accident. The staff at MetroHealth and Lifebanc graciously carried my family through some of the most difficult hours of our lives.  It is a gift to know that my daughter's generous spirit will carry on through the lives of organ donor recipients."

In fact, Katie posted on Facebook that "Eirelyn saved the world for five individuals. Her spirit lives on through the gift of organ donation."

The St. Vincent-St. Mary community offers our deepest sympathies to the Zuercher/Dougherty family over the loss of Eirelyn VM25 and her father Jared. We ask our community to lift the family up in prayer as they seek God's comfort and peace during this time. pic.twitter.com/Kb8oRfkVd7

"Eirelyn was a newly accepted member of the STVM Class of 2025 and participated in STVM's Drama Camp, following in the footsteps of her mother Katie Dougherty Zuercher VM02," the school added. "Eirelyn's memory and spirit will forever be held in our hearts."

The 14-year old was currently a student at Spring Garden Waldorf School in Copley. The school released the following statement on her passing:

"Our community has suffered a tremendous loss. Eirelyn was a deeply kind and loving person, an incredible big sister, a talented artist, and a treasured student in our school. Our hearts ache for Zuercher family, Eirelyn’s peers and teachers, and the entire Spring Garden community as we grieve the loss of a child and her father who both left us far too young. We are holding the family in our hearts and will continue to support them, and our community, in any way possible."

The sledding incident involving Eirelyn Zuercher was one of two significant injuries that happened at the Hinckley Reservation last weekend. Hinckley Fire Chief Jestin Grossenbaugh reports that a second sledding incident happened on Sunday as 17-year-old Natalie Wilson was also taken to MetroHealth.

According to a GoFundMe page set up to help with her medical care, Wilson suffered a broken back and ribs, along with a damaged spine as a result of her sledding accident. "She had surgery at Metro hospital and is in good spirits, but has little to no feeling from the chest down. We were encouraged to hear that Natalie had tingling in her legs today and was able to move her toes according to doctors," the post adds.

Natalie's father Jim spoke to 3News on Friday and said his daughter was thankfully "on an up." However, he is calling for better safety measures at the sled hill, something he rarely thought about after taking his family to the same location for years.

"My suggestion would be some type of barrier," Jim said, adding a wall of hay bales along the edge in front of the trees could be an option. "It would've prevented, I believe, my daughter's incident. For sure."

"I've been around for 24 years," Grossenbaugh tells 3News. "We've had our shares of broken bones, scrapes, cuts, abrasions, just like any ski resort. But nothing this traumatic."

3News reached out to the Metroparks for comment on this story, but we did not here back.