A teenage boy was stabbed in the neck late Monday afternoon in Killeen. 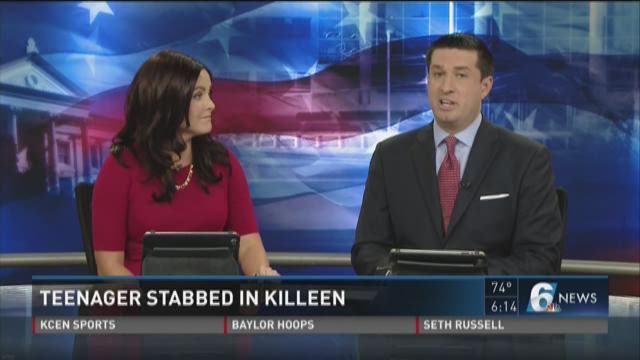 A teenage boy was stabbed in the neck late Monday afternoon in Killeen.

Officers responded to a reported domestic disturbance in the area of Loma Gaile Land and Great Divide road around 4:57 p.m.

Upon arrival they found the victim was a 17-year-old boy. He was taken to McLane Children's Hospital and is in stable condition.

The suspect is in custody.