Many have seen the case from our news cameras, but community members want to see it from a different lense: Former TPD Officer Carmen DeCruz's body and dash cam. 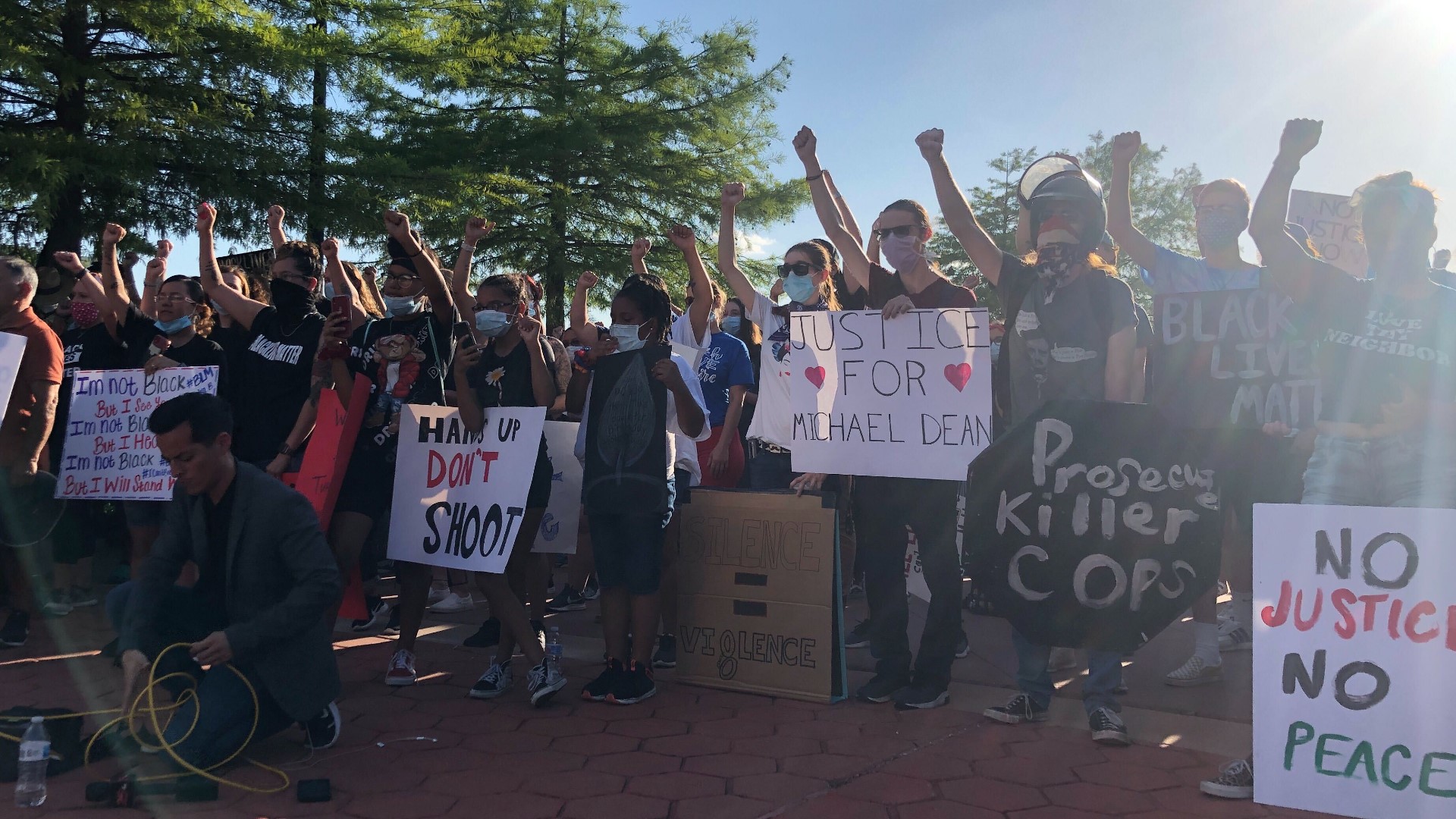 TEMPLE, Texas — During a protest on Friday in honor of Michael Dean, we heard shouts to the new Temple Police Chief to release the video in Dean's case.

"It lets me know that I'm not alone and that other members of my family are not alone in wanting to see what happened," Michael's brother Brandon Jenkins said.

Jenkins said their needs to be transparency with the police department and right now, they are not transparent at all.

We spoke with 6 News Legal Analyst Liz Mitchell about the release of body and dash-camera footage. She said the video would not be released before trial.

"It's kept confidential until all criminal matters have been finally adjudicated and all internal investigations have been concluded," Mitchell said.

She said the Freedom of Information Act does make body and dash camera videos discoverable, but there are certain exceptions that make certain videos confidential.

"Particularly when we're talking about a video that captures the use of deadly force or a video that is being used in the midst of a criminal investigation," Mitchell said.

It is possible that the video can be released once the case is adjudicated and all criminal investigations are concluded. If the court ruling in DeCruz's case is appealed down the line, the wait will continue for the video. But, even after that, it is not guaranteed.

"It has to go through the entire appeals process and then ultimately the body cam footage may never be released if the Attorney General weighs all of the evidence and determines that based on the victim's rights the fact that it resulted in a crime scene things like that it should not be released," Mitchell said.

Mitchell said the Attorney General makes the final. It is a case by case basis.

Mitchell pointed out that a lot of videos we see online in cases are taken by bystanders. When it comes to the footage on these cams, it is evidence in a pending case.

Mitchell said the body and dash-camera footage may differ on whether being released or not. She said if the dash camera does not show as much of the internal crime scene, the deceased, etc., it might be more likely that it will be released.

6 News reached out to TPD and asked about the video.

Spokesman Cody Weems said the Attorney General ruled not to release the video until the pending criminal prosecution is complete. He went on to say, following the prosecution, it will need to be requested again through a public information request.