Officials said the fire was caused by electrical issues. One man was sent to the hospital with non-life-threatening injuries. 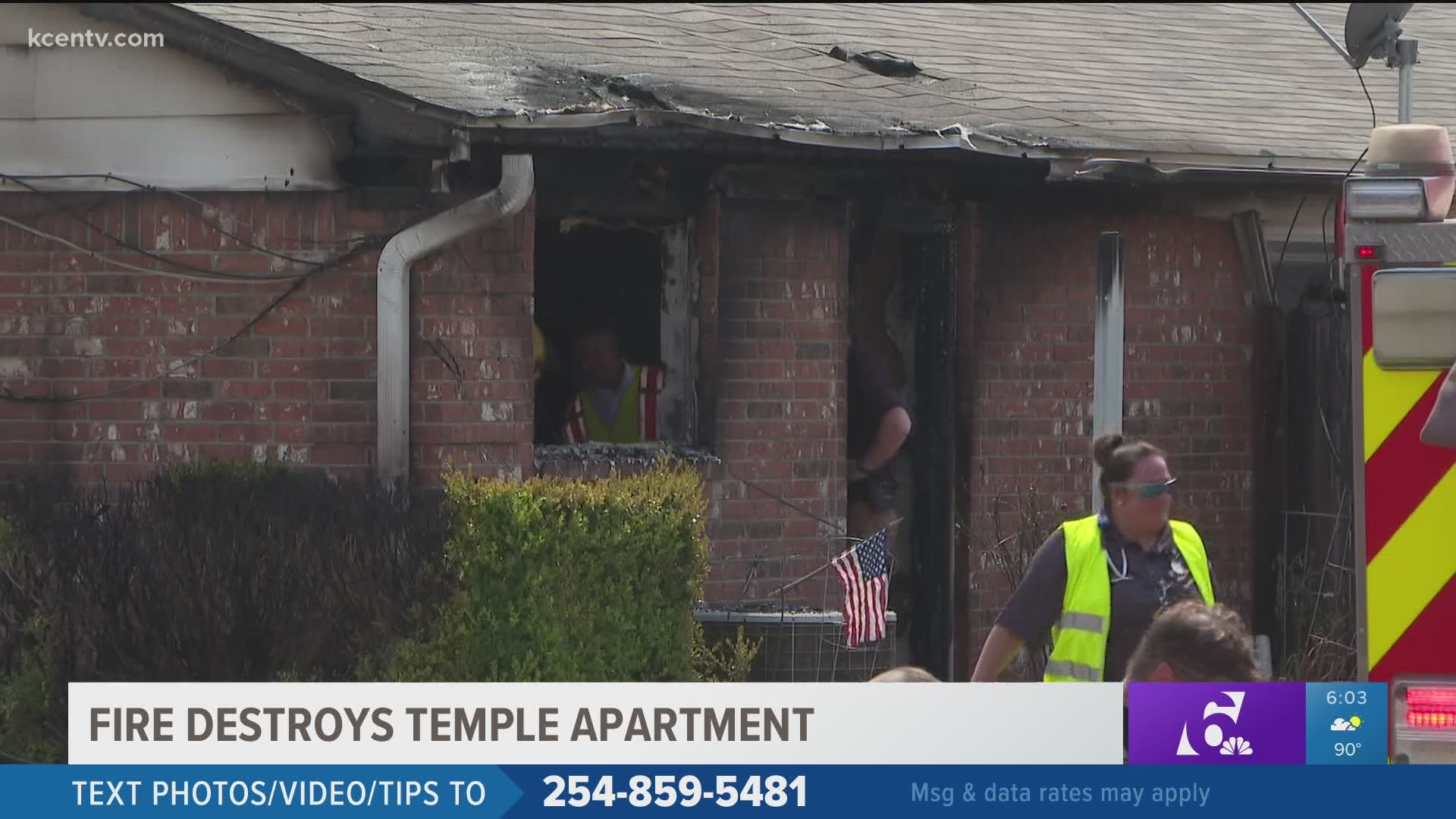 A fire at a Temple apartment complex sent one man to the hospital with non-life-threatening injuries, according to Temple Fire and Rescue.

Firefighters responded to the fire at Williamsburg Apartments at 3608 S. 31st St. just before 2:30 p.m. July 20. Crews arrived and found smoke and flames coming from a building in the back of the property, according to officials. The fire was called under control about 30 minutes after fire crews arrived.

According to officials, the person was in the apartment at the time of the fire. He tried to extinguish the flames, but was unable to. The unit impacted was a total loss, leaving the tenants without a home.

Investigators found that the fire was accidental in nature, caused by electrical issues.

Temple Fire along with the City of Temple and code enforcement are working to determine the safety of the building structure to see if other united in the building need to be evacuated.

Temple Fire responded with 11 units and 21 firefighters. The Temple Police Department and Temple EMS were also on scene.