Matthew Perrine is the Battalion Chief of Operations for the City of Temple Fire and Rescue. He said he will leave next week as a part of the TIFMAS program.

TEMPLE, Texas — As fires continue to burn in the west, a Temple firefighter will head to California to help out. Matthew Perrine is the Battalion Chief of Operations for the City of Temple Fire and Rescue.

"Currently we have one firefighter who is deployed to California working the August West Complex Fire," Perrine said. "He will be returning next Tuesday and I have the fortune and good luck of being able to go replace him on the next rotation."

He said he will leave next week as a part of the Texas Intrastate Fire Mutual Aid System.

"It's a state-level organization that allows local resources to be used and deployed at a state level," Perrine said.

According to the state of California's website, the August Complex Fire is 39% contained at the time this article was written.

He said there are crews who deal with wildland fires all the time. He mentioned those are the people seen in the more high profile spots with the larger active fires burning.

"Our guys are doing, I guess you would say, some supplemental and some backup to those guys. We are handling the lower risk situations and tasks that still need to be accomplished," Perrine said.

Perrine said they want to be part of the solution to larger problems. Not only to help fellow Texans but in this case, the residents and firefighters out in California.

"For firefighters to see a large situation happening like the hurricane that hit the coast or large wildfires, to not be able to go and be part of the solution to the large problem kind of leaves an empty nagging feeling to some firemen," Perrine said.

Perrine said those going, will come back with lifetimes of experience and will be able to apply it here in Central Texas. 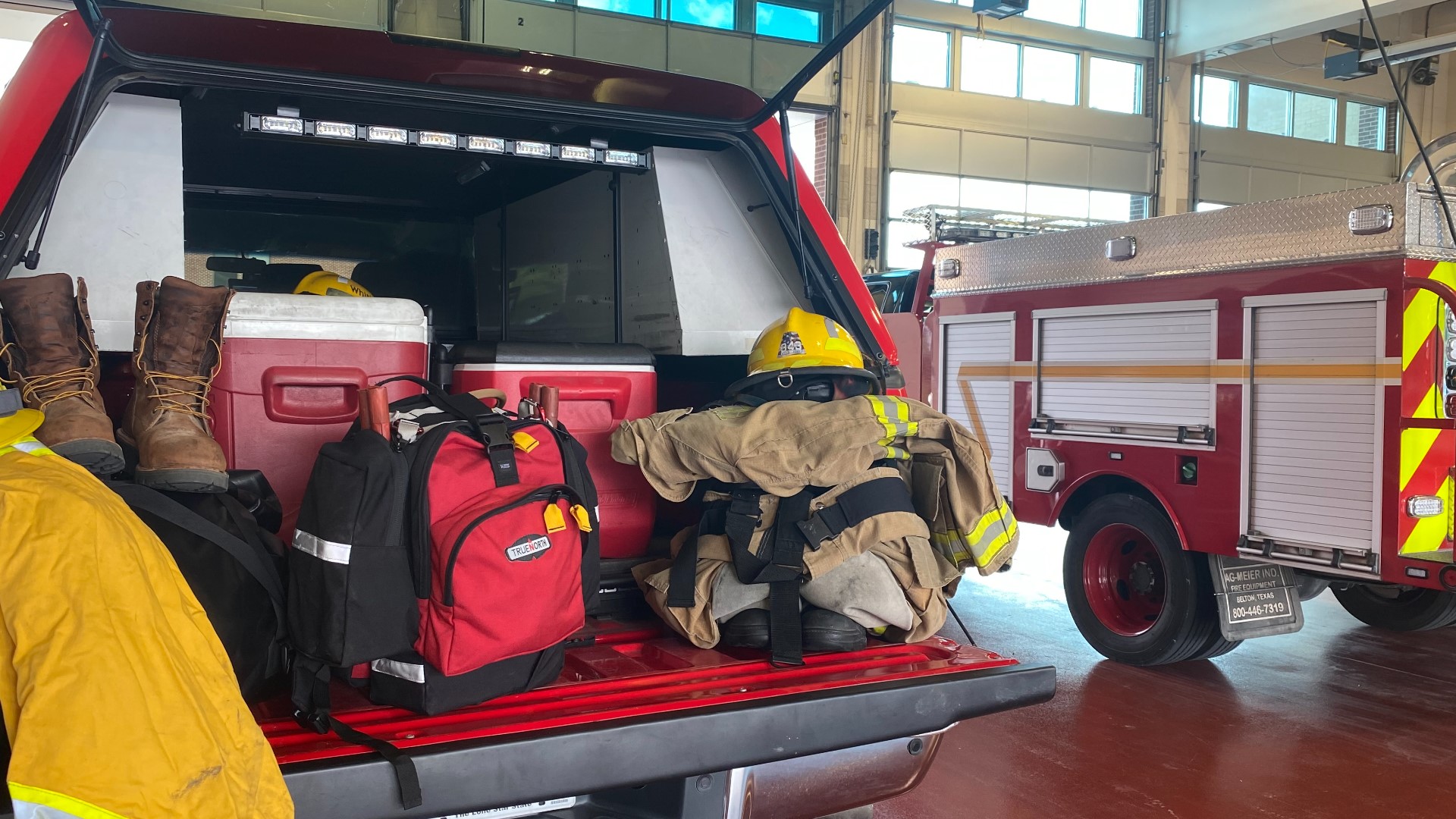