Silo of Screams Haunted Attractions in Temple was gearing up for Halloween season when two thieves dropped by early Sunday morning. 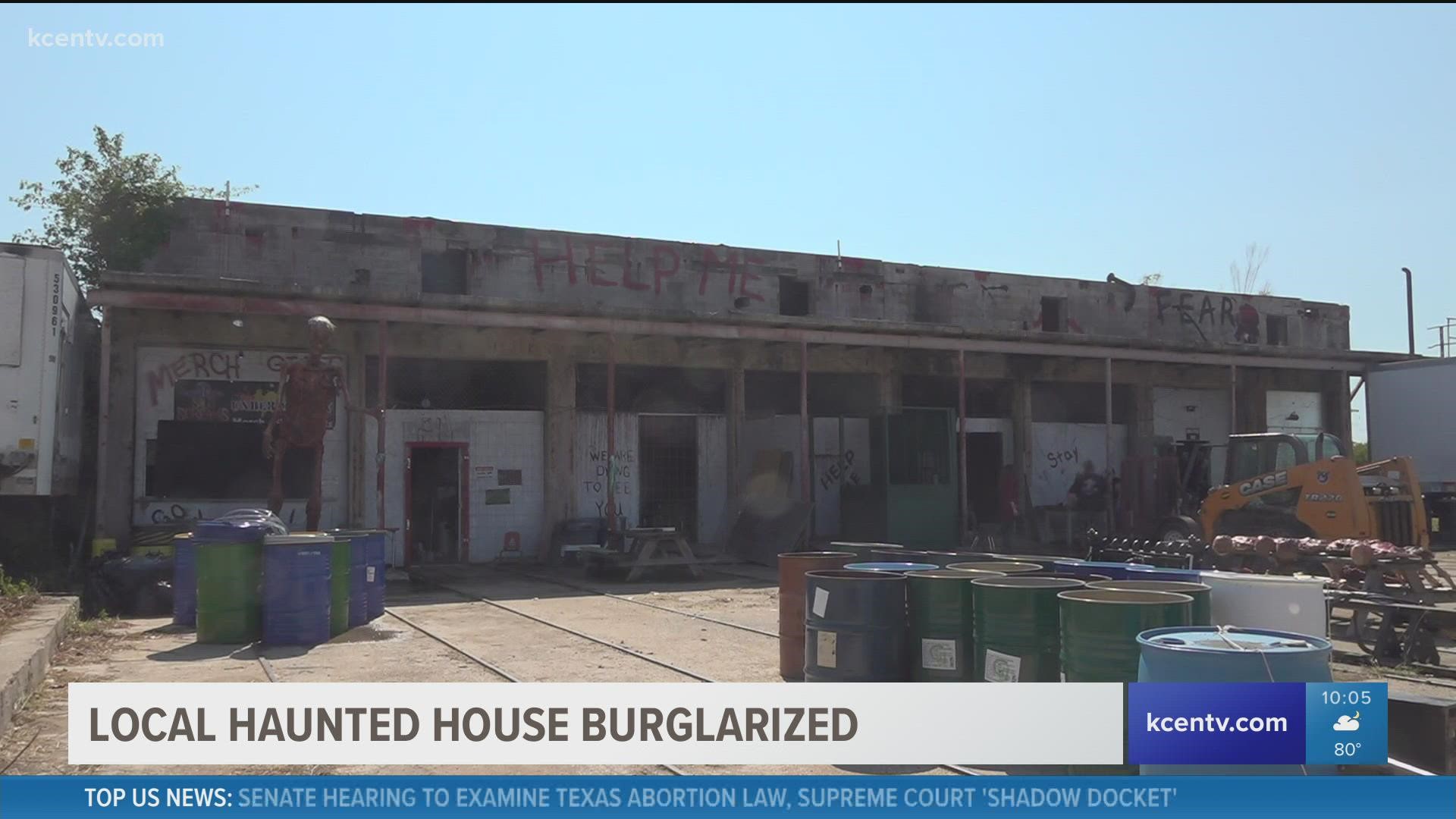 TEMPLE, Texas — Thieves targeted a local haunted house just days before the seasonal re-opening. The owners are asking the community for help in finding the culprits.

Silo of Screams Haunted Attractions in Temple was gearing up for Halloween season when two thieves dropped by early Sunday morning, a week before opening, and stole a couple thousand dollars worth of items and props.

"We work really hard to put on a show for someone to just take that from us," Amber Shelton said, a makeup artist and actor at Silo of Screams.

"We have to make more props and replace the things that were taken. So it puts more work on the staff," Shelton said.

A lot of the props there are made by hand and not just bought, so this has certainly set them back.

Shelton posted about the incident on social media and they've been shown a lot of support.

"The community is outraged that they have stolen from us and they have been looking just as hard as us for these people so we can prosecute them," Shelton said.

This isn't the first time they've been burglarized. The surveillance cameras were put up as a result of previous incidents.

Shelton said everyone who works there is like family, so this hurts all of them and puts a damper on things. She said although they're putting in extra hours, they're all excited to make people scream.

They are working fast to get everything ready for opening night Friday. They're asking anyone with information to contact temple police.