They want to encourage other girls to go after what they want no matter what people say. 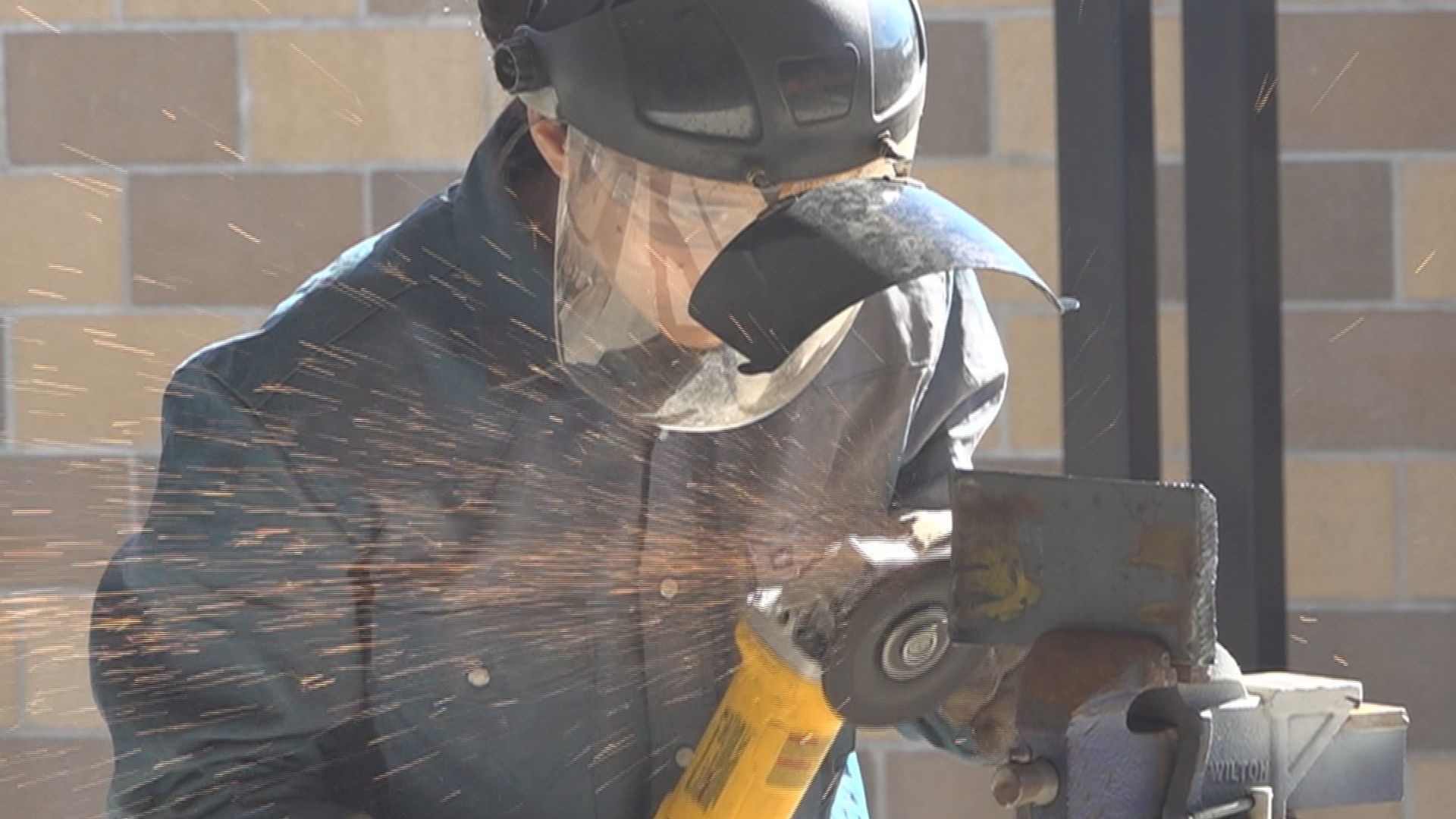 TEMPLE, Texas — Three Temple High School students are among a few girls who are taking classes in career and technical education, CTE, like welding and automotive, which are typically male-dominated.

Kelly Martinez, a junior began in welding as a freshman and earned herself a nickname.

"It's bandit," Martinez said. "I weld with one arm so he calls me the one arm bandit."

Martinez said her goal is to become a welder despite some people telling her it's too manly.

"I'm pretty good at what I do and there's nothing that really can hold me back." Martinez said.

One of her classmates is Chloe Pearce, sophomore in her first year of welding.

"I was like that's interesting. I wanna do that," Pearce said.

She wants to be a welder in the navy.

"You can do any job you want male or female," Pearce said.

She said she doesn't see herself doing anything else.

Her nickname is scrapper.

"I like to go around and find random pieces of metal and take them home and collect them," Pearce said.

In automotive you can find Angela Delafuente, who's often a team captain.

"I got that name because I really put the work in," Delafuente said.

She said she finds it interesting, but doesn't necessarily see it in her future.

"I think it's an important skill to have no matter if you're a man or woman," Delafuente said.

One of her major interests is in cosmetology.

"I really enjoy doing hair and I also like cars," Delafuente said.

All three girls are breaking gender barriers and they have advice for other girls.

"It's up to you what you want for your career and if that's what interests you then go for it," Delafuente said.

"Go for it. Don't listen to anybody else," Pearce said.

"A lot of people will tell you that you can't do it ... and you figure out you're better at it than anybody else," Martinez said.