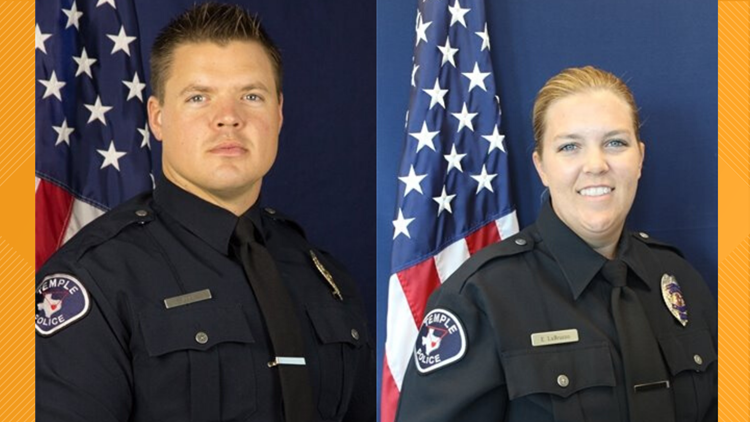 Two Temple police officers are being hailed as heroes for saving the life of a teenager who was experiencing an emotional crisis.

Officer Emily LaBruzzo and Officer Bryan Pedigo responded to the report of a person standing over the railing of the East Avenue H Bridge on Jan. 12. LaBruzzo was talking to the 15-year-old girl, attempting to get her down from the ledge. That's when Pedigo grabbed the teenager and pulled her back to safety.

"These two officers did an excellent job working together to resolve this situation and save this young woman's life," Tobin said, "We are proud to have such dedicated, quick-thinking officers serving our community."

Both officers have been nominated for the Temple Police Department's Life-Saving Award.

LaBruzzo joined the department in 2019, while Pedigo has been with TPD for five years.

Check out what else people are talking about on KCENTV.COM: