The BolaWrap shoots a tether that wraps around the legs or arms of someone who may be in a mental crisis or who is not following the commands of officers. 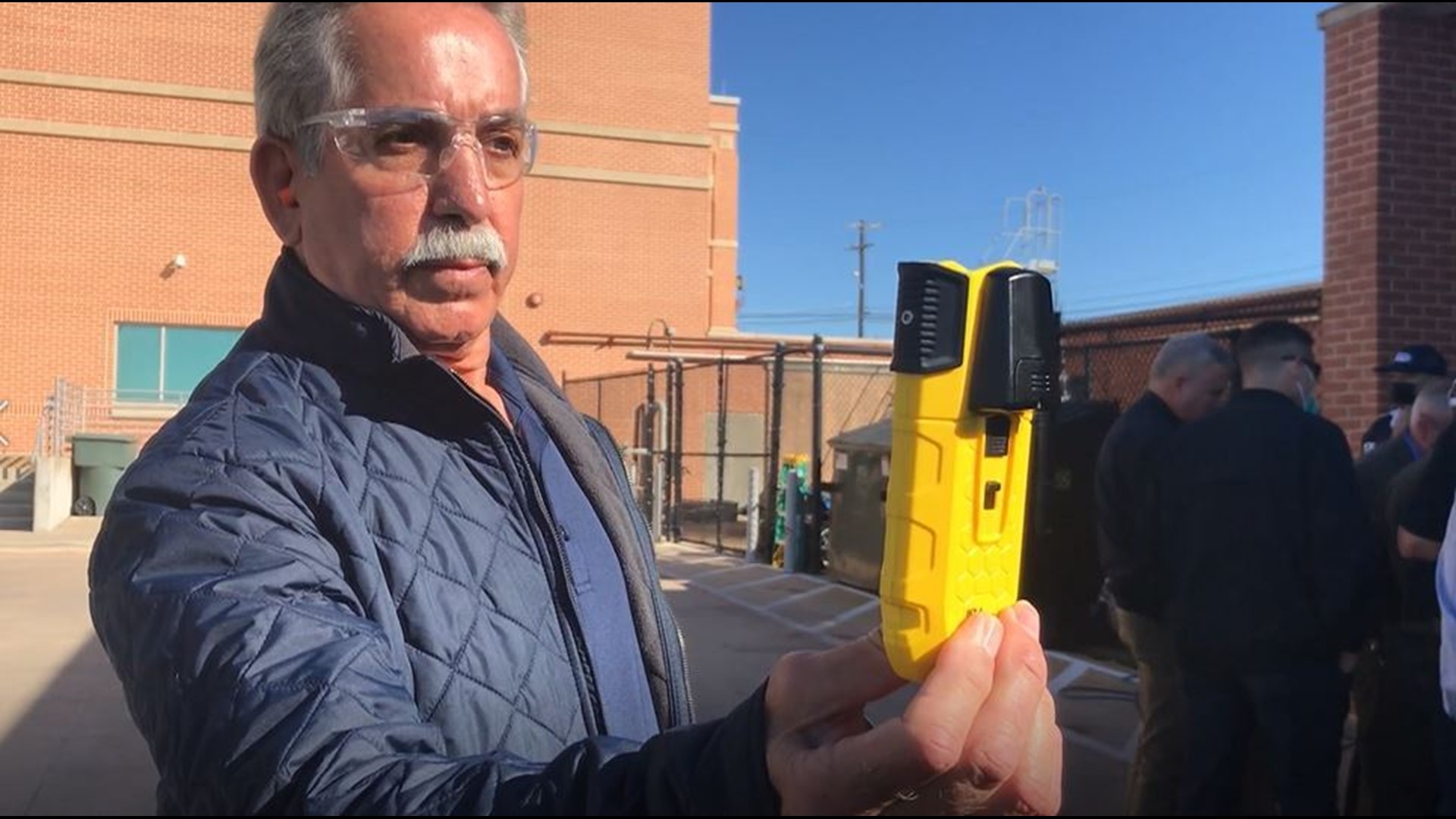 TEMPLE, Texas — The Temple Police Department is testing out a new tool designed to restrain suspects without lethal force. It is called a BolaWrap, and Temple police are thinking about putting them to use on the streets to help de-escalate certain situations.

“It is propelled by a .380 partial charged blank, so it does sound like a small-caliber gunshot,” BolaWrap Senior Instructor Rodney Sherrod said. “And that is used to our advantage, because the offenders who've just been wrapped think, what just happened to me?"

Temple Police Chief Shawn Reynolds said he is considering using the BolaWrap. That is why his officers sat in on a presentation about the new technology and got hands-on training on how to use it.

“I’ve always been dedicated to providing technology that makes folks safer, safer for the officers, and safer for the community,” Reynolds said. “Anytime we can provide a tactical advantage for officers in making an arrest and detaining somebody where they don’t have to put hands on somebody, or use force, or end up in a closed quarters combat situation, that is a win in my opinion."

The BolaWrap shoots a tether that wraps around the legs or arms of someone who may be in a mental crisis or who is not following the commands of officers. The goal is to allow officers to safely and humanely take people into custody without injury. Thursday was the first day Temple Police officers were able to test and evaluate the BolaWrap.

The decision has not been made on whether the department will purchase them. That would require the approval of the city council.

"So I have to prepare a compelling case if we decide to go with this technology or not, and provide it where it makes use for and provides good values for the cities dollars," Reynolds said.

If Temple Police decide to get the BolaWraps they will cost the city about $220,000. Waco Police officers are already using them. The department purchased them in 2019.