The bodies of the pair that went missing on Jan. 4 were found in a shallow grave in rural Oklahoma last week. 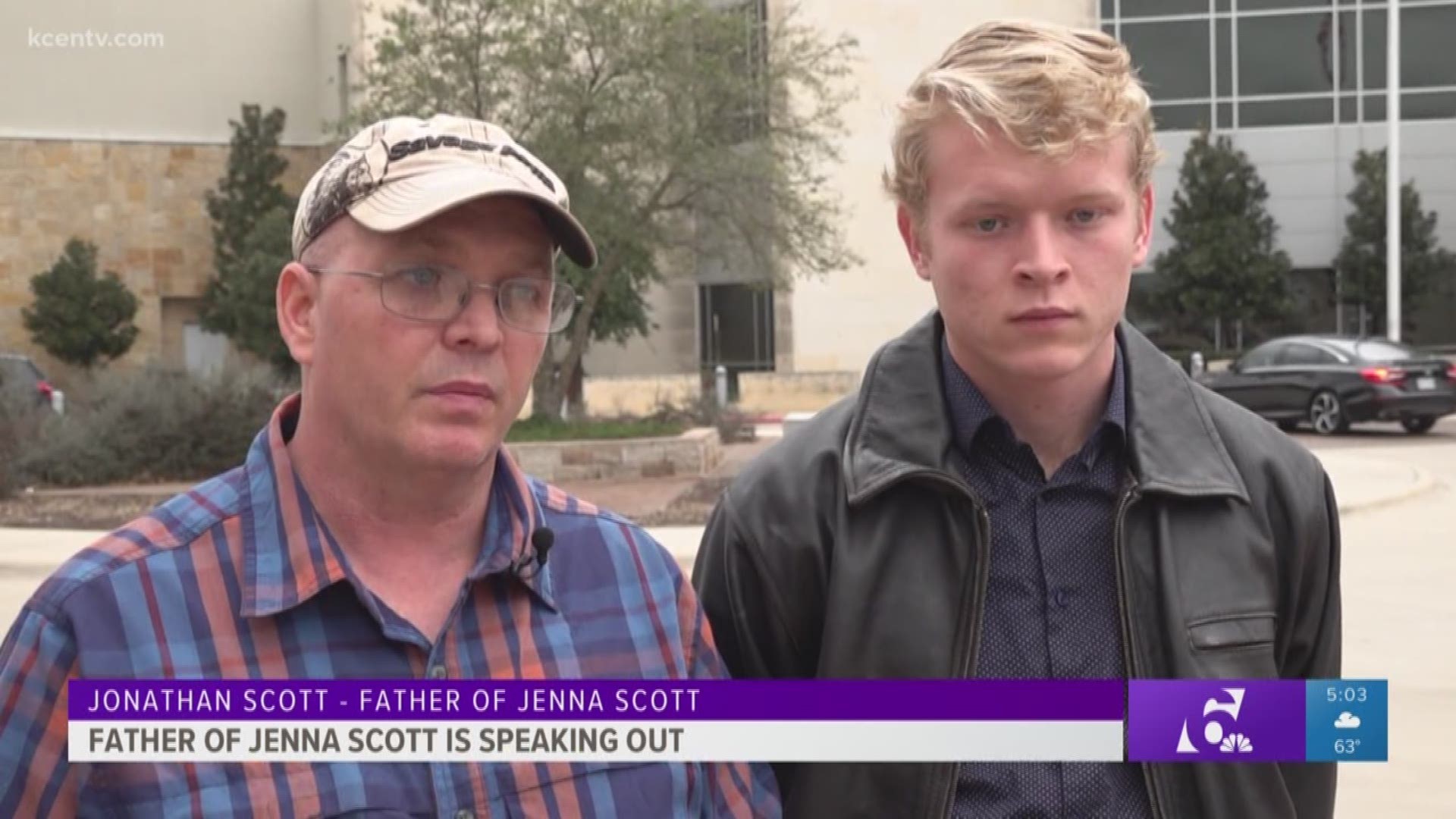 TEMPLE, Texas — Jenna Scott's father spoke on Tuesday after he saw his daughter's body for the first time since she died.

As of Tuesday, the Temple Police Department is calling the Jenna Scott and Michael Swearingin case a homicide investigation.

The Oklahoma State Bureau of Investigation first called the case a homicide investigation when the pair's bodies were found last Tuesday, Jan. 15.

The department said there are still no suspects in the investigation, but Jonathan Scott said he believes his daughter would've been safer if she had been granted a protective order.

Jenna Scott had requested a protective order against her ex-boyfriend, Cedric Marks, but it was denied by a Bell County Judge on Sept. 17, 2018.

Marks, who is not a suspect in her death, was arrested in Michigan Jan. 8 for a charge related to breaking into Scott's home in Temple on Aug. 24, 2018, police said.

Jonathan Scott said there needs to be more options for people seeking protection in a domestic violence situation.

"We are going to move forward to see what we can do as a group that surrounds domestic violence and protective orders, because there needs to be something better in place than what is currently there," Scott said.