As the snow and ice accumulated throughout Central Texas, the generosity of people who have shown compassion for others is amazing. 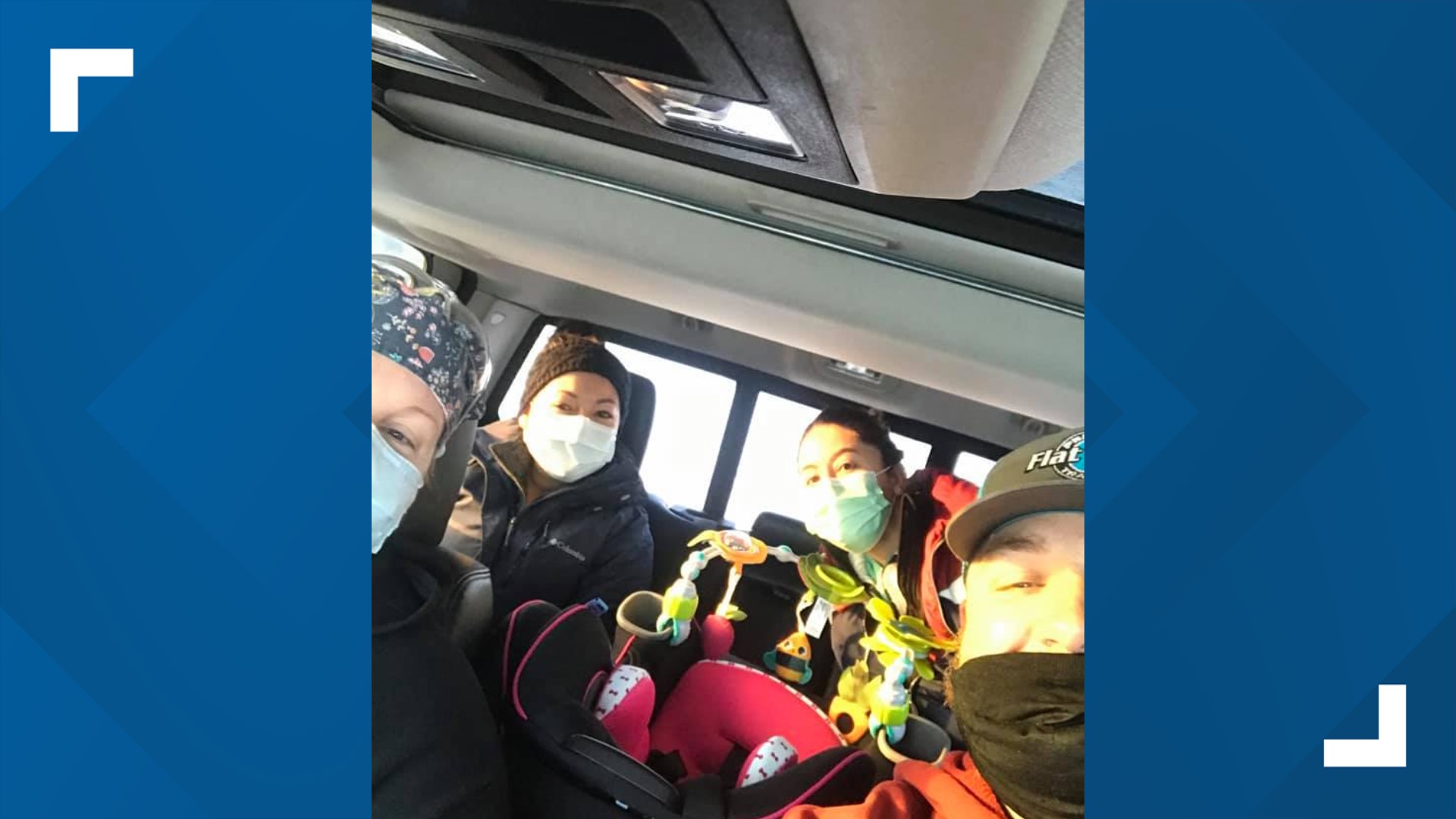 TEMPLE, Texas — As the snow and ice accumulated throughout Central Texas and the temperature never rose above freezing, the generosity of people who have shown compassion for others is amazing.

Shawn Pede has a four-wheel-drive truck and posted to Facebook on Valentine's Day to let first responders and medical personnel know he was available to help them get to where they need to be.

"Just really wanted to do my part and reach out to everyone who is in need," Pede said. "Whether it's a ride, or a heater, really anything I can possibly help with."

Adrian Donaldson and Christopher Torres helped nearly 40 people, some of them elderly, after they got stuck on 31st street in Temple.

"Yesterday, when we were pulling people out, so many people were just passing everyone up and not stopping to help and I think it's kind-hearted to help people out in this world right now," Donaldson said.

Torres said he felt it was only right to help others. He hopes others will as well in the coming days, especially when he thinks that it could be someone'ss grandparents.

"If you don't help others, then the same will isn't going to occur. If you aren't going to help someone else, they could be stuck there," Torres said.

Gordon Darting, Jr. has also helped anyone that he can in Troy and said he's spent some time pulling people out of ditches and helping feed those who need it a warm meal during bitterly cold temperatures.

"It takes a village to raise a village and to help a village. I mean, first and foremost, we should rely on your neighbors, friends and family as opposed to other people and other entities because as you can see now, these entities have failed," he said.

Pede said it's a personal choice to help others and points to how he was raised growing up.

"What it boils down to at the end of the day is, everyone has different beliefs and comes from different backgrounds but we're all each other's brothers and sisters, and I've always been taught to be my brother's keeper and look out for everybody," Pede said.

Darting, Jr. said if anyone needs help, reach out, ask and he'll do everything he can to get you what you need.

"Don't sit in the dark, don't be without. If somebody has something and they don't need it, they'll be the first to give it to you," he said.

As the next round of weather approached and could potentially drop more ice on a region decimated by bitter cold, power outages and snow, these heroes said they will be there to help until this arctic blast is gone.

"Don't be afraid to ask. If there is something you need, at least ask it and somebody will figure out a way to make it happen," Pede told us.

If you are someone you know is struggling, is hungry, needs help, and/or can lend a helping hand, you can e-mail Shawn and e-mail Gordon for help.