And the boat they were on wasn’t much bigger than that shark! 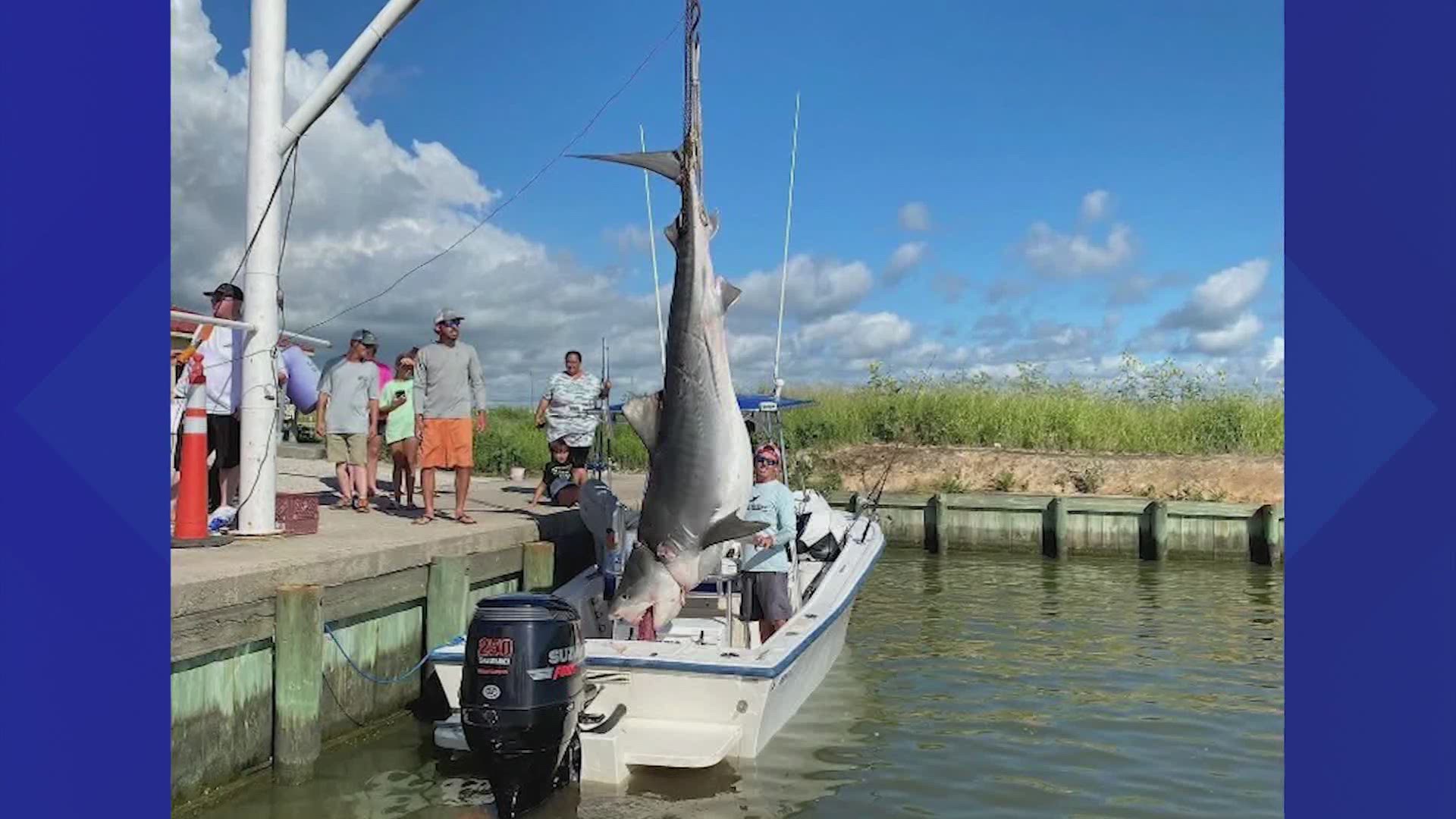 TEXAS CITY, Texas — Talk about the catch of a lifetime for one Texas City fisherman when he reeled in a very rare 1,000-pound shark 40 miles off the coast of Galveston.

And get this: the boat they were on wasn’t much bigger than that shark!

For Avery Fuller and his three brothers, it’s always been their destiny.

“It’s been in our family for as long as I can remember," Fuller said.

Catching sharks off the coast of Galveston just like their dad.

“We’ve always been trying to beat him or match him," Fuller said.

But they’ve never been able to meet the bar that dad set 30 years ago when he caught a 1,000-pound tiger shark, winning first place in the tournament.

That is, until now.

“There’s only been three 1,000-pound Tiger sharks that I know of," Fuller said.

"I couldn't believe it." Avery Fuller said they thought the shark was about 750-800 pounds. They never expected it would weigh in at 1,004 POUNDS! What a MASSIVE catch! 🦈 More from him tonight on @KHOU at 10! pic.twitter.com/zGgMffNT9d

Clint, Tyler and Avery Fuller were out fishing last week for a tournament.

It was almost midnight, and they got a bite.

“Started setting the hooks, got it hooked, got in the harness, got strapped in," Avery said.

The hook was set, and the fight only took about 20 minutes.

“She kind of laid there in the water and did big circles, and we got her on that second circle," Avery Fuller said.

They knew she was big.

“I think I realized the size of the shark when we got it in the boat," Avery Fuller said.

But they never expected the final weight.

“The weighmaster said right at a 1,000, and we just looked at each other and started freaking out," Avery Fuller said.

“I hopped down there, gave them high fives and hugs. It was awesome," Clint Fuller said.

Weighing in at 1,004 pounds, the lucky catch barely inched passed Avery Fuller’s goal to catch up with Dad.

Texas Parks and Wildlife says it is legal to catch and keep a tiger shark, but it has to be a minimum of 64 inches. This shark was more than twice that size at 12 feet, 6 inches.

And in the end, they walked away winners, with 12 foot tale to tell.