Texas has fallen behind in a nationwide look at vaccine distribution — Here's why.

Texas is currently last in vaccination distribution in the U.S. 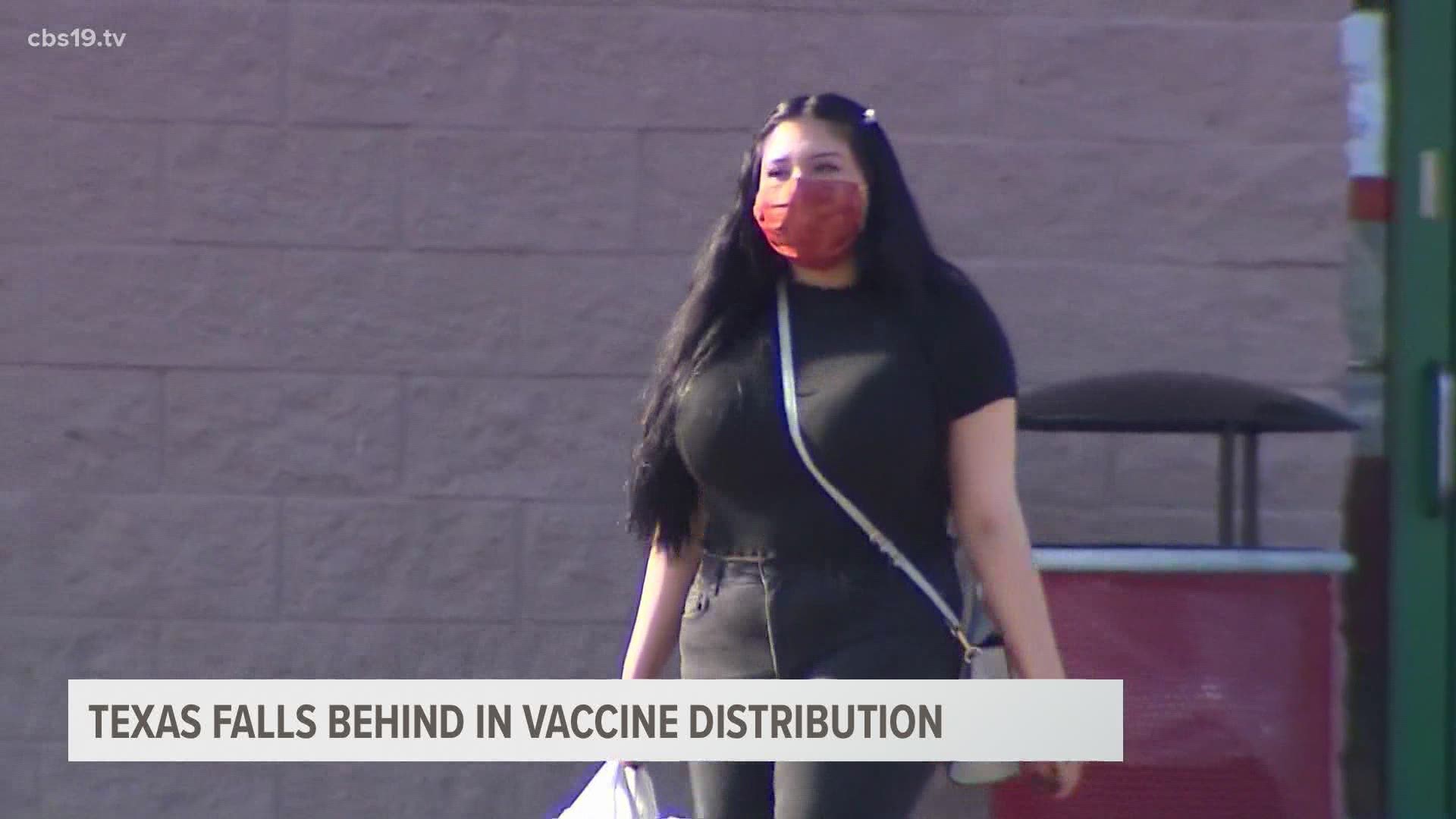 TEXAS, USA — The race to herd immunity against COVID-19 is on. Governor Greg Abbott said that by early May, anyone who wants to be vaccinated should be able to.

This announcement comes at the same time the CDC data shows Texas as the last of the 50 states in vaccine distribution.

George Roberts, CEO of NETHealth, says his hands are tied.

“I can only vaccinate as many people as I get supply for,” Roberts said.

The Department of State Health Services (DSHS) tells us they’ve been asking the CDC for more vaccines since January, and were told that our state’s ration is based off of the adult population back in 2018.

Texas' population has grown by more than one million people since then, so the ratio is no longer accurate. The DSHS says this could explain why the supply just isn't there.

“We’re using [the vaccine] as fast as we can get it," Roberts said.

As for Gov. Abbott's projection for widespread vaccine availability by early May, Roberts said, “I think that that's pretty good to me right now. Based on that we've worked through our waiting list. That's a pretty good indicator right now. I would submit that Texas is doing about as good of a job as can be expected under these circumstances.”

The CDC said it would be reviewing its formula for allocating to the states, but so far, DSHS hasn’t noticed any improvements.

RELATED: Coronavirus Tracker: Texas estimates that over 2.5 million people have recovered from COVID-19 in the state