A Houston mother chases a voyeur from a sports store dressing room and into a parking lot after he attempts to record her while changing. 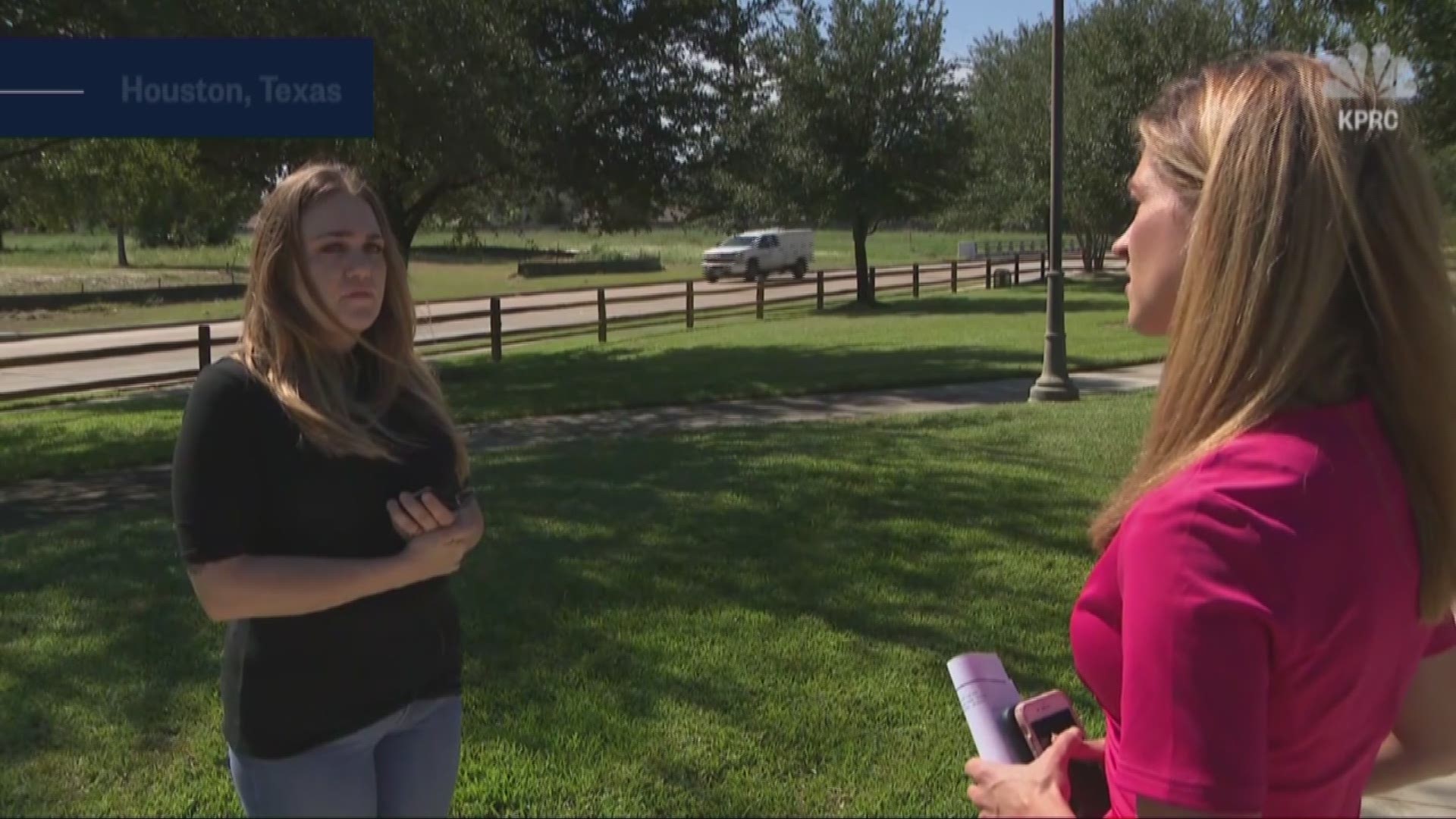 HOUSTON — A Houston, Texas woman chased a man out of a department store after she said the man took pictures of her while she was changing in an Academy Sports dressing room.

"I have a very clear picture of his face, very clear," Holly Armstrong says.

Armstrong says the man who violated her privacy is ingrained in her mind, but she wanted to make sure it was also captured on video.

"There was a moment when I followed him out of the dressing room where I said, 'No, there has been too many times where people get to walk away from doing creepy things like this and I'm not going to just let him walk away,'" Armstrong says.

On Wednesday afternoon, Armstrong said she was in the dressing room with her 4-year-old at the Academy Sports when she saw something in the mirror; a man's hand holding a cellphone.

"I noticed in the reflection that someone was holding a camera over the partition in the dressing room and it was pointed at me," Armstrong said.

She said that she banged on the door and started yelling at store employees for help. She said when the man made a beeline for the exit, she decided to whip out her cellphone and take pictures and video.

"He tried to hide his face, but I wanted to have some kind of identification."