US Coast Guard: 'All four missing crewmen have been recovered' after the pipeline explosion in Corpus Christi on August 24

Officials say crews are currently on the scene assisting with the search and rescue in the Corpus Christi Bay waters. 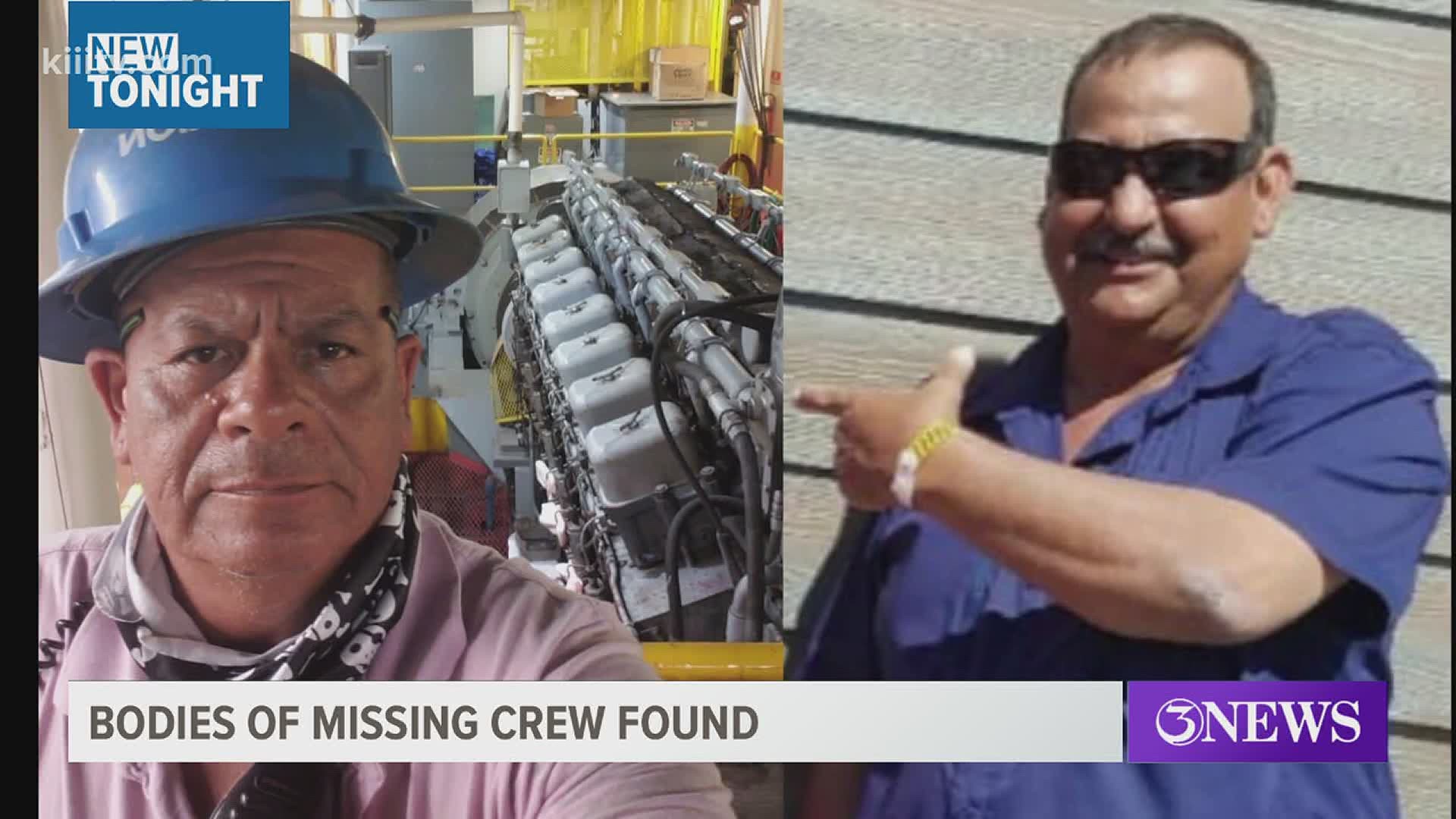 The search for the four crew members that began Friday, August 24, has ended as the United States Coast Guard was able to locate the missing crew.

"Coast Guard and salvage crews recovered the bodies of the two remaining crew members Monday after recovering a portion of the dredging vessel Waymon L Boyd from the Corpus Christi Ship Channel in Corpus Christi, Texas," the US Coast Guard stated in a news release Monday afternoon.

The Coast Guard said all missing crew members have been found and the families have been notified.

“We are devastated by the loss of four of our colleagues, each of whom has been a valuable part of the Orion team for many years," Mark Stauffer, CEO for Orion Marine Group said. "Our heartfelt prayers and sympathy are extended to their families and friends, and we ask that everyone please respect their privacy as we all work to recover from this terrible incident.”

According to the Coast Guard, pollution response and salvage operations of the dredging vessel are ongoing. The Captain of the Port has modified the safety zone in the Corpus Christi Ship Channel to allow vessel traffic throughout the Inner Harbor with restrictions.

For the most recent Marine Safety Information Bulletins regarding the safety zone restrictions visit the Coast Guard’s Homeport site.

Approximately 1,600 gallons of diesel fuel has been removed from the water, according to the Coast Guard.

The Port Corpus Christi announced its continued and ongoing recovery efforts with the U.S. Coast Guard and the Unified Incident Command Team for the dredging vessel.

"The restricted portion of the Corpus Christi Ship Channel will reopen when it is absolutely safe to do so. As the only major refining center on the U.S. Gulf Coast that currently is not expected to be within the anticipated area of impact from Tropical Storms Marco and Laura, efforts are also focused on recovery operations and reopening the affected portion of the Ship Channel so these critical refining centers can resume normal operations," stated Port of Corpus Christi officials.

The Coast Guard announced they have suspended its search Saturday for two missing crew members from the dredging vessel Waymon L Boyd.

According to Coast Guard officials, the bodies of two of the missing crew members were recovered at approximately 2 a.m. and 10:45 a.m. on Saturday morning, but two crew members remained missing.

“The decision to suspend a search is never easy and a lot of factors are considered before suspending a search. We extend our heartfelt condolences to the friends and families of the missing crew members during this difficult time," said Capt. Gaynor.

Involved in the search were:

The United States Coast Guard has confirmed that the bodies of two missing crew members from the Waymon L. Boyd vessel were recovered Saturday morning.

Officials say the bodies of the crew members were recovered at approximately 2 a.m. and 10:45 a.m. on August 22.

According to the U.S. Coast Guard, two crew members remain missing and they are continuing the search in the Corpus Christi Bay waters.

Authorities say the fire onboard the dredging vessel, Waymon L. Boyd, was extinguished at approximately 10 p.m. Friday night, after the large vessel broke apart and sunk.

The Coast Guard Captain of the Port of Corpus Christi closed the Inner Harbor from the Chemical Turning Basin to the Viola Turning Basin, officials say.

“We greatly appreciate the efforts of the U.S. Coast Guard and other responders in their efforts to recover our missing crewmen," said Mark Stauffer, CEO, Orion Marine Group. "Our focus is on supporting our employees and their families during this difficult time and our thoughts and prayers are with them and all the first responders. We continue to work alongside the U.S. Coast Guard, the Port of Corpus Christi Authority, TCEQ, and the other agencies to assist in the recovery of our personnel and the wider investigation into this incident.”

“Our thoughts and prayers go out to the impacted crewmen and their families," said Sean Strawbridge, CEO, Port of Corpus Christi.

"A full investigation is underway; however, search and rescue efforts are our first priority. It will not be clear for some time the cause of this accident, and any definitive statements to the contrary would be premature. We will continue to provide updates as the situation progresses."