The Backstory: America's worst school disaster happened in Texas 84 years ago this month 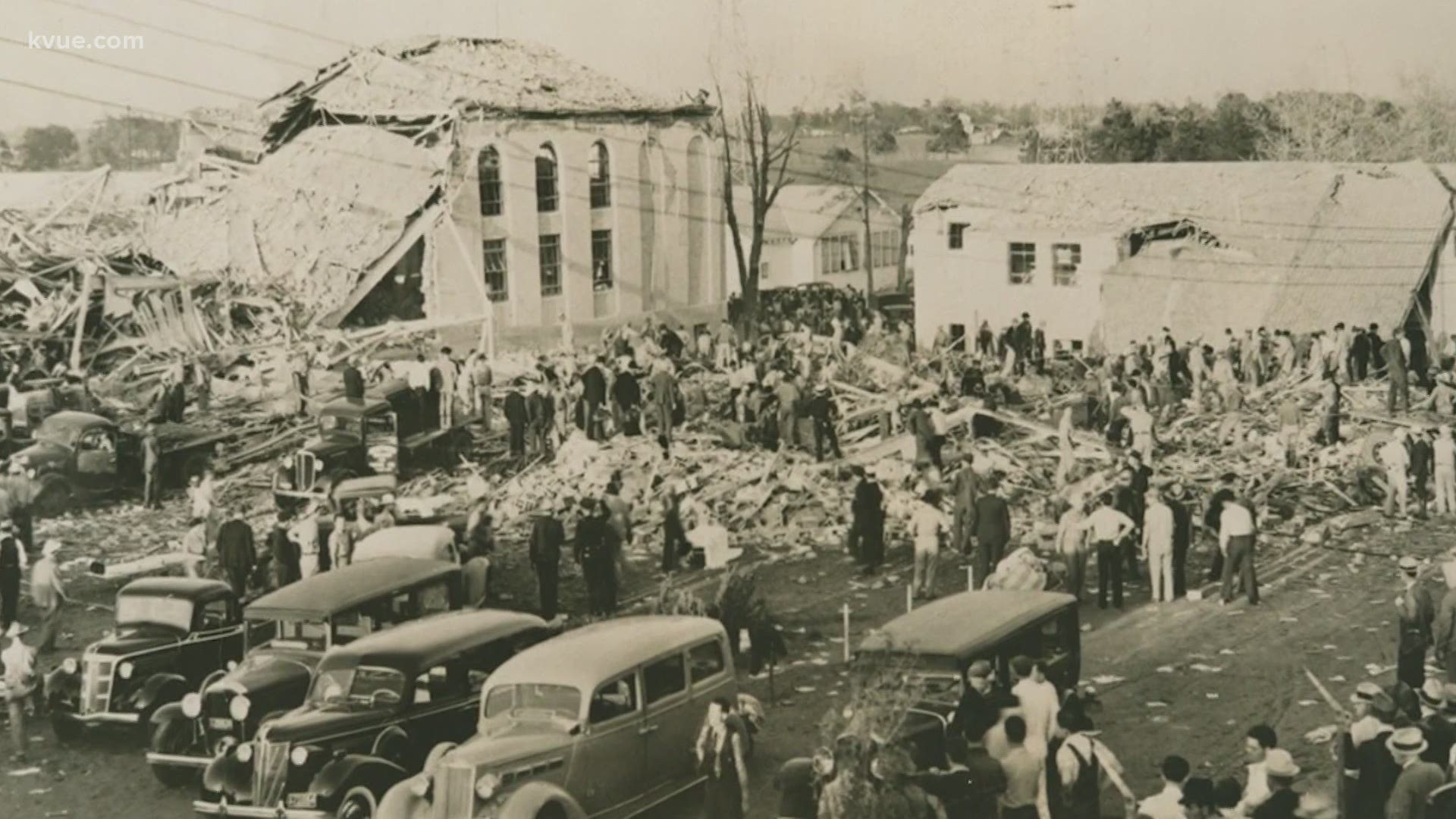 RUSK COUNTY, Texas — Despite the Great Depression of the 1930s, money was flowing from the oil fields of East Texas. Little towns like New London in Rusk County were prosperous for many, so much so that the community built a new school to educate grades five through 12.

It was heralded as one of the most modern in Texas. To provide heat in winter, school officials saved taxpayers $300 a month to pipe in natural gas from the oil fields. It was a tragic mistake.

A young Associated Press reporter who went on to fame as a television news anchor, Walter Cronkite, covered the story. He would later write in his book, "A Reporter's Life," that “two minutes before classes were to be dismissed for the weekend, a student in the basement woodworking shop switched off a band saw. The spark did its work.”

A witness said the building seemed to lift up, then crash to the ground. Workers from the oil fields rushed in to help pull victims from the tangled mass of shattered steel and concrete. But for many of the students and teachers, nothing could be done: 294 died – 40 teachers, the rest, children and teens.

Back then natural gas was odorless so school personnel had no way of knowing the gas had reached dangerous levels in the sub-basement of the school. Because of the disaster, a law was passed to require that a chemical be added to natural gas in order to give it its distinctive “rotten egg” smell, no doubt saving lives.

Today, the New London Museum welcomes visitors from across the country. And nearby, close to the new high school, a monument recalls that terrible day when virtually an entire generation was lost.

VERIFY: Do you still need to wear a mask after you get vaccinated?