In San Antonio-area schools of at least 1,000 students, more than a dozen would be infected with COVID-19 if classes started today, the study found. 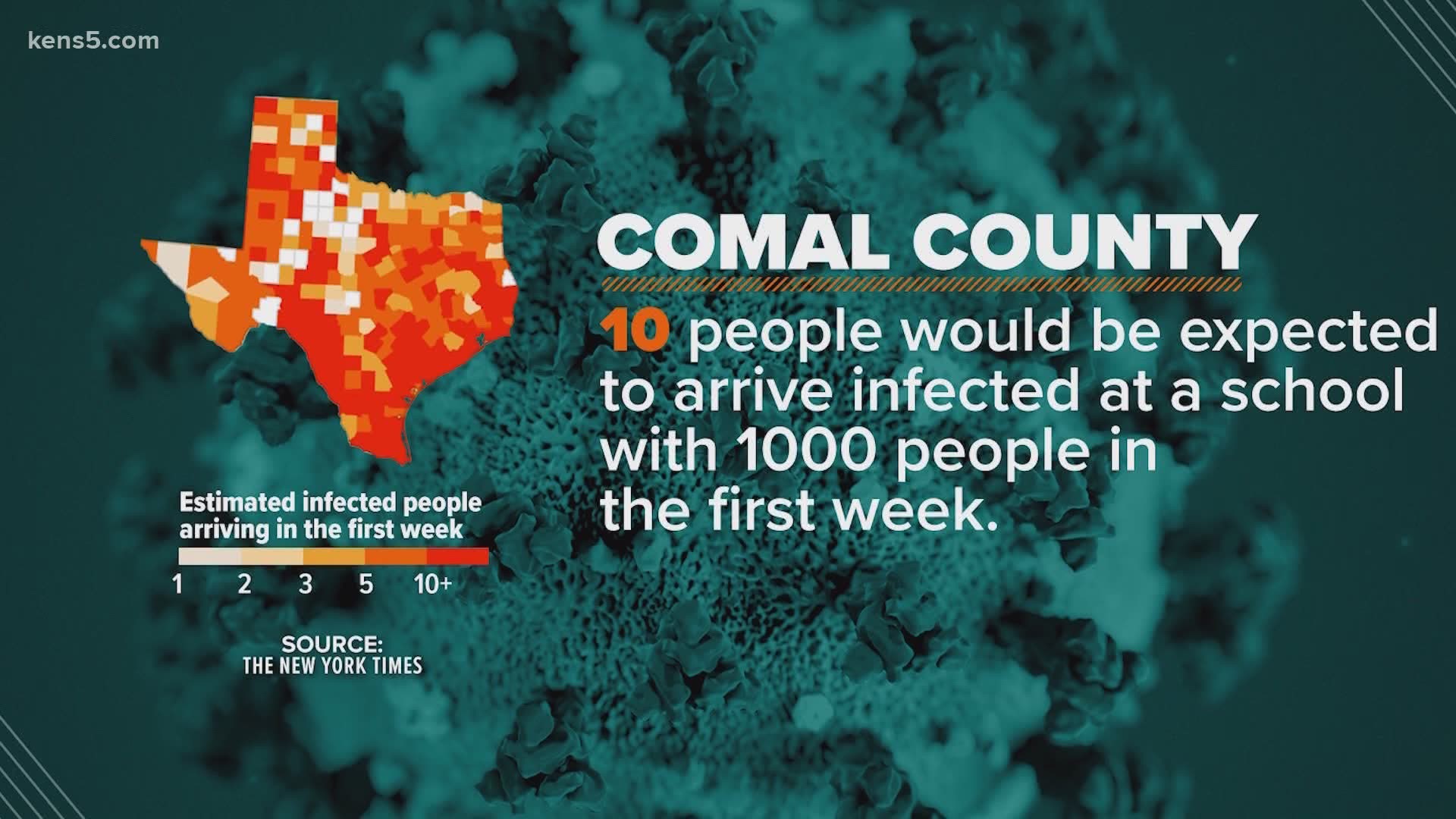 SAN ANTONIO — As the start of the school year continues to approach for many local school districts, starting with San Antonio ISD on Monday, a new study conducted by researchers at the University of Texas in Austin shows how likely it is that schools will see at least one positive coronavirus diagnosis within the first week of the semester.

Spencer Fox was a part of that research team, the findings of which were tabulted in interactive-chart form by the New York Times, and says most schools could see positive cases early.

“What we attempted to do with this analysis is give a metric schools can look at to consider the feasibility of reopening. Over 80% of the US population lives in a region that could expect at least one student to come into school on the first week infected,” Fox said.

Those statistics are just for schools with 500 students.

“On average, we expect, in Bexar County, eight students to be infected in a school of 500,” Fox said.

For comparison, the study found that equal-sized schools in Guadalupe County can expect to have three infected students in their first week, and in Comal County five students.

In Bexar County schools with 1,000 students or more, the number almost doubles, with 15 students that would have the coronavirus within the first week if classes started today.

He said those schools that could see at least one positive case should be wary upon reopening.

“What that means is you’ll have a high likelihood of infected people coming to classes, and that is before any transmission can happen in school."

It's something school districts are working on now to prevent from happening.