UT: 'The Eyes of Texas' will stay — school will 'fully own, acknowledge and teach' song's history

Many UT student-athletes previously demanded the removal or changing of the school song, which is sung by thousands at the university's football games. 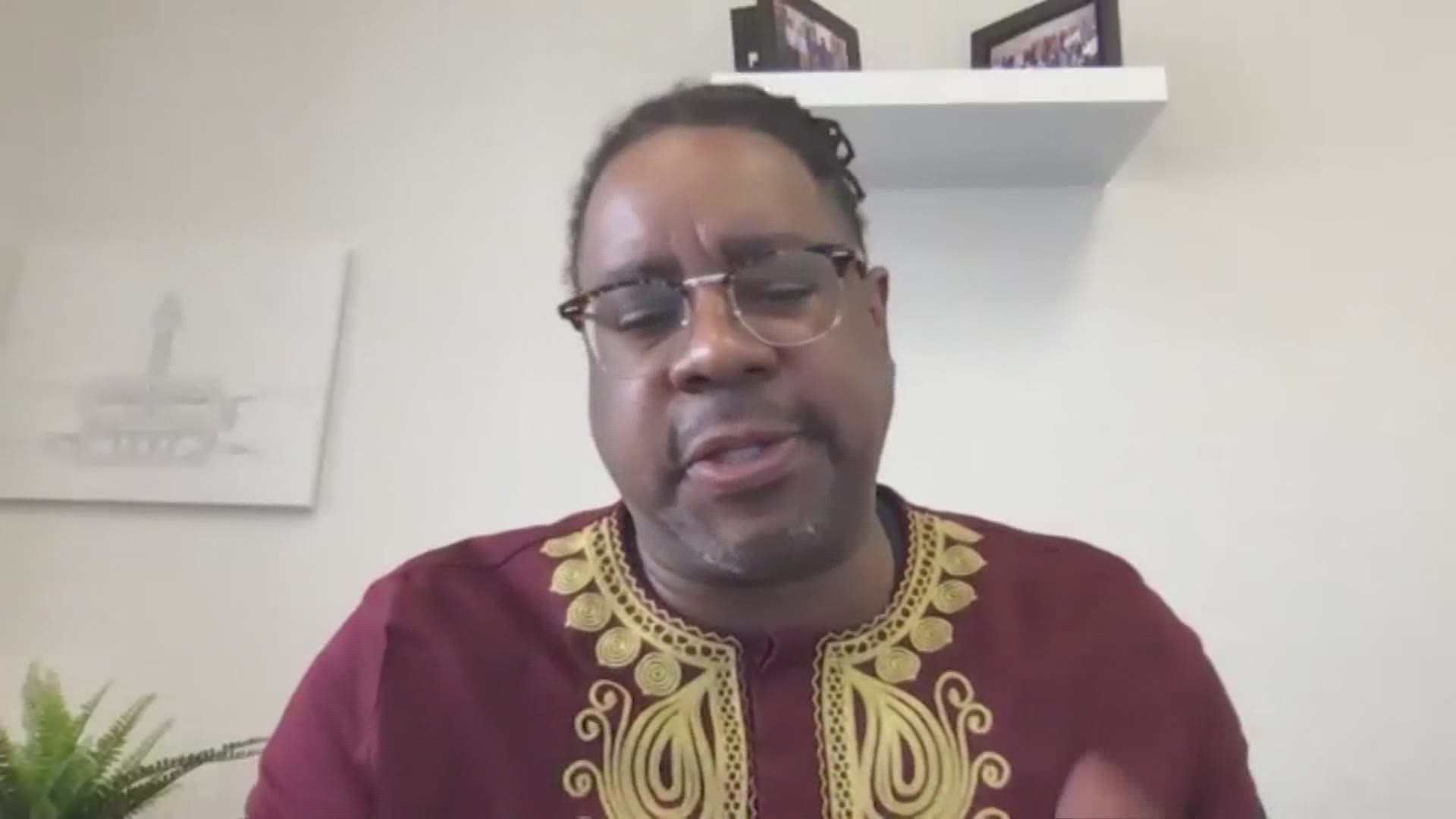 HOUSTON — "The Eyes of Texas” commission at the University of Texas released its report Tuesday morning, in short, saying it had not found any "racist intent" in the song's lyrics.

Note: the video in this story is from March 1 and reports on how some UT players reported receiving threats

The song, which is sung at UT games to the tune of the folk song "I've Been Working on the Railroad," has faced increased scrutiny since last summer's nationwide protests on police brutality and social injustice.

But the panel's findings make it clear the school song is not going anywhere.

Many UT players have been unapologetically outspoken against the song, and a faction of student-athletes included it in their list of demands for the university to address. The most recent comments came from UT basketball player Matt Coleman, following the Longhorns' final regular-season game against TCU.

"If the song is racist then it shouldn’t be played, it’s as simple as that,” Coleman said about The Eyes of Texas.

Tuesday's 59-page report indicated the panel did not find any "racist intent" in the song and, as reported by Texas Monthly, it did not find "any historical connection" between the lyrics and anything said or written by Confederate Gen. Robert E. Lee.

READ IT: Read the report in PDF format

"The Eyes of Texas History Committee" was tasked with responding to "four charges" related to the school's alma mater, including finding the creators' intent and researching the history of UT's use and performance of the song.

According to the UT report, the concerns included the fact that the song was debuted in a minstrel show, and therefore, likely performed by student singers wearing blackface; and the belief that the phrase “the eyes of Texas are upon you” was derived from Confederate Gen. Robert E. Lee, who was thought to have often said “the eyes of the South are upon you;" the claim that lyrics such as “you cannot get away at night or early in the morn” were nostalgic references to slavery; and the belief that the tune itself, lifted from “The Levee Song,” better known as “I’ve Been Working on the Railroad,” constituted a racist trope.

The panel said their research found the phrase "the eyes of ___ are upon you" are unlikely to have originated with Lee. However, the committee also said the origination of the wording used is "unclear."

As Texas Monthly previously reported, the song isn't going away. It "has been an integral part of the lives of UT alumni for generations," sung by thousands at the football games — even taken on a piece of silk to the moon in 1969.

The school's panel said to reinforce that the school song will remain, they should "address the negativity of the song up front and then go about educating people on the historical context."

In a tweet Tuesday morning, the school stated "a committee of faculty scholars, students and alumni has completed its work documenting the nearly 120-year history of The Eyes of Texas as part of the university’s commitment to fully own, acknowledge and teach about its school song. We encourage all members of the Longhorn family to see the report and learn more about the history of the Eyes — and through the song, to learn more about the history of the university."

Among the recommendations are to create and publish a comprehensive fact-based history of the song and offer a complete history to the UT community. They also intend to create a high-quality website educating the public about the song's history, with interactive and video elements.

They also suggest creating "an institute at UT to study and encourage difficult conversations about controversial and challenging topics, including The Eyes of Texas.”

The findings and recommendations come days after the Texas Tribune reported that alumni and donors emailed President Jay Hartzell, threatening to stop supporting the university financially – including canceling season tickets, ending donations and boycotting games – if the school didn't stand up to "cancel culture."

The Tribune also reported anecdotes from Longhorn football players, saying they were forced by the university to stay on the field for the alma mater to appease the fans.

When it came to the controversial topic of "The Eyes of Texas," Head Football Coach Steve Sarkisian said in his January introductory press conference, "it is our school song and we're going to sing it proudly." He added that having those tough discussions with the players is important and those associated with the program can't "put our head in the sand and act like things aren't happening."

KVUE staff contributed to this report