Guillen's family is angry that the Army waited until last week to launch a criminal investigation and their attorney said she'll ask Congress to investigate. 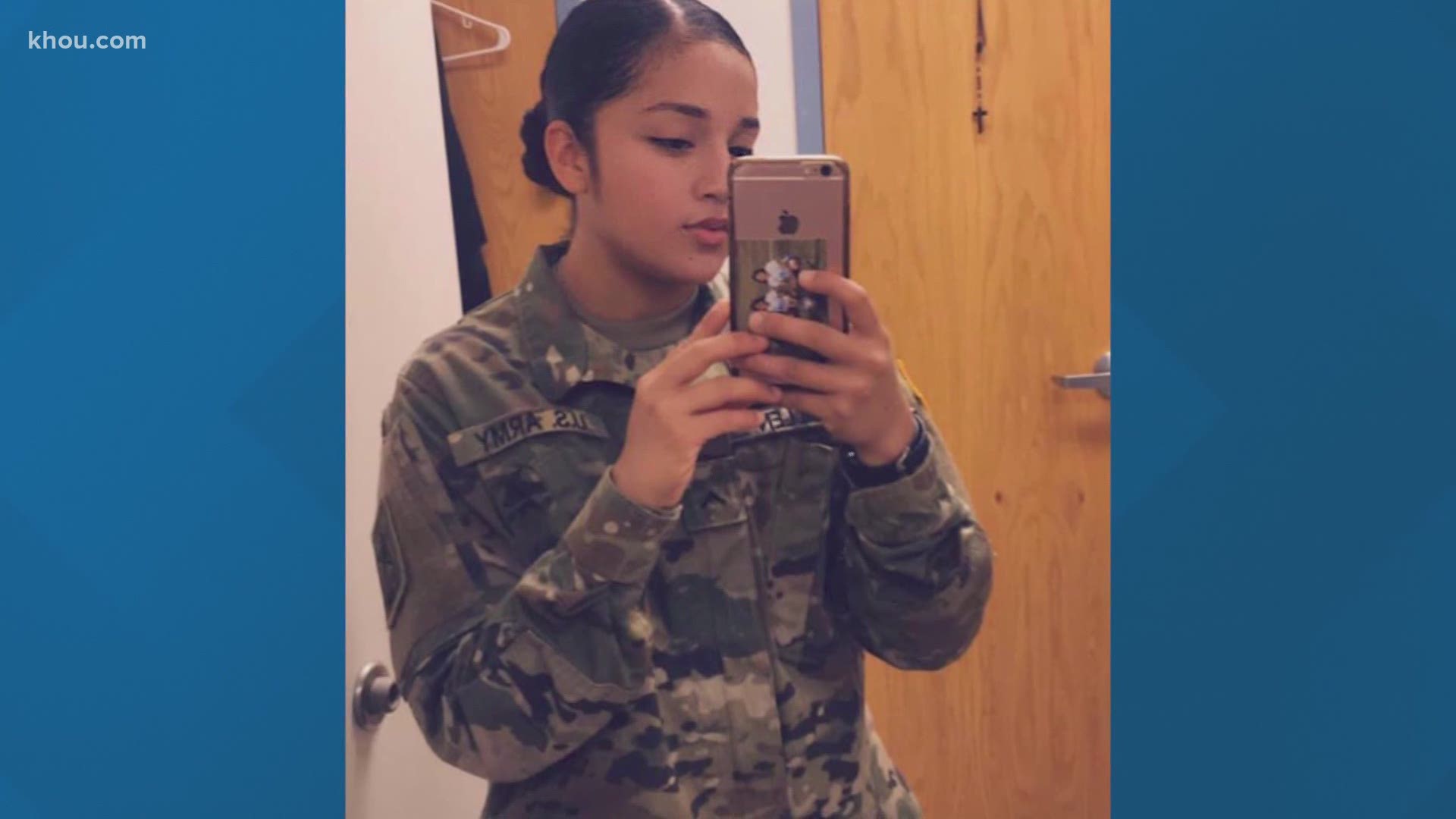 FORT HOOD, Texas — Two months after Fort Hood soldier Vanessa Guillen vanished, her family is still desperate for answers. They're also frustrated and angry that it's taken the Army  so long to pay attention to the case.

Gloria Guillen, Vanessa's mother, said she begged them from the very beginning to start searching.

"I demand justice and I demand their respect and that they respect my daughter as a soldier," Gloria Guillen said in Spanish Wednesday. "She enlisted for her country and to protect us. And now that she needs us, we need to support her and find her."

The anguished mother, her husband and daughter joined Congresswoman Sylvia Garcia for a news conference Tuesday after meeting with Army leaders about the case.

"This girl is my life. She's my everything," Gloria said. "I want my little girl back. For the love of God, help me."

She said she doesn't trust Fort Hood and she believes everything they've told her is lies.

"I want my daughter alive!" Gloria Guillen said. "Because, God forbid, my daughter turns up dead, I shut down this base."

Rep. Garcia said Army investigators now suspect foul play in the case. She said it's the first time they've confirmed they're treating Vanessa's disappearance as a criminal investigation, but they didn't elaborate.

Garcia said the Army still can't provide a full timeline of the day Vanessa. disappeared, other then to say the last known contact was 11:30 a.m. on April 22.

"We don't want just attention. We want action. We want answers," Garcia said. "We've got to remember that this is a family that is hurting."

Family members say Vanessa, a Houston native, told them she'd been sexually harassed by her superiors. One example they gave is that a sergeant walked in on her when she was in the shower.

Natalie Khawam, the family's attorney, said Vanessa never reported the harassment because she was scared of retaliation.

"There’s something extremely troubling about this case. A military base is probably one of the most secure places you can be. You have ID check-ins -- there are security cameras everywhere," Khawam told KHOU Monday.

Vanessa’s car, keys and wallet were all left behind. The only thing missing is her cell phone.

A tip led search teams to the Leon River Monday, but they apparently haven't found anything.

Texas EquuSearch has been helping with the search.

If you have any information on Vanessa's whereabouts, contact Army CID Special Agents at (254) 287-2722.

RELATED: Where is Vanessa Guillen? Fort Hood soldier has been missing for two months