PART 1: The next financial crisis? A look at student loan debt in America

Americans have never had more student loan debt and it continues to grow! 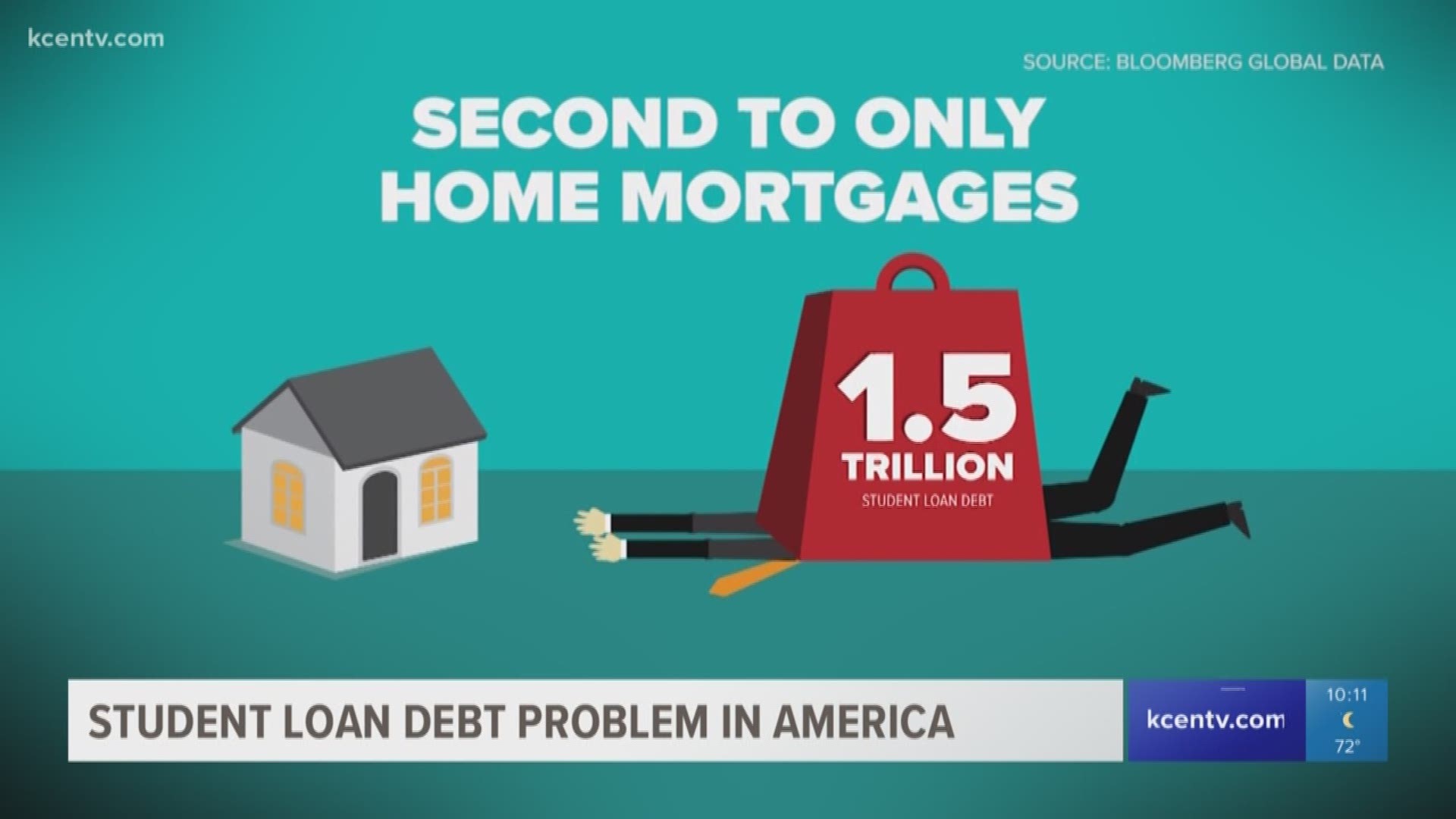 Studies show that college students who work 20 hours a week or less actually make better grades in school than those who don't work. You learn time management, you have some skin in the game and you're making some cash and not living off credit.

Tonight, on Channel 6 look for my two-part series on student loan debt. This is all about what happens to the individual and what could happen to the country with all that debt.

The first example is bank teller Andrea Belger. She has an undergraduate and graduate degree, a new baby, and a tremendous amount of school debt.

“Because of how easy it was to take the loans, I just kept going, and I wasn't really educated on the depth of what would happen," Belger said.

Samantha Ealy is another example. She followed a similar path, with an undergraduate degree from Baylor in film and digital media and is also working on a master's degree in business administration from Stanford. The big difference is she attacked the debt in every way imaginable, knocking out more than $40,000 in student loan debt.

"And from there is when I realized I have to do something differently. And that's what started me on my path to getting my money together, to paying off all my debt, to working multiple jobs, sacrificing, and doing as much research into personal finance as I could," Ealy said.

Although there were different outcomes, the story of student debt is becoming more and more prevalent for those going to college, and those who will in the future.

Baylor Department of Management Chairman Blaine McCormick sees this continuing and he said it will affect discretionary income. He said a conversation must take place before signing up for loans.

Belger said she doesn’t know how she’s going to pay off her debt.

"Yeah, it's going to be deferred. I've basically already set it up in my head that I'm going to have that student loan payment well into my kids going to college, so I've accepted it as the norm in my bills basically," she said.

Ealy had some advice. "So, I would say sacrifice, just wait, you'll have your moment and it will be great. It will be even better if you do it without all of the debt."

That motivation led Ealy to pay off more than $70,000 in debt in a little less than three years.