Some of the challenges they're facing include when they had to shut down their thrift stores at the beginning of the pandemic, impacting their income significantly. 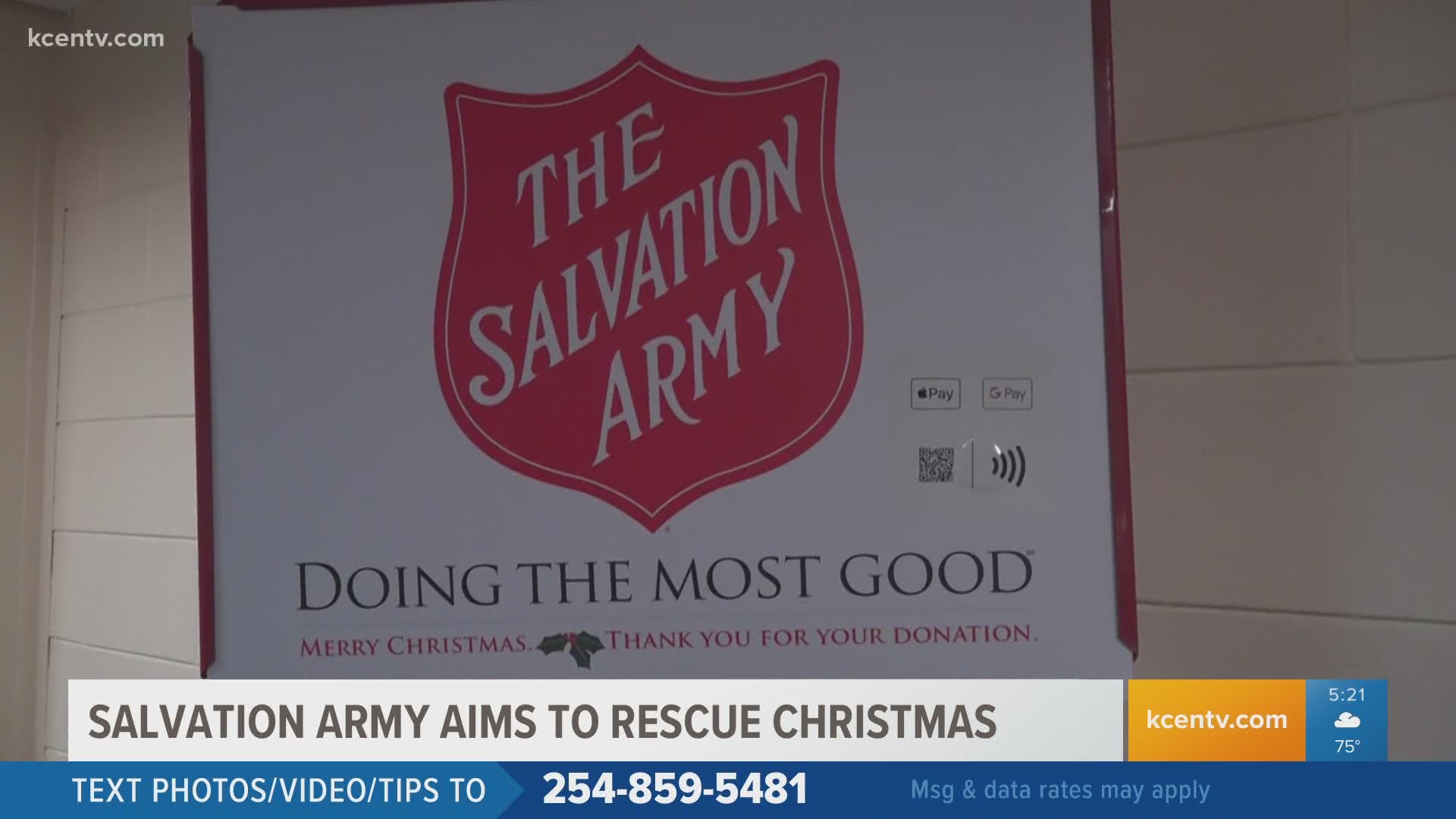 WACO, Texas — The Salvation Army is hoping to rescue Christmas this year. Their Red Kettle Campaign will begin earlier than usual to make up the gap in donations they're receiving due to the pandemic.

Some of the challenges they're facing include when they had to shut down their thrift stores at the beginning of the pandemic, impacting their income significantly. Taylor said many people have also not been making their donations due to financial hardship.

"Even though that demand is pretty significant in a normal year, we anticipate that this year is going to be even higher than it has been in years past," Taylor said.

Bell ringing will look different this year, since they can't have large groups. If you see a red kettle and want to donate, they now accept contact-less digital payments. Aside from donating in person, they're also adding virtual red kettles in hopes of raising enough money to meet the needs of the community.

"I don't know what it's gonna look like," Taylor said. "I don't know how successful it's going to be, but what I do know is that the people of Central Texas always stand up for their neighbor."

In central texas the Red Kettle Campaign begins in October, and Taylor said they will release more details on locations closer to the date.