More than 100 people are buried at Bull Hill not far from Marlin. It is a Texas historic site and subject of a PBS documentary. 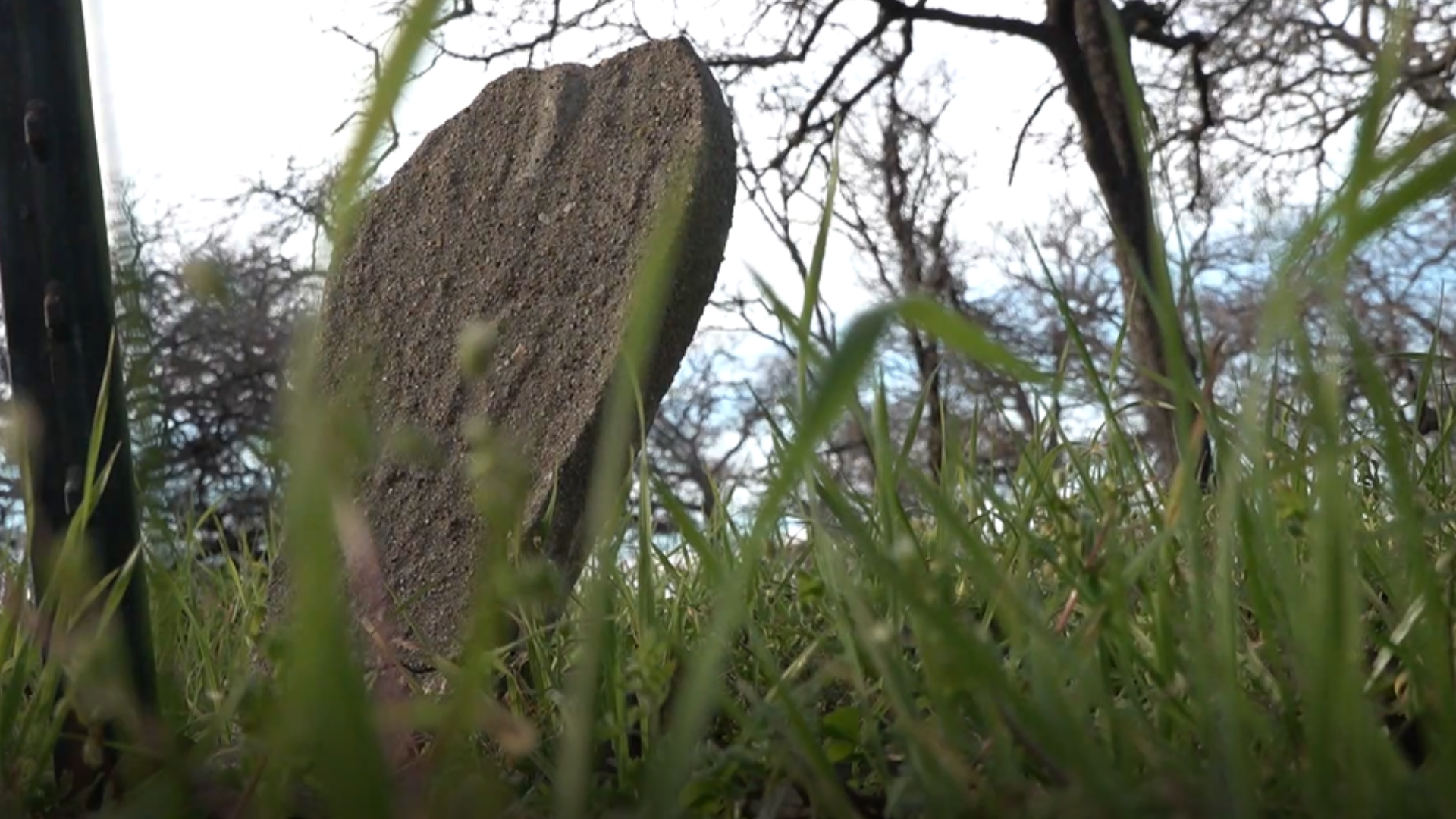 FALLS COUNTY, Texas — It is a story of extensive family research and discovery right here in Central Texas.

Bull Hill Cemetery sits deep in the woods of Falls County a few miles outside the city of Marlin on Farm-to-Market 712 East.

The cemetery was named a historic site in 2009 when archaeologists confirmed it was a slave burial site.

Charles Paul was born and raised in Marlin. He is a descendant of the people buried at Bull Hill.

"My grandfather and my great grandfather were actually slaves," said Paul. "We know they are buried out there."

More than 100 people are buried at Bull Hill but only seven headstones mark the graves, some of which are handwritten. Markers in the ground represent some of the others.

"During the family reunion we often go out there and take the kids so they know the connections to their roots," said Paul.

In 1849, Jones came from Alabama with nearly 60 slaves and established a 28,000-acre plantation encompassing the former Sarahville de Viesca settlement.

Paul's cousin Sharon Styles made a PBS documentary about it called, "Speak My Name and I Shall Live Again."

Styles traveled to Texas from Sacramento for a screening of the documentary at the Ervay Theater in Dallas.

The documentary shows how Styles and the Texas Historical Commission researched the cemetery and used remote sensing technology to see what was below the ground.

Credit: Jasmin Caldwell
One of the headstones at Bull Hill Cemetery in Falls County.

Styles said she did all the hard work so her ancestors could be remembered.

"If you continue to speak the names of your ancestors they never really die, or they live again,” said Styles.

Thanks to the oral testimony of Ned Broadus, a Falls County slave, it was discovered that Bull Hill is also the burial place of James Coryell, the lost Texas Ranger killed by native Americans in 1837.

"That founding of Falls County, if you think about it in terms of the story of Jim Coryell, has really become powerful in terms of Marlin's history in Texas," said Nedra Lee, Assistant Professor at the University of Massachusetts-Boston.

Both Styles and Paul are proud to be able to have found their families' place in history.

"We came from the cotton field to the head table and I just hope my father and my mother are proud of what we turned out to be," said Paul.

The last burial in Bull Hill was 1961. Styles said plans to beautify the cemetery are coming soon.

Katherine Johnson, one of NASA's 'Hidden Figures,' dies at 101