This month, officers with the Waco Police Department are switching out their patches for a pink one... all for a good cause. 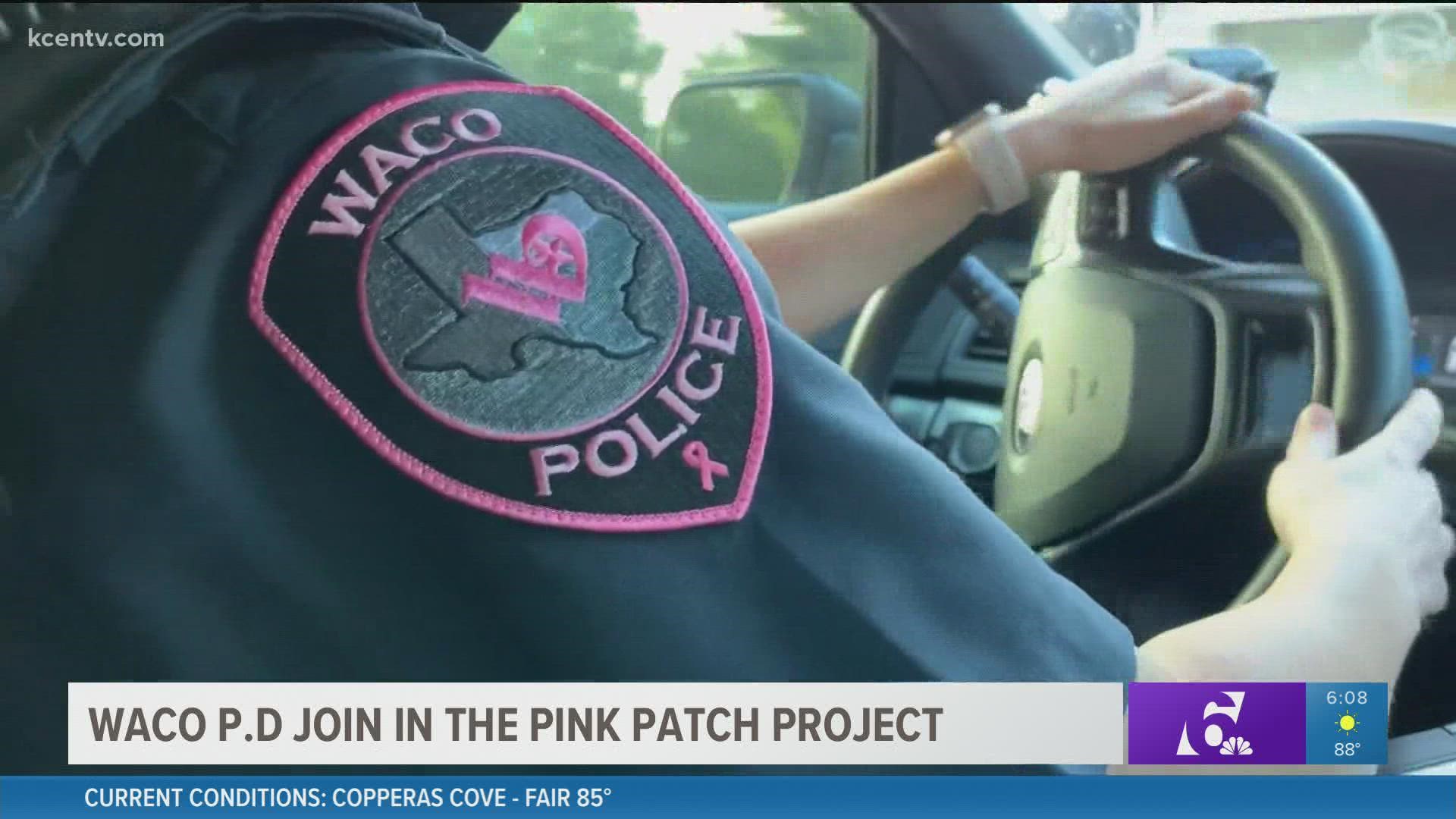 The Waco PD will change their police patches on their uniform to a special pink patch to show support during October for Breast Cancer Awareness month, according to Waco PD.

Two Waco Police officials told their stories about surviving breast cancer and why it's important to be aware of this disease.

"My life stopped and I just couldn't mentally wrap the fact that I was 34, fit and healthy and was about to have to fight cancer," said Nikki Kaufman, a Waco Police officer.

Kaufman said she had to leave her career to fight another battle, but she would come back to the police force a year later after being diagnosed.

"Just because I have my hair back and I appear to have it all together, I'm still currently taking a medication every day. I still have to have follow ups," said Kaufman.

According to the Centers for Disease Control and Prevention, 1-in-8 women will be diagnosed with breast cancer in the U.S.

Sarah Slider, a Waco Police records representative, was diagnosed with cancer when she 33 years old. She said she found a lump in her breast while performing a self-exam

Slider said, "because I found the lump so soon, it had not spread." She says her journey started with her mom who had died in 2011 and had the same cancer she had.

According to the American Cancer Society, breast cancer can be found in multiple forms and any change in the breast should be checked out by a doctor.

The Waco Police are honoring those like Kaufman and Slider by wearing the pink patches for awareness to the disease.

Slider says that if her story can reach one person, then it was all worth it.

"I feel honored that they are aware of how serious breast cancer is and I can't even tell you how many we will lose this year, so I am thankful to be apart of the pink badge project with Waco PD.

The Pink Patch Project began in 2013 with the Seal Beach Police Department in Southern California who wore the patches in honor of Breast Cancer Awareness Month.

On the Pink Patch Project website, they describe the program as an innovated public awareness campaign to bring attention to the fight against breast cancer and to support breast cancer research.

The public can learn more about the project here.