The Supreme Court of Texas said Chris Norman's resignation was in the best interest of the public, and his profession. 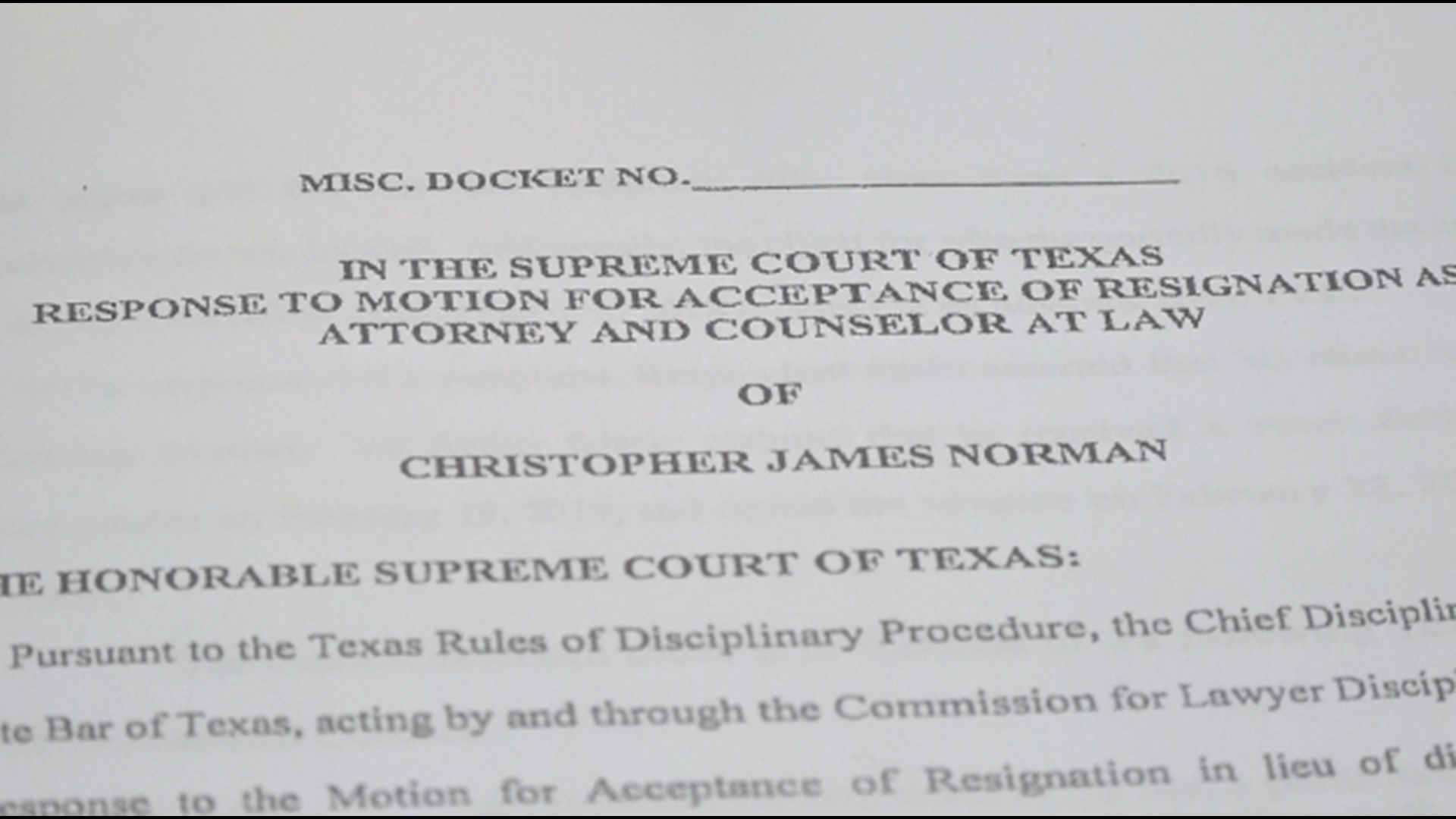 KILLEEN, Texas — On Oct. 1, the Supreme Court of Texas said the following in an order:

The order came after his clients brought a laundry list of complaints against Norman, a personal injury attorney, for failing to file cases for his clients, failing to pay medical providers, mixing personal and client funds and creating non-authentic documents, according to court documents.

But while Norman has lost his state bar card, clients said they have lost a lot more.

“My son hired him as a personal injury attorney," Lawrence Jones said. "Didn’t seem like a bad guy. A little office over here on Trimmier."

Matthew Jones hired Christopher Norman in July 2016 after he was hurt in a car wreck.

The Jones family told 6 News Norman was supposed to settle with the insurance company, pay the doctors, and provide Matthew with the rest of the settlement.

Lawrence said they waited on the attorney to get it sorted out for years.

“There was always an excuse. Call me in a month. Call me next month,” Lawrence said.

Matthew said they eventually were unable to contact Norman so he reached out to the Texas State Bar Association and Progressive, the insurance company, to find out what was going on.

Progressive sent him an email stating they had settled the case all the way back in 2017 and sent Norman a check for $20,000. Jones said Norman forged his signature to cash the check.

"I was shocked," Matthew said. "What I was expecting was that nothing had been done or he hadn't filed anything."

The Supreme Court of Texas ordered Norman to "return any files, papers, unearned monies and other property in his possession belonging to any client or former client..." in a Oct. 1 order.

Matthew said Norman made small payments to the family but still owes them more than $3,500.

However, not all clients can be payed back for what they lost.

Delores White hired Norman in a malpractice case concerning the death of her mother in 2012. She said Norman strung them along for years, but then claimed to have settled the case in 2017. She said he had documents with the doctor's name on it for the family to sign.

"It had the doctor's name on it," White said. "It had that we were settling for the amount that we settled for which was $740,000. My brother came in from Austin and signed. My sister in Killeen signed. I signed lastly.”

But Supreme Court of Texas documents stated, "Respondent (Norman) never filed a lawsuit in the matter and the statute of limitations bars the O'Neil clients for any potential remedy or damages."

White has no idea what the document she signed was, though she believes it was fake, and has lost the opportunity to refile the suit.

"Something needs to be done about him and the things that he is doing to me, and to other people," White said. "You just can't get away with these kinds of things. It doesn't seem right. "In my opinion, he needs to be in jail."

6 News reached out to the Office of the Chief Disciplinary Counsel to ask what additional actions would be taken against Norman after so many complaints. We received an unexpected answer.

"Once we disbar someone or they resign, there isn’t much we can do to them," Public Affairs Counsel Claire Reynolds said. "If they’re still taking on clients we would want people to let us know, because the Unlicensed Practice of Law Committee could file suit against them, or law enforcement could act."

That means, if the Jones family wanted Norman to face criminal charges, they would have to start the case with local law enforcement.

Lawrence was not happy to hear the family would be starting the new case at square one.

“It’s beyond surprising, It sounds to me like if you are an attorney you have a different angle on the law," Lawrence said. "You can’t be prosecuted unless people take into their own hands.

But while the Office of the Chief Disciplinary Counsel can't take additional action against an attorney, there is another option open to people looking for help after problems with an attorney.

The State Bar of Texas has a Client Security Fund, which is funded by attorney fees, to provide reimbursement for clients after an attorney steals their settlement or still owes them money after a case.

"Clients can apply to the fund for a grant in one of two situations: (a) the attorney still owes them unearned fees; and (b) the attorney stole settlement funds," Reynolds said.

"There are some limitations on the fund. The maximum amount anyone can be reimbursed is $40,000," Reynolds said. "In addition, we can’t grant money for what the attorney 'should have' gotten for the client if they’d done a better job. We can only grant money that came into the possession of the attorney but rightfully belongs to the client. Anyone who wants to apply should do so within four years of finding out."

If you live in Texas, a presidential candidate is trying to reach you 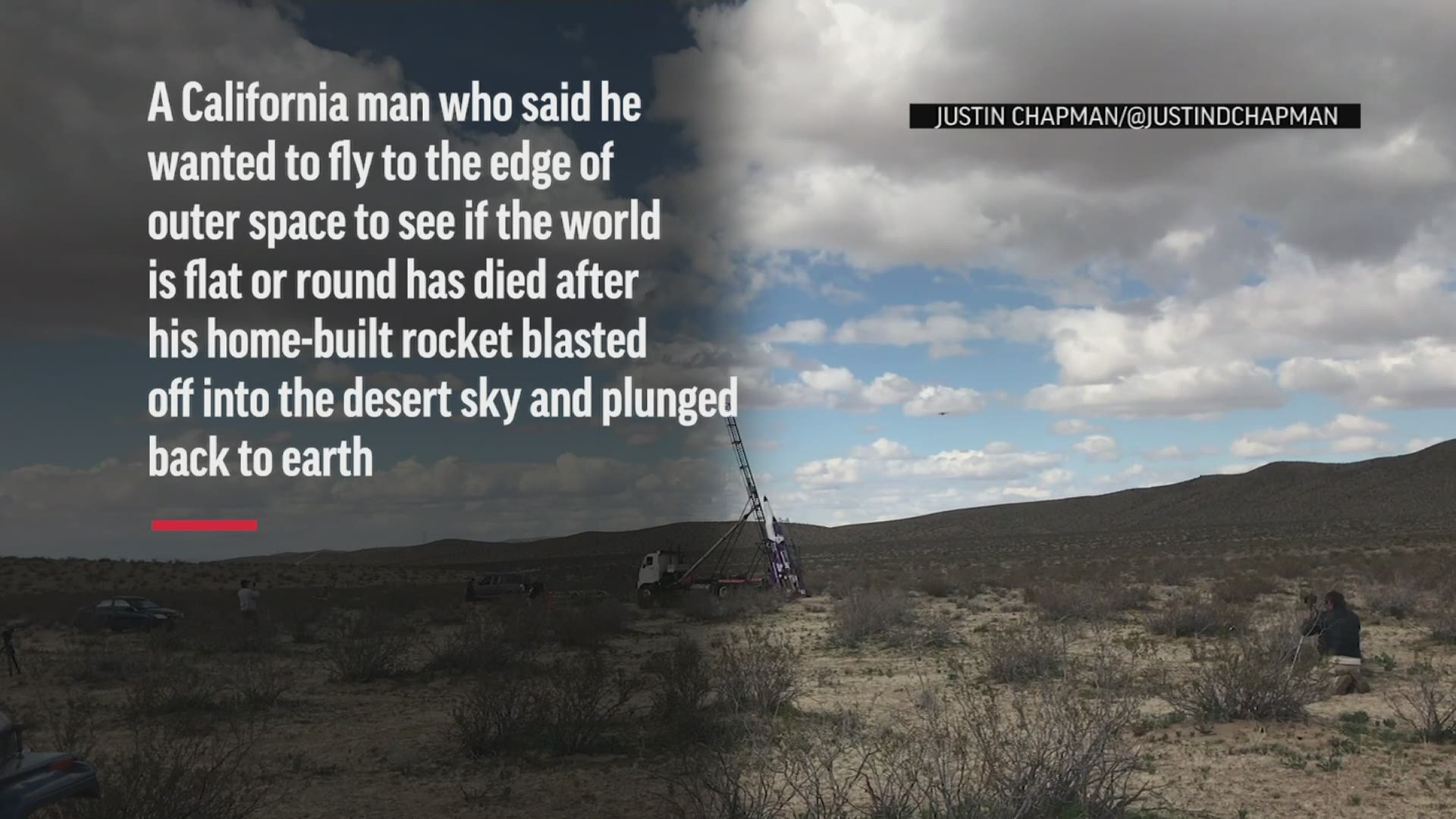