An adjunct biology professor at UMHB who interviewed for a job at the proposed Temple mall aquarium walked away with serious concerns and he wasn't the only one. 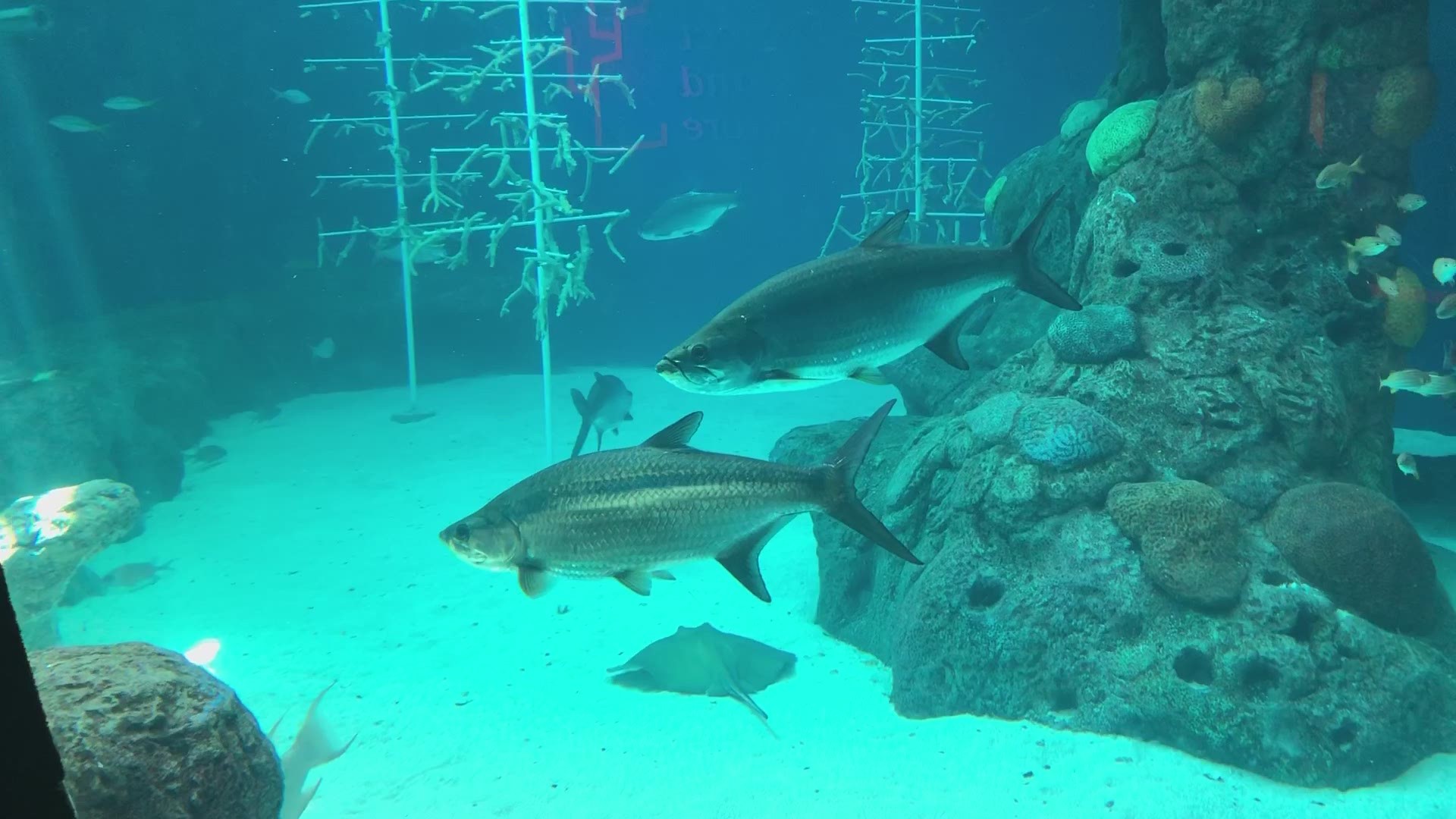 TEMPLE, Texas — A University of Mary-Hardin Baylor adjunct biology professor said he had several concerns after a job interview with the curator of an aquarium set to open inside the Temple mall.

Vitalis Dubininkas, who has a bachelor's degree in biology from Hawaii Pacific University and a related masters from the University of Aberdeen, said he interviewed with Seven Seas Aquarium curator Fidel Junco in early February.

Dubininkas said Junco told him he planned to have touch tanks at the aquarium with fish and rays that would be in place in three weeks.

Dubininkas said the timeline was a concern but when Junco told him he planned to bring in the animals just a few days before opening, he worried about their safety due to a lack of filtration.

"It's only going to be ozone. No protein skimmers, no UV sterilizers, at that point I was like 'this is not a good idea,' at least in my head," Dubininkas said. "Oils from hands, food crumbs, that would just be re-circulating and eventually probably kill the life forms."

RELATED: The 7 Seas Aquarium set to open at Temple Mall on Feb. 24

Dubininkas isn't the only scientist who had concerns with Junco's credentials.

The city of Temple sent us a letter of recommendation they received on behalf of Junco from Jeff Foster with Marine Research Consultants.

Foster said the letter is a fake.

"I did not write that letter and I wasn't aware that he used my signature either," Foster said. "I was really shocked to be on that recommendation that I didn’t write."

Foster said he had not had any dealings with Junco in many years. He said he never endorsed him and he wasn't sure of his credentials.

"He's worked with reptiles before but I'm not sure of other animal species," Foster said.

Foster said he personally had worked in the aquarium industry for 50 years as a field biologist. He is currently working with the Whale Sanctuary Project.

When we asked Temple whether a forged recommendation letter would impact Junco's ability to work with the city, spokeswoman Laurie Simmons said, not really.

"The letter of recommendation is not required for the permit, so as long as all the documents he turns in for the permit are real and not forged, we would still have to give him a permit under our code of ordinances," said Simmons.

6 News also found Junco's name in multiple news articles about multi-million dollar projects that were never completed, including one in which Junco was accused of leaving 500 tarantulas at an airport in Mexico.

Dubininkas also said Junco told him he already had the required city permits.

A post to the 7 Seas Aquarium Facebook page Friday said, "Due to some last-minute, minor adjustments and revisions required by the city's planning department, our opening is temporarily delayed. We do not anticipate this delay taking us beyond the end of the month."

Despite that post, 6 News learned Junco not only did not file any permits he didn't file a business name with the city either as of this writing.

"He needs a commercial remodeling building permit with plumbing and electrical," said Simmons. "If there is any work that is done to that facility or if it opens without the building permit being officially issued, we would issue a stop-work order immediately."

Junco told 6 News on Monday he would be available for an interview the next day but when we followed up he said he had gone to Laredo. Junco had not returned any of our calls or texts as of this writing.

A post to the 7 Seas Aquarium Facebook page on Jan. 21 said anyone who bought pre-sale tickets could simply ask for a refund which would be processed in 5-7 days.

Temple Mall General Manager Patrice Moody said she was unable to comment on the situation due to a non-disclosure agreement.

Multiple businesses close their doors on 31st street in Temple