It has now been more than a week since an Amber Alert was issued for the Houston girl. Her stepdad was due to appear in court on Monday morning, but the hearing was reset. 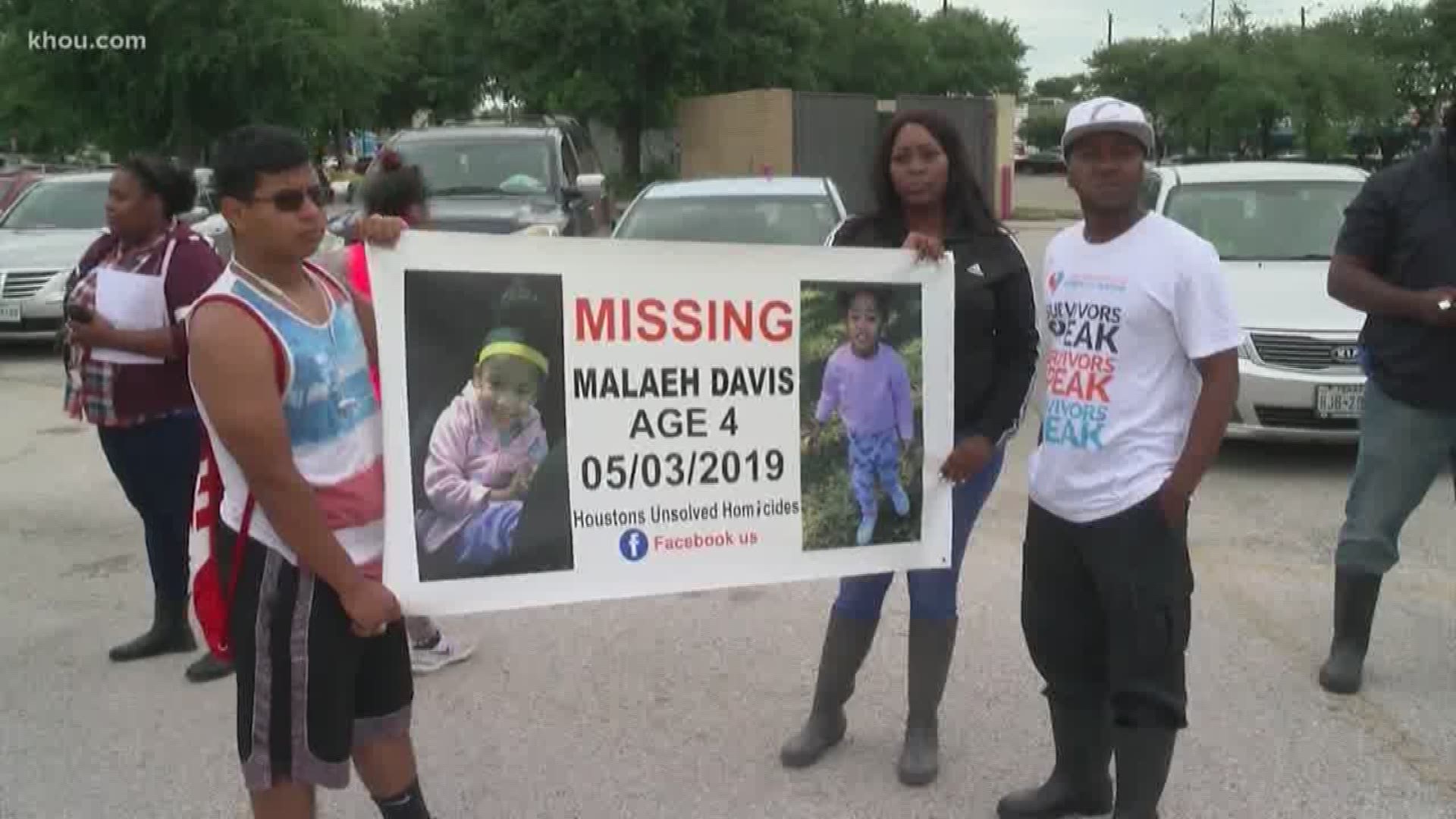 HOUSTON — **UPDATE: Derion Vence's bond has been reduced from nearly $1 million to $45,000, court records show as of Monday afternoon**

A law enforcement source has provided to KHOU 11 News what is believed to be the last image of Maleah Davis before she disappeared.

The image appears to show the missing 4-year-old Houston girl following Derion Vence into an apartment. Police say the photo was taken on April 30.

Vence has since been charged with tampering with evidence related to a human corpse, but the girl has still not been found as of Monday morning.

Vence, who family members say was the girl's stepdad, was due to appear in court on Monday morning, but the hearing was reset. In court Monday the child's mother was joined by Quanell X.

Vence remains locked up at the Harris County Jail held on a $1 million bond in connection to the disappearance of Maleah. His next court date is scheduled for July 10.

New court documents are putting together a disturbing puzzle of what may have happened to Maleah.

"I can guarantee you there will be a murder indictment on this man," said community activist Quanell X over the weekend. "Evidence from inside the apartment being analyzed right now will help us all learn the truth of what he did with her body."

They also sprayed a chemical in the bathroom that helped detect more blood not visible to the naked eye.

Investigators said the reaction happens when someone's "attempted to clean up blood." That blood has been linked to DNA on Maleah's toothbrush.

"He did this to hurt the mother in a way she would never recover," said Quanell X.

Investigators also have surveillance video of Vence leaving the apartment with a laundry basket and a large garbage bag. Detectives say it appears whatever he was carrying in it was "heavy due to his stance when he was walking."

On Thursday, police found the car Vence had reported stolen. The same laundry basket from the surveillance image and this gas can were in the trunk.

HPD cadaver dogs reacted to a scent in the trunk when it was further examined. The dogs are trained to detect human decomposition. All of it was enough evidence to charge Vence with tampering with evidence, namely a corpse.

Still no one knows where Maleah is.